The workshop provided insight and analysis of Jordan and Syria’s status quo and dynamic in a changing geopolitical context. The discussions focused on border security and the geopolitical threats at Jordan’s northern border, policy areas of economic cooperation, refugees whilst considering the regional realities and international context.
November 29, 2022 Ordering Information 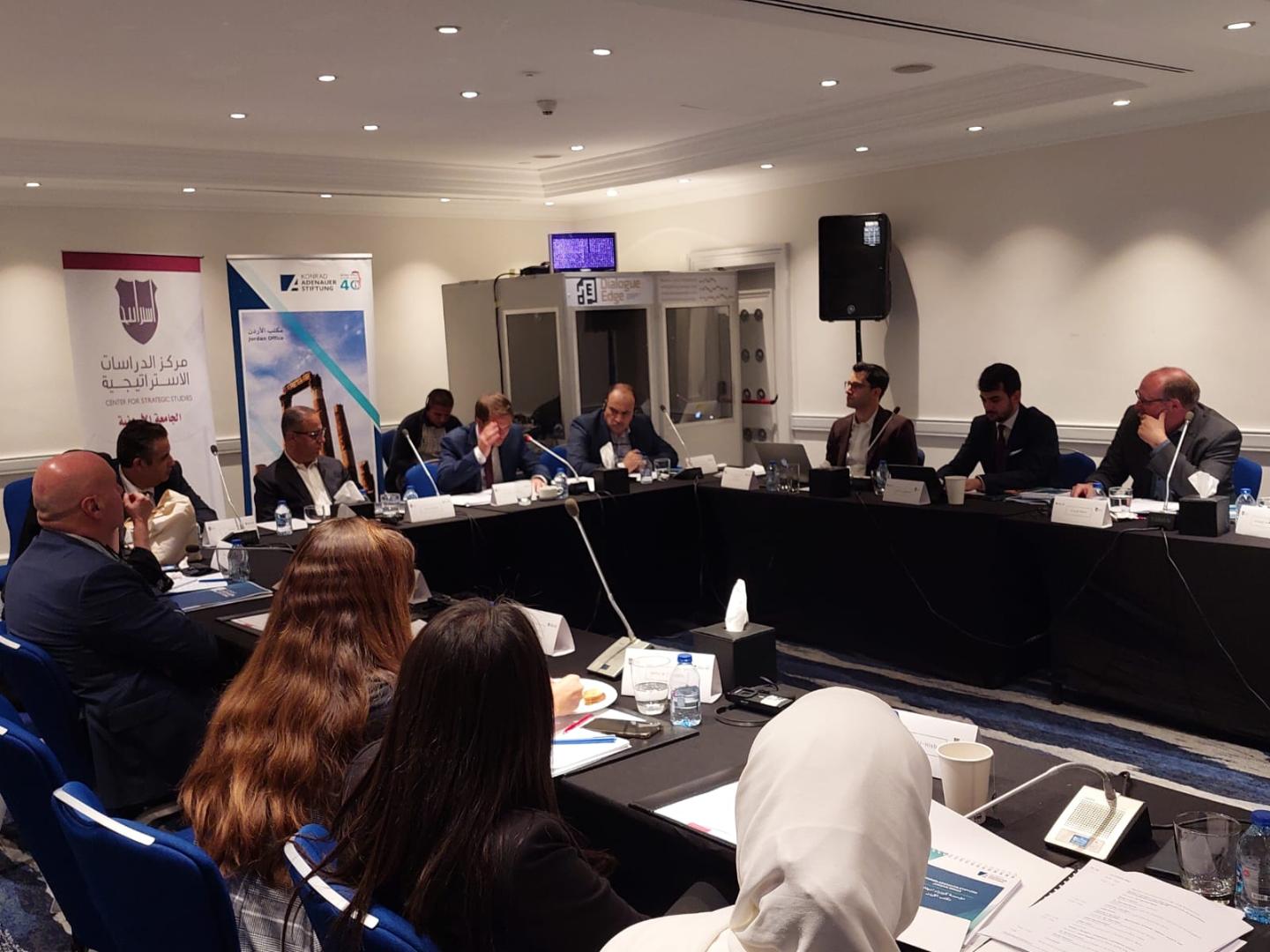 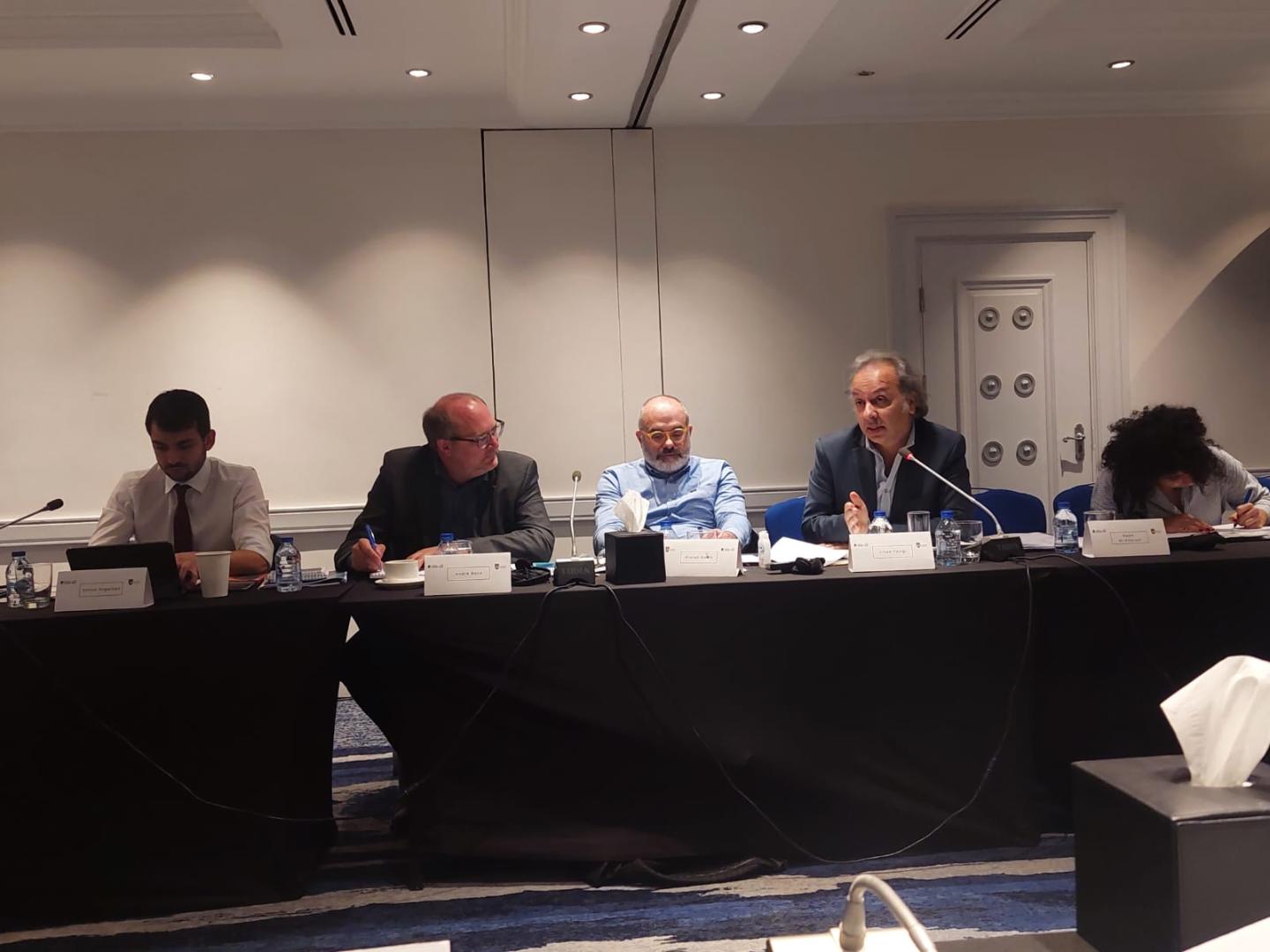 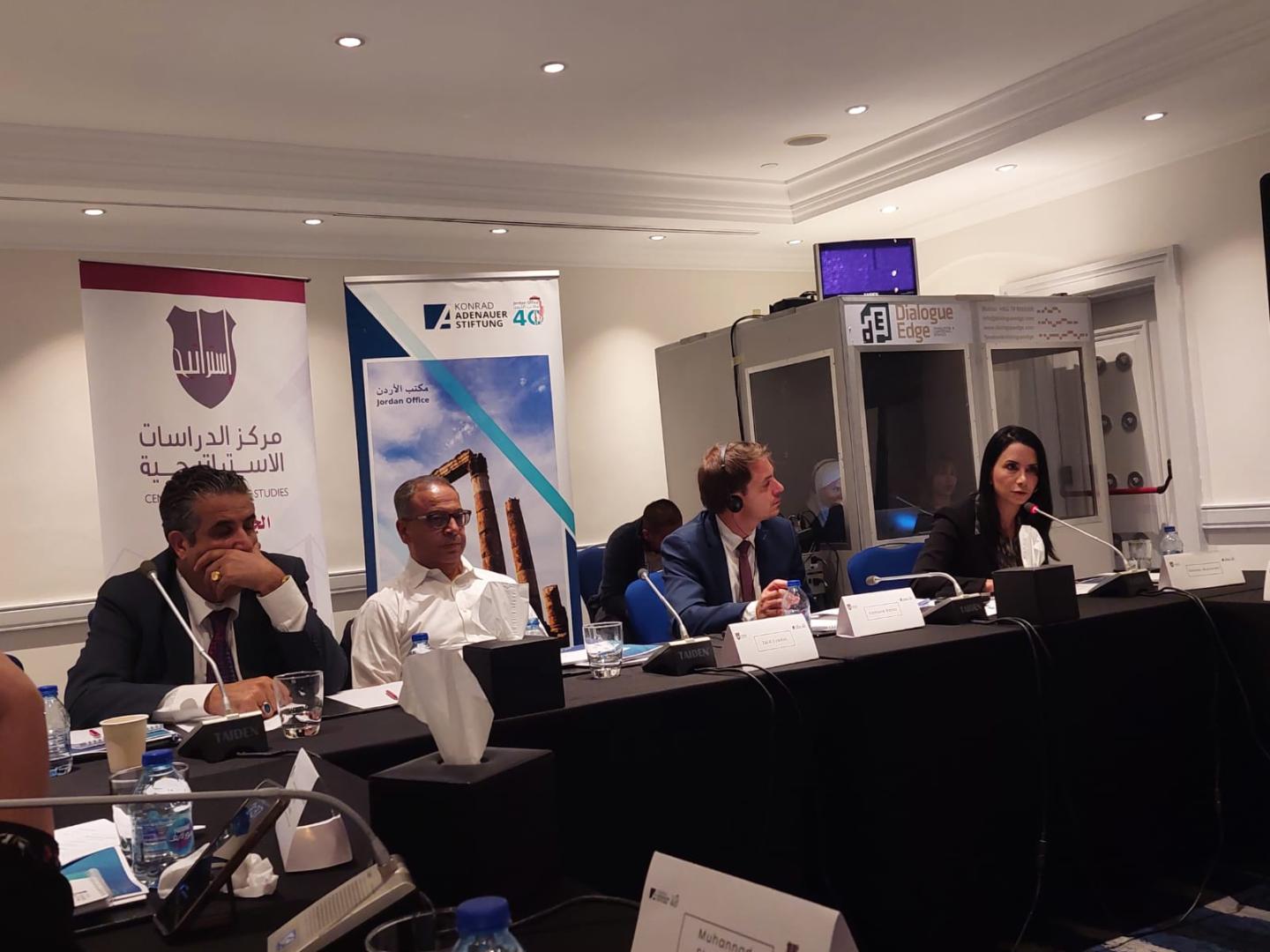 Since its founding, Jordan has entertained a dense and, at times, complicated relationship with its bigger neighbor to the North: Syria. The civil war, that has ravaged the country since 2011, interrupted the promising development of Jordan-Syrian ties. As a consequence, the Hashemite Kingdom not only lost economic opportunities, but also had to deal with the influx of over a million Syrian refugees. Given the protracted situation in Syria and the Assad regime still being in power in Damascus, Jordan has, as other Arab states, sought to intensify contacts since last year. At the same time, Western countries, including the Kingdom’s most important allies, continue their anti-normalization and sanction policy toward the Assad regime as long as no serious political process in Syria is in sight.

Against this backdrop, the Konrad-Adenauer-Stiftung (KAS) and the Center for Strategic Studies (CSS) at the University of Jordan held a 2-day closed workshop, in Amman, with regional and international experts on the topic of Jordan’s approach to Syria – interests and policy options. This event was the second in a series of workshops that examine different areas of Jordan’s foreign policy, organized jointly by both organisations.

Below you can read and download the working papers of the national and international experts on this topic. 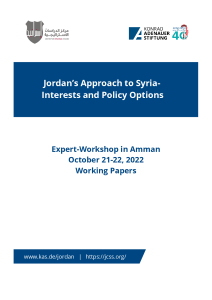