From the Cold War Legacy to a Cooperative Development Partnership

The article "German-Cambodian Relations - From the Cold War Legacy to a Cooperative Development Partnership" was writen by Rd Raimund Weiß and Mr. Robert Hör on the occasion of 25 years Konrad-Adenauer-Stiftung in Cambodia. The article outlines the relations from the early 50´s and 60´s until the contemporary relations between the Federal Republic of Germany and the Kingdom of Cambodia. It can be seen that during this period, there had been ups and downs but also an ongoing political, economic and cultural deepening and broadening process from the 90´s onwards.
March 4, 2019 Ordering Information 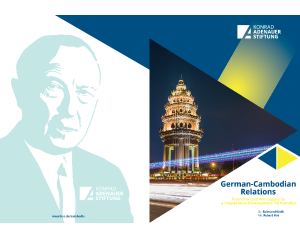 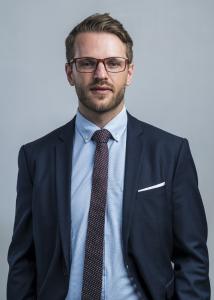 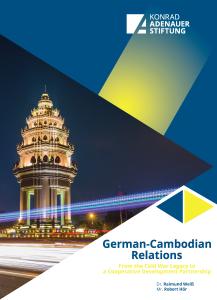