Head out of the Sand - Foundation Office Lebanon

Head out of the Sand

On the 30th of April 2018 at the Saint Joseph University in Beirut a conference was held on the current situation of the Syrian refugees in Lebanon. It was hosted by the Konrad-Adenauer-Foundation and the Middle East Institute for Research and Strategic Studies (MEIRSS).
May 2, 2018 Ordering Information 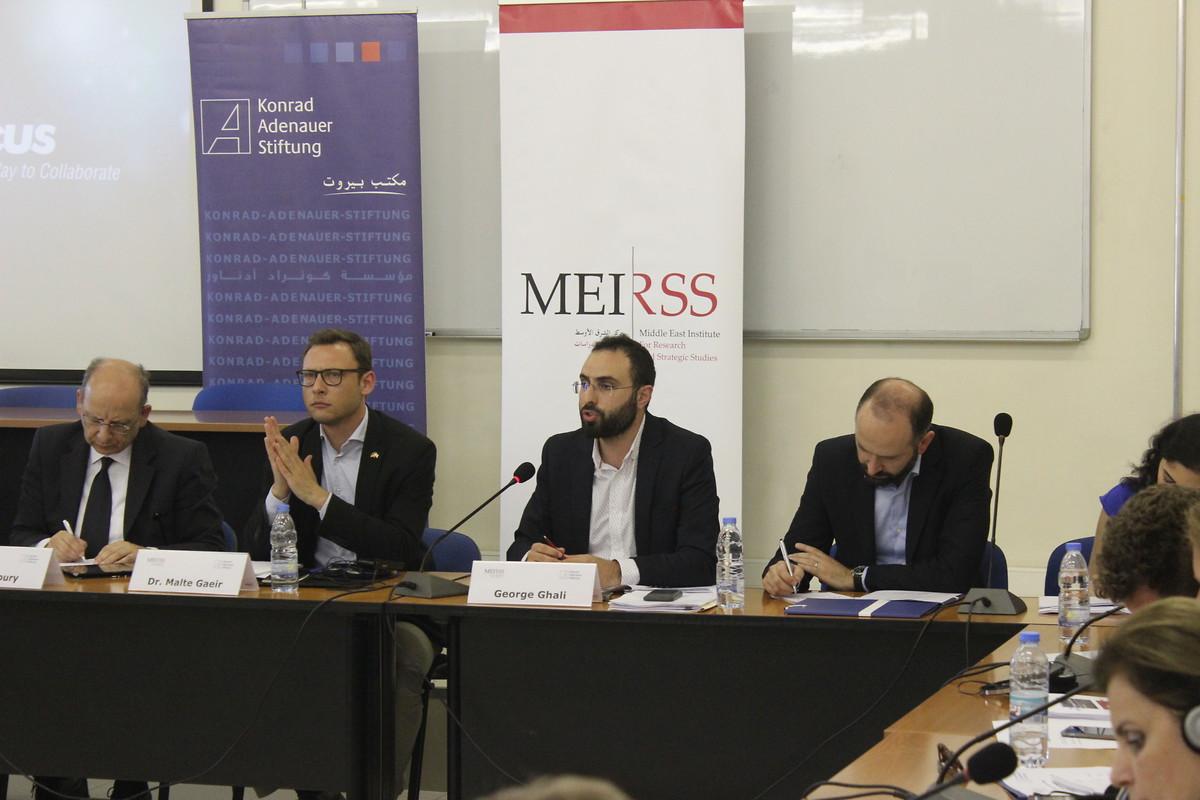 The event started with some welcoming words by Elie Khoury, the president of the Middle East Institute for Research and Strategic Studies (MEIRSS), and by Dr. Malte Gaier, Resident Representative Lebanon of the Konrad-Adenauer-Foundation. Both highlighted the importance of the topic and their wish for a constructive dialogue. Subsequently George Ghali, executive director of the ALEF-Act for Human Rights, and Dr. Elie El Hindy, director of the MEIRSS, presented their works on the refugee crisis and the possibility of returns of refugees. In the end a discussion was held on the previously presented topics, in which members from distinctive sectors like NGOs, the UN and also journalists participated.

In his policy-paper "The Head out of the Sand" George Ghali writes about the current legal and practical developments of the refugee situation in Lebanon. Thus, in his presentation he covered topics such as the refugee's legal status under a mass influx and the labour law, but mentioned resettlement and a fair international burden sharing, as well. Dr. Elie El Hindy cautioned against a division between the host countries and the international community and within Lebanon respectively. According to him Lebanon has to be more active with regard to the registration of the refugees and the discussion of a partly return to Syria.

Afterwards those statements were discussed by the members of the conference. Especially the return of refugees received some attention.

The papers "The Head Out of the Sand: Addressing the legal and practical options" by George Ghali and "Syrian Refugee Crisis: Exploring the Potential for Return" by Dr. Elie El Hindy were funded by the Konrad-Adenauer-Foundation in cooperation with the Middle East Institute for Research and Strategic Studies (MEIRSS.)

The Head Out of the Sand 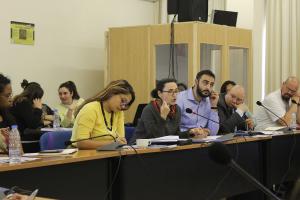