On the 21st of September, Konrad-Adenauer–Stiftung, Maison du Futur and Levant Institute for Strategic Affairs in cooperation with the Municipality of Bikfaya, organized a closed round table conference on the CEDRE conference. The conference discussion was based on two policy papers written by Dr. Sami Nader The geopolitical context and its implication on the domestic front and by Dr. Kamal Hamdan The opportunities and realization potentials.
September 25, 2018 Ordering Information 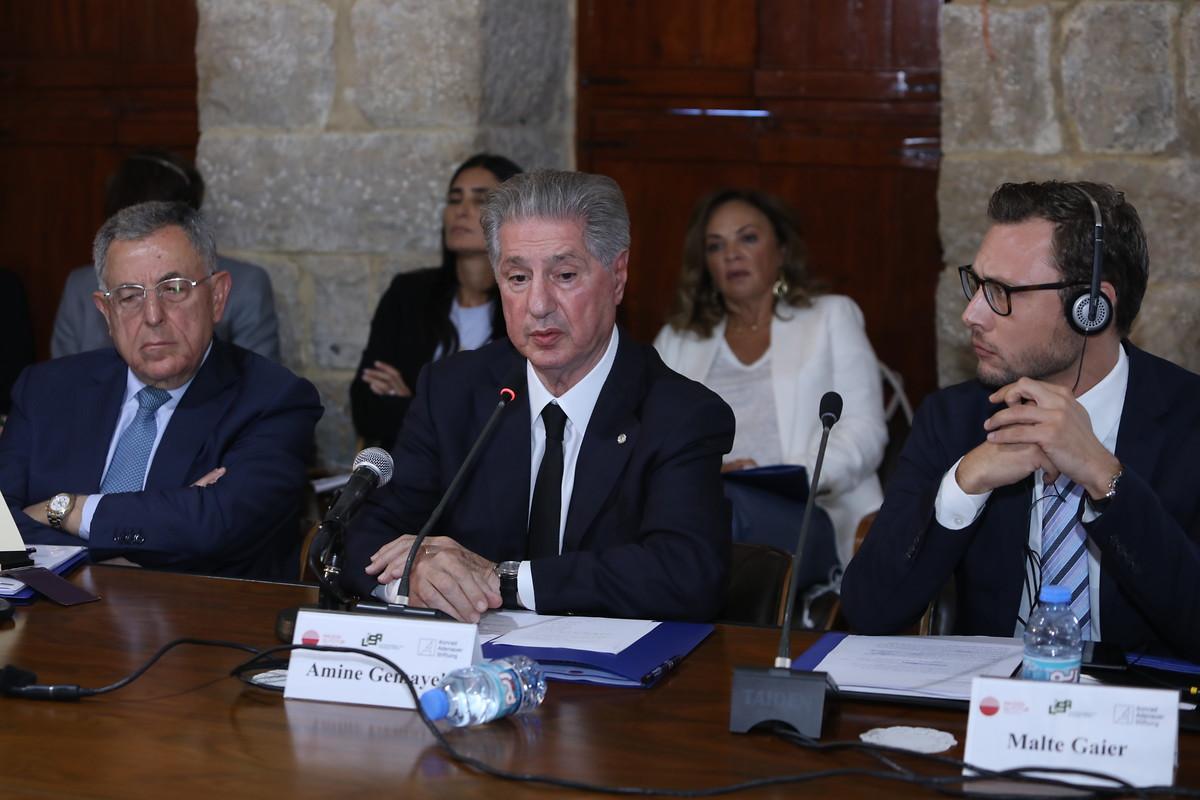 The participants were welcomed by former President Amine Gemayel and former Prime Minister Fouad Siniora, as well as by the Resident Representative of the KAS in Lebanon, Dr. Malte Gaier. Based on the two policy papers written by Dr. Sami Nader and Dr. Kamal Hamdan, several guests including politicians, economists and journalists discussed the opportunities of the CEDRE conference, its geopolitical context and possible difficulties for the implementation of economic reforms. The discussion was moderated by Dr. Nasser Yassin.

During the conference, participants had the chance to mention their remarks on the policy papers and add new thoughts to the debate. Between the various contributions, the word was given to the two researchers, as well as Mr. Gemayel and Mr. Siniora, for them to respond. Participants agreed that above all the political will has to be given for the implementation of reforms in Lebanon to succeed. Nevertheless, one must also consider the current geopolitical circumstances such as the new US Middle East policy or the new supremacy of Iran in the Arab world. Since the CEDRE conference does not bring a magical solution to Lebanese economic problems, the country has to go back to the basics in order to actually implement the demanded reforms. If this happens, CEDRE is – according to the conference participants – a great chance for Lebanon.