A country between hope and challenge

Prof. Dr. Bernhard Vogel, former Minister President of Rhineland- Palatinate and Thuringia and Honorary Chairman of Konrad- Adenauer- Stiftung (KAS) and Dr. Gerhard Wahlers, Deputy Secretary- General and Head of the Department of European and International Cooperation of KAS have been on a visit to Lebanon.
February 8, 2017 Ordering Information 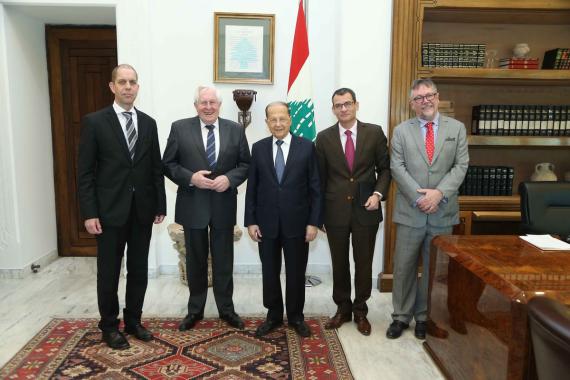 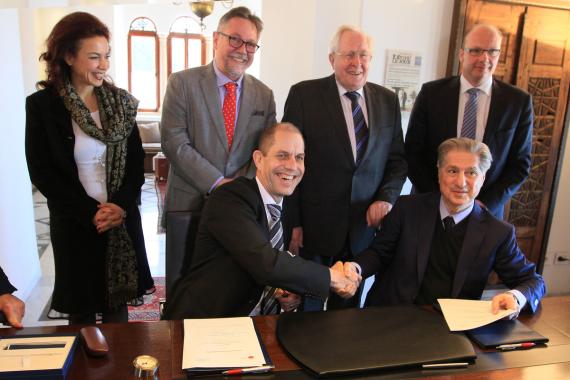 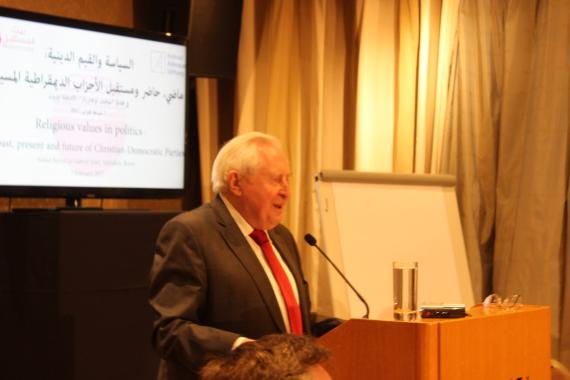 KAS
Prof. Dr. Vogel gave a lecture on religious values in politics in front of high-ranking audiences at a conference in Beirut. In the lecture, he referred to the CDU as an example for the realization of Christian values in Germany. 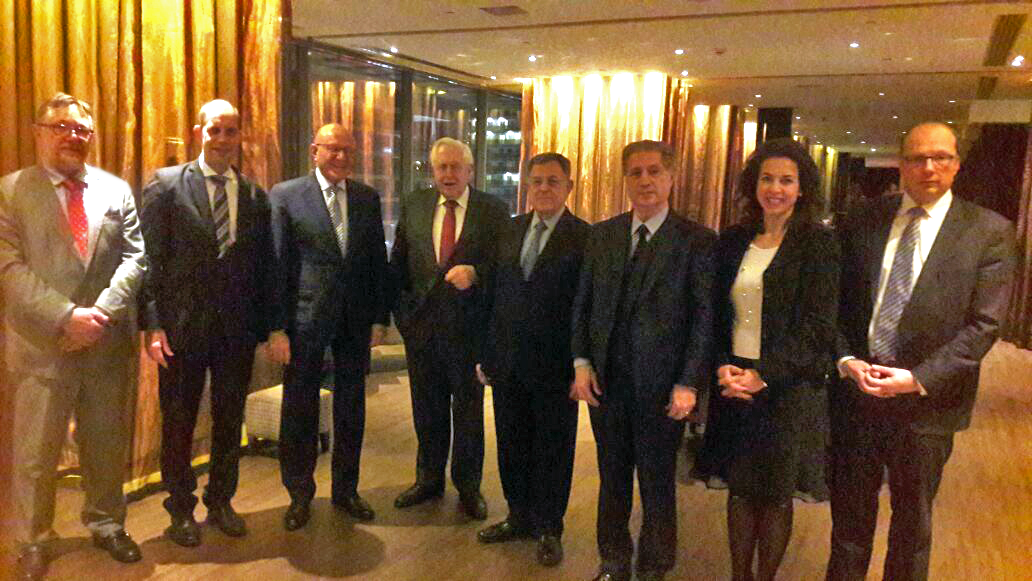 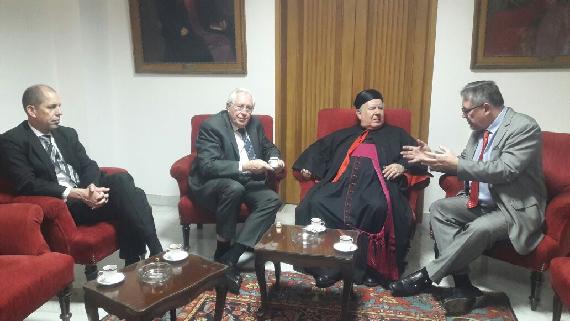 The Delegation met the Archbishop of Beirut, H.E. Boulos Matar 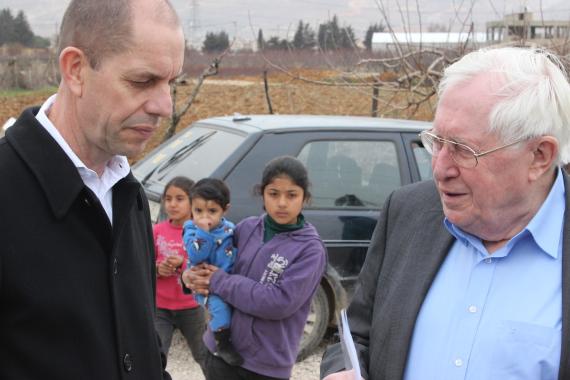 KAS
Prof. Dr. Vogel und Dr. Wahlers visiting a refugee camp in the Bekaa. They were speaking with affected families and received a briefing about the situation on the ground by representatives of the UNHCR. 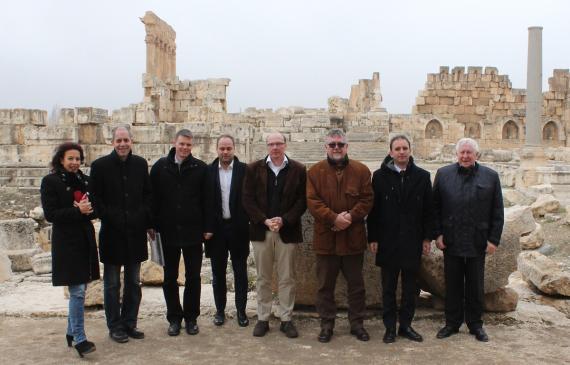 KAS
The Delegation met the Governor of Baalbek/Hermel Bashir Khodr who informed the delegation about the current situation in Baalbek/Hermel and explained the complexity of the Lebanese- Syrian border. Furthermore he offered to present his assessment of the situation to the German public. Therefore the KAS invited Mr. Khodr to an informative exchange to Germany.

In the talks it became clear how much the cedar state is between hope and challenge: after a long period of internal political stalemate, the country has a new president with Michel Aoun since a few months. At the same time, the neighboring regions do not settle down: regional instability, terrorism and the continuing flow of refugees from neighboring Syria have a direct impact on the political and economic situation of the country. In addition, Lebanon has become a stage for conflict of interests between Saudi Arabia and Iran that are struggling for regional supremacy.

"It is therefore all the more important that we continue to expand our cooperation with Lebanon, including political as well as non-state partners," said Deputy Secretary-General Dr. Gerhard Wahlers during the trip. A Memorandum of Understanding (MoU) was signed between the Konrad-Adenauer-Stiftung and its long-standing partner Maison du Futur (MdF). The goal of this partnership is to strengthen the exchange of information and opinions on conflict resolution, political and economic development and the promotion of dialogue between cultures in Lebanon and the Middle East and North Africa region. The foundation already has two offices in Lebanon. In addition to the country project Lebanon, the countries Syria / Iraq are also processed from Beirut. Lastly, the rule of law program of the Konrad-Adenauer-Stiftung for the Middle East and North Africa, which is also managed from Beirut, will be continued under a new direction.