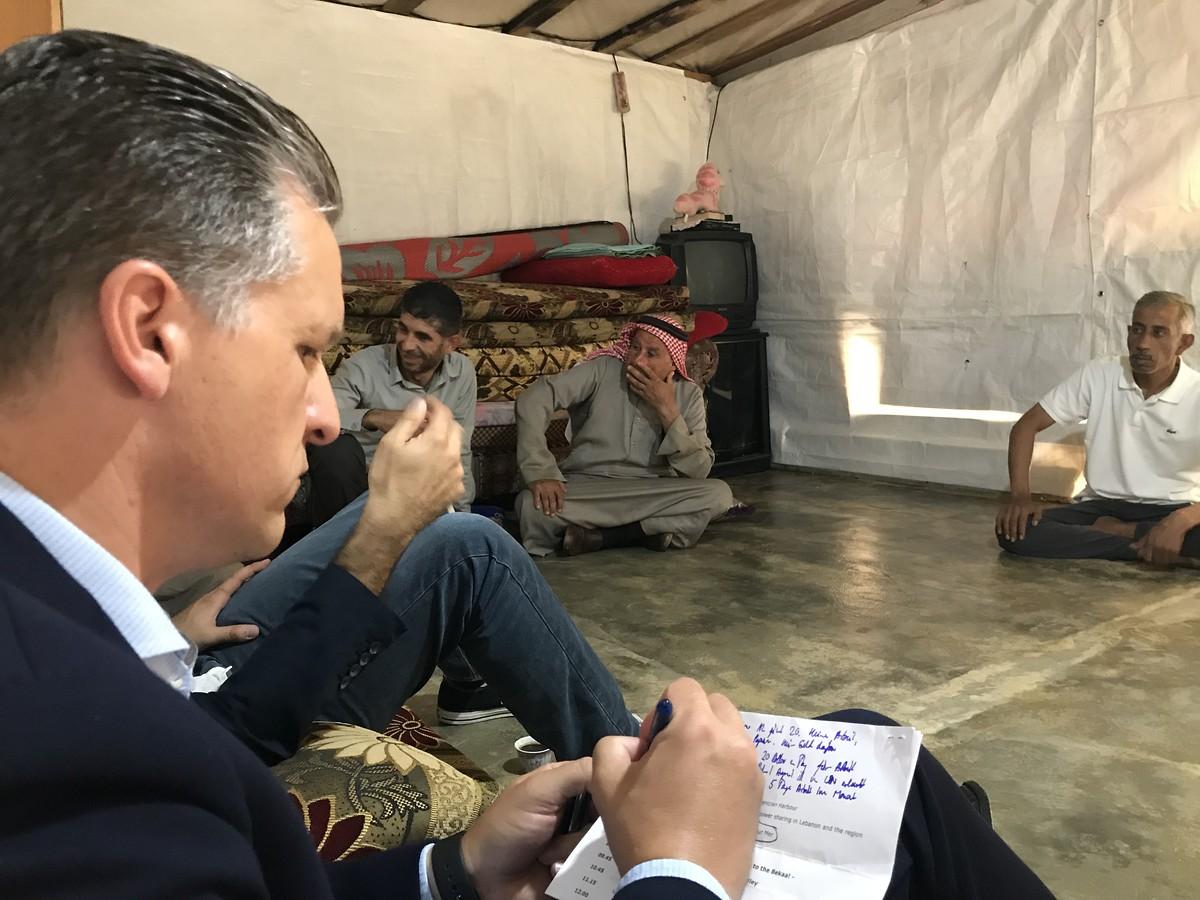 The talks focused on the current political processes and the role of different actors in Lebanon. Mr. Frei’s interests especially lay in the situation of the Syrian Refugees on the ground, their need for further assistance by the international community and the strategy adopted at their issue by the concerned authorities as what regards the post-war order in Syria. In order to gain a deeper insight into this topic, Mr. Frei visited the Syrian refugee camp in Jdita (Chtaura).