The Konrad-Adenauer-Stiftung (KAS) organized together with the Office of the Minister of State for Women's Affairs (OMSWA) a workshop to train women potential candidates either from political parties or independent running for the 2018 elections on media and political messaging to reach their voters and leave an impact on media in Lebanon.
March 20, 2018 Ordering Information 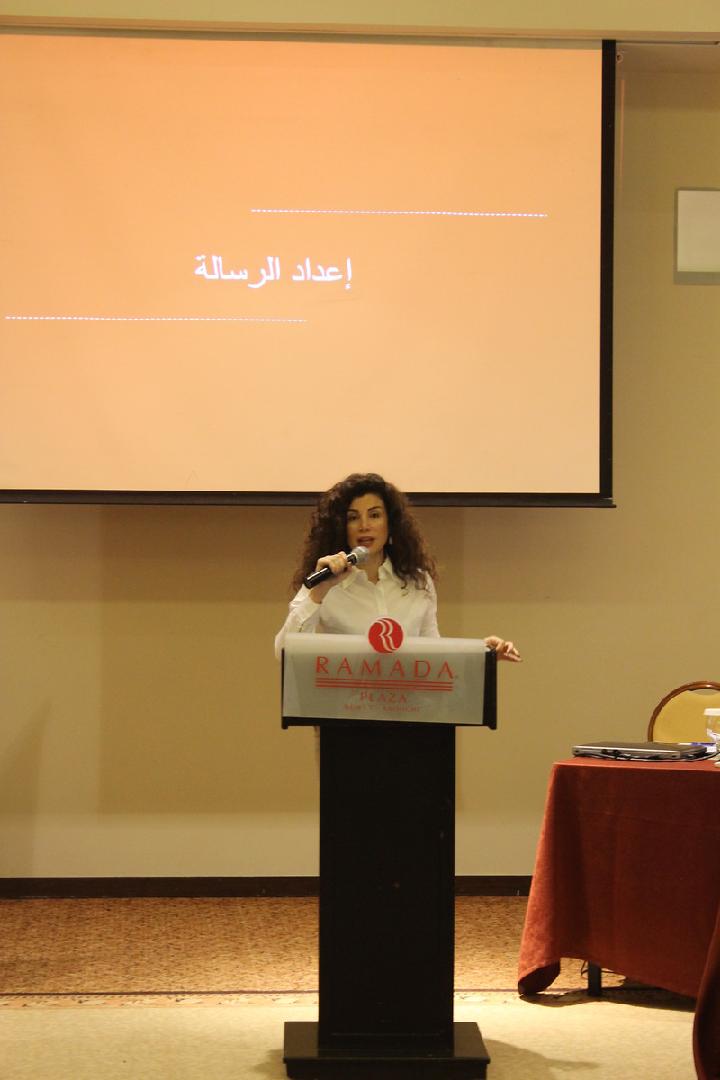 The workshop that took place on the 13th and 14th of March 2018 was attended by 22 women who are independent candidates or representatives of different political parties as well as by 15 media persons representing different media outlets in Lebanon. The workshop aimed to take measures to ensure women’s equal access to and full participation in power structures and decision-making, and adopt special measures to promote the participation of women in political and public life. To achieve this objective, it is important to provide media platforms for potential women candidates by developing their skills in media and political messaging.

Therefore on the first day of the workshop the women received training on media messaging to produce two messages: “Who I am?” and “What are my objectives?” Based on this training they had to master an exercise called “elevator pitch” on the second day while branding themselves or presenting their political goals to Lebanese and international Journalists and reporters. Every woman had to present her political message in less than 2 minutes. After this pith the media representatives coached her and advised her to change or modify her message before she moved every 5 minutes to another journalist to repeat her message taking into consideration the remarks from the previous media person. This continued until she reached the last media person where she could go to a setup studio to shoot her message. She got a short 2 minutes video with her to use on social media and the clips of all women candidates will be produced in one short movie for the Ministry’s and KAS’s professional usage. This training was followed by a networking event with representative of the local and international media.

The project gave and will give the opportunity to the women politicians to prove their reliability, accountability and trustworthiness and gave them the needed visibility which will help in shaking mentalities and changing the image of the Lebanese women in politics. It also will give an incentive for the voters to trust woman candidates and will encourage them to vote for women.