The "Geneva Telegram" explores events in Geneva-based multilateral organisations on a current topic. This time, the focus is on the 12th Ministerial Conference of the World Trade Organization (WTO).

After having been postponed several times, the 12th Ministerial Conference of the World Trade Organization (WTO) took place in Geneva from 12-17 June with a two-year delay. Originally, the high-level meeting, to which several thousand delegates of the 164 WTO members, media and other stakeholders were invited, was to take place in Kazakhstan in 2020. However, the meeting had to be rescheduled multiple times because of the COVID-19 pandemic before it finally took place in Geneva - formally with Kazakhstan as co-host. In light of the WTO's crisis, which has been going on for years, the ministerial conference was seen as an important stress test for its ability to (re-)act.
June 17, 2022 Ordering Information

After tough negotiations - including the extension of the conference, originally scheduled to end on Wednesday, until the early hours of Friday morning – partial successes were achieved on the issues that had been declared priorities in advance (reduction of harmful fisheries subsidies and food security). Moreover, the potential backsliding on one issue (moratorium on customs duties on electronic transmissions) could be averted. The agreement on an (albeit limited) suspension of patent rights for vaccines (so-called "TRIPS waiver") is a success for the WTO Director-General from a political point of view; in terms of content, there is criticism of the agreement.

In the end, it was neither the question of the Ukraine conflict and the resulting dealings with Russia nor the US-China rivalry that made the discussions difficult, but the widely diverging interests of many member states and the tough stance of India in particular.

The fact that agreements could be reached on all central dossiers is an important sign of life for the World Trade Organization and a great success for Director-General Ngozi Okonjo-Iweala and the WTO Secretariat. Nonetheless, it is only a first step for the WTO out of its crisis. 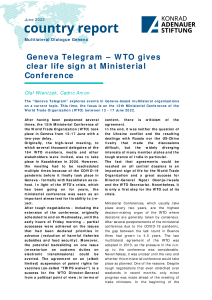 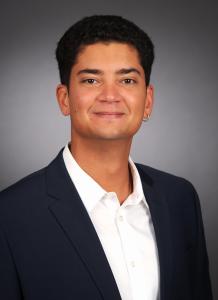