Young Experts Discuss Security Threats in Asia and Beyond

by Patrick Rüppel
15 experts from 13 different countries in the Asia-Pacific region joined the initial meeting of the KAS Network of Young Asian Security Experts in Berlin. They discussed current and strategic national security threats to their respective countries and had in-depth exchanges with German policy- and decision-makers.
April 23, 2019 Ordering Information 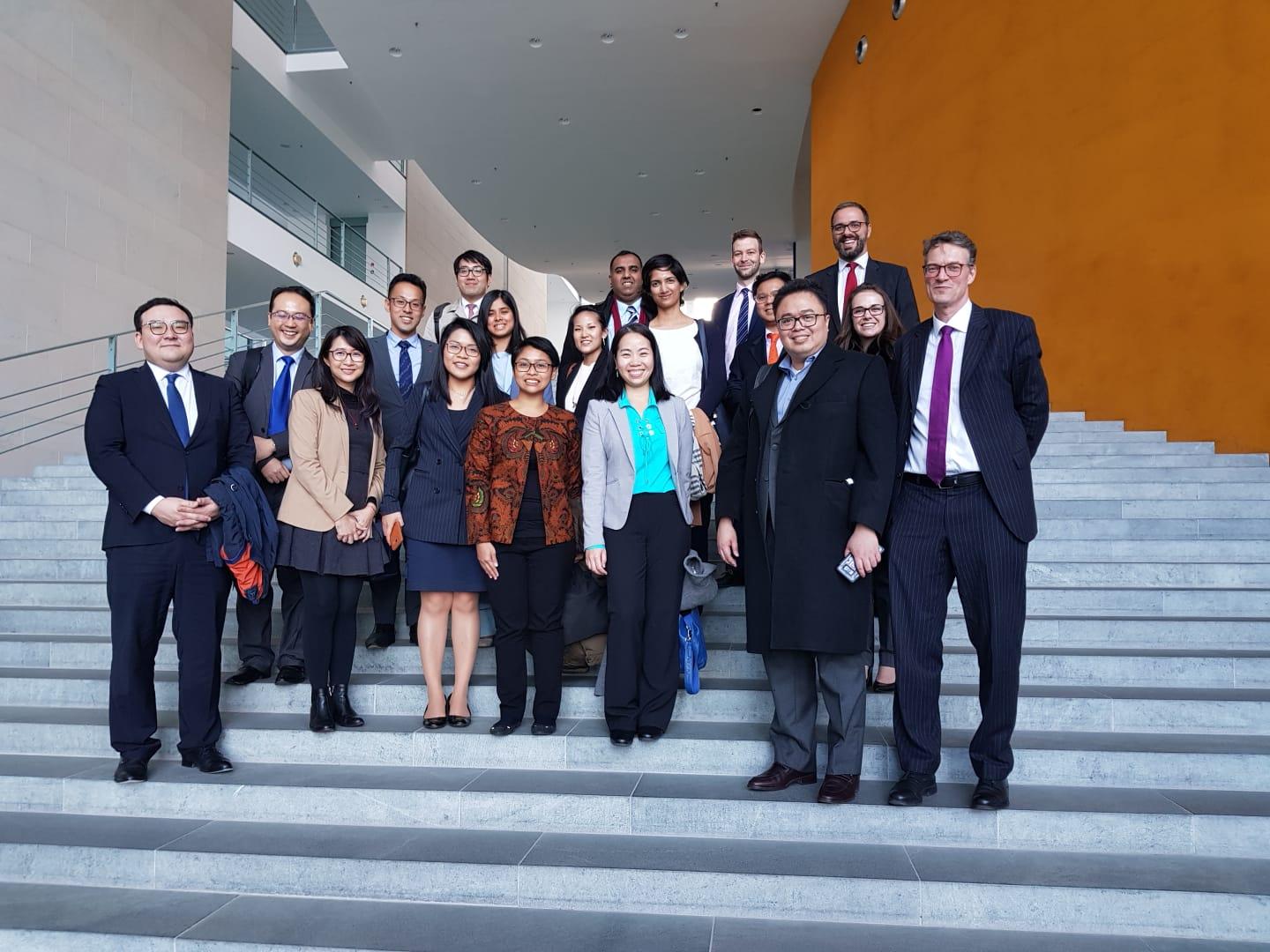 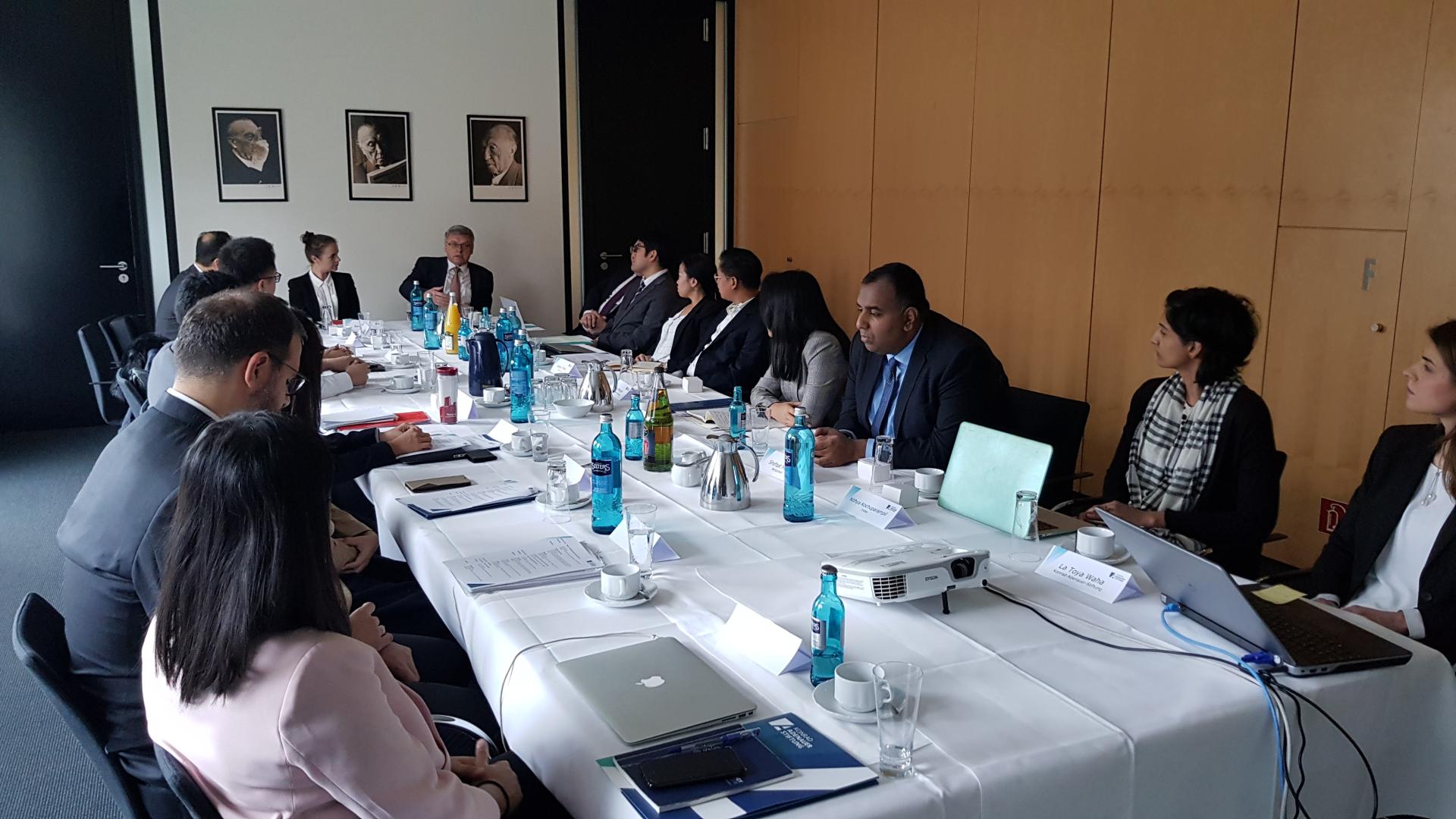 The first meeting of the KAS Network of Young Asian Security Experts from 18 to 20 March, 2019, was a great success and highlighted a number of similarities in the threat perception as well as the need for more coordination.

The first day saw an interactive closed-door workshop during which each participant had the opportunity to briefly present the most imminent security threats in her/his country, and explain long-term priorities and determining factors in their respective national security strategies. While certain differences existed in the prioritization of threats, it was possible to identify many commonalities. All participants displayed a holistic approach to national security, taking into account domestic and transnational issues, but also traditional and non-traditional challenges. These include not only foreign interference, territorial disputes, violent extremism and terrorism, threats in the cyber domain, armament and nuclear proliferation, but also softer topics such as societal harmony and unity, growing polarization in terms of inequality and political views combined with less willingness to make compromises, and climate change related risks. Due to this growing complexity and interconnectedness of security threats, the participants underlined the need for innovative, creative and comprehensive solutions.

On the second and third day, the group held political meetings at the Federal Chancellery, Federal Foreign Office, Federal Ministry of Defence, German Bundeswehr Joint Forces Operation Command, as well as with Members of Parliament and Asian Embassies to Germany. In addition, they met with the German Institute for International Security Affairs (SWP), German Council on Foreign Relations (DGAP) and the KAS Working Group of Young Foreign Policy Experts. These talks provided the participants with detailed insights into various fields of national security threats in Germany, but also policies the country has in place to tackle these challenges, both domestically but also internationally in cooperation with its partners from Asia.

The KAS Network of Young Security Experts is a new initiative of the Regional Programme Political Dialogue Asia of the German Konrad-Adenauer-Stiftung (KAS). The aim of this project is to establish a group of young experts from the Asia-Pacific region who work in the field of foreign and security affairs.

Through different political discussions and exchanges, the network shall function as a platform that enables its members to develop a comprehensive understanding for the threat perception of the individual countries in the region, their respective national security priorities and strategies as well as transnational security issues. Consequently, the experts will be in a position to foster trust, increase predictability, identify common interests and collaborative solutions to current as well as possible future security risks; ultimately, improving their strategic foresight capabilities.

In addition, the involvement of selected experts shall provide the participants with an opportunity to gain deeper insights into the security debate in Germany and Europe. They will be able to identify common priorities between Europe and Asia. Likewise, the European counterparts can learn from the perspectives and expectations of the Asian experts as to what role Europe and Germany, in particular, can play in developing a global security architecture and contributing to a more active foreign and security policy. ​​​​​​​ 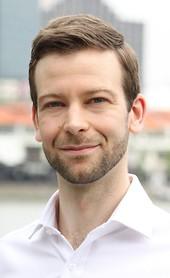 A New Epicentre of Terrorism?