Political stability, sustainable economic development, and the creation of opportunities for younger generations in North Africa and the Middle East are crucial for the future of Europe. Eight years after the Arab Spring, many parts of the region are still struggling with the consequences of armed conflict, an imbalance of power in favor of the executive, and challenges to the rule of law. At the same time, several countries have undertaken significant reforms. Initiatives to improve institutional structures and procedures are abundant. What does German and European foreign policy and development cooperation need to be aware of, and what can be done in order to foster the rule of law, efficient administration and a level of freedom that allows for investments, innovations and social peace in the region?
October 10, 2019 Ordering Information 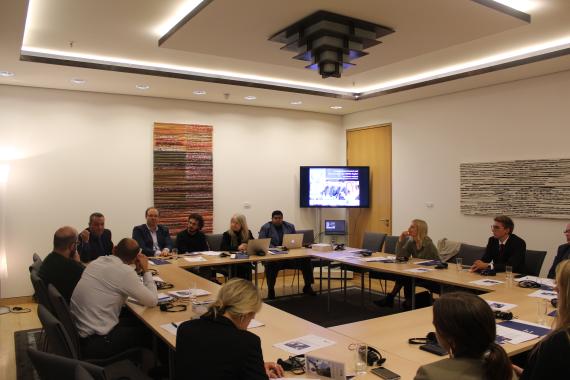 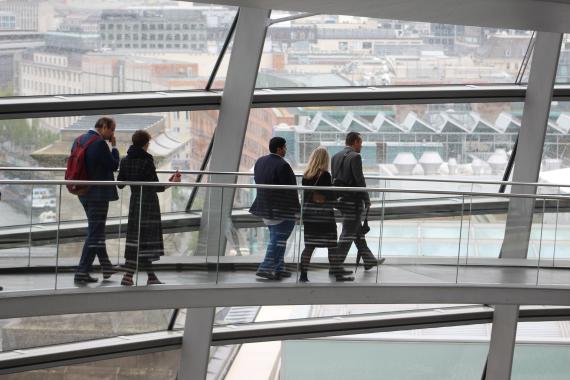 Visit to the German Bundestag. 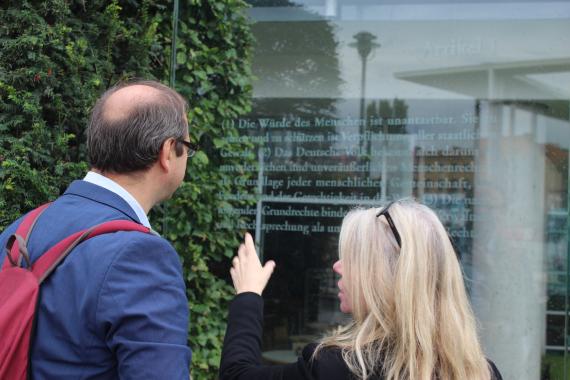 Installation on the parliamentary complex displaying the first 19 articles of the German Consitution. Article 1 (1) Human dignity shall be inviolable. To respect and protect it shall be the duty of all state authority. (2) The German people therefore acknowledge inviolable and inalienable human rights as the basis of every community, of peace and of justice in the world. (3) The following basic rights shall bind the legislature, the executive and the judiciary as directly applicable law. 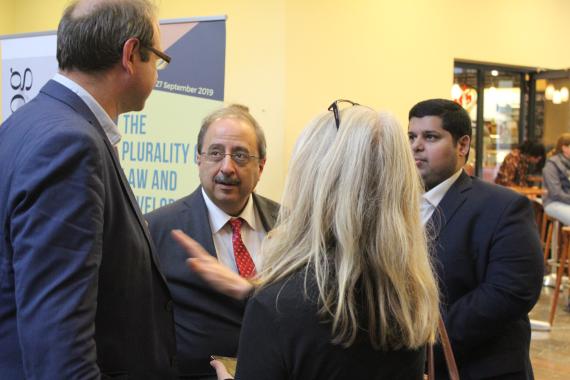 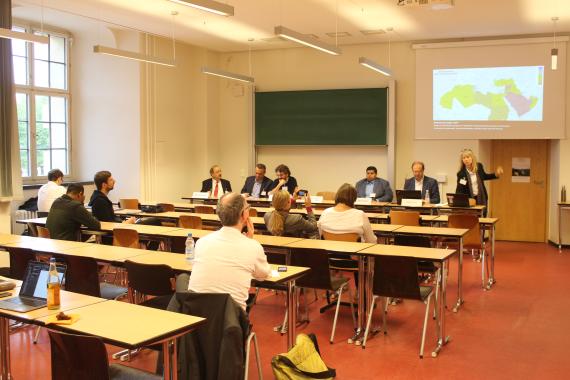 From September 24th to 27th 2019, the Rule of Law Programme Middle East / North Africa of the Konrad-Adenauer-Stiftung presented the findings of its workshop series “Mapping Constitutional Control in the MENA Region”, to a political and academic audience in Berlin. The workshops were held with selected partners from 2017 – 2019 and brought together justices, scholars and politicians to discuss the functioning of constitutional review institutions in order to compile a comprehensive overview of the status quo and its challenges in the respective states. Five participants were selected to present and discuss their contributions during a political roundtable at Allianz Forum and the 2019 LDRN (Law and Development Research Network) Conference at Humboldt-University of Berlin.

During the roundtable at Allianz Forum Berlin on September 24th, the invited participants outlined recent developments in constitution-building, especially in Yemen and Lybia as well as the general question of judicial independence. Furthermore, the discussion targeted the consequences of past reforms in Egypt, the jurisprudence on individual liberty rights and religious freedom in Kuwait (especially with regard to similar arguments in Europe), as well as on the work of NGOs regarding legal reforms in Tunisia and Lebanon. The roundtable was followed by a small reception that provided the possibility to continue the discussions in smaller groups.

At the 2019 LDRN Conference, held at Humboldt University of Berlin from 25th – 27th of September, the participants had the opportunity to establish networks with peers from other regions of the world. While regions such as South America, India and Sub-Saharan Africa were strongly represented at the conference the five participants invited by KAS were the only representatives of the MENA region. On Friday, 27th of September, Dr. Anja Schoeller-Schletter conducted a panel to present and discuss the “Mapping” project together with the invited participants. Among others the panel was attended by Dr. Philipp Dann (Professor at HU Berlin), Dr. Markus Böckenförde (Professor at CEU) as well as Dr. Franzsika Rinke (Int. Coordinator Rule of Law Programmes at KAS).

During both presentiations, but particularly in the round-table discussion at the Allianz Forum, the hope for a stronger and more serious interest in the region was expressed by the participants. It was critically noted that, although Germany is highly involved in supporting the region financially, there is still a lack of control mechanisms to monitor how funds are spent in the field. Projects such as the Rule of Law Programme Middle East / North Africa that strengthen regional scholarship, but also structural approaches for an independent and more efficient judiciary were described as far too rare.