A whole day round table in cooperation with the Lebanese Foundation for Permanent Civil Peace in Beirut, Lebanon.

On Thursday, the 28th of April 2022, the Rule of Law Program Middle East and North Africa of the Konrad-Adenauer-Stiftung (KAS), in cooperation with the Lebanese Foundation for Permanent Civil Peace (LFPCP) and in collaboration with the Lebanese Parliament and the Arab Inter-Parliamentary Union organized a one-day roundtable and discussion session entitled “strengthening parliamentary oversight to enhance accountability and transparency”. The workshop took place at the Library Hall of the Lebanese parliament, with the participation of ministers, MPs, judges, jurists, civil society actors and law students.
May 8, 2022 Ordering Information 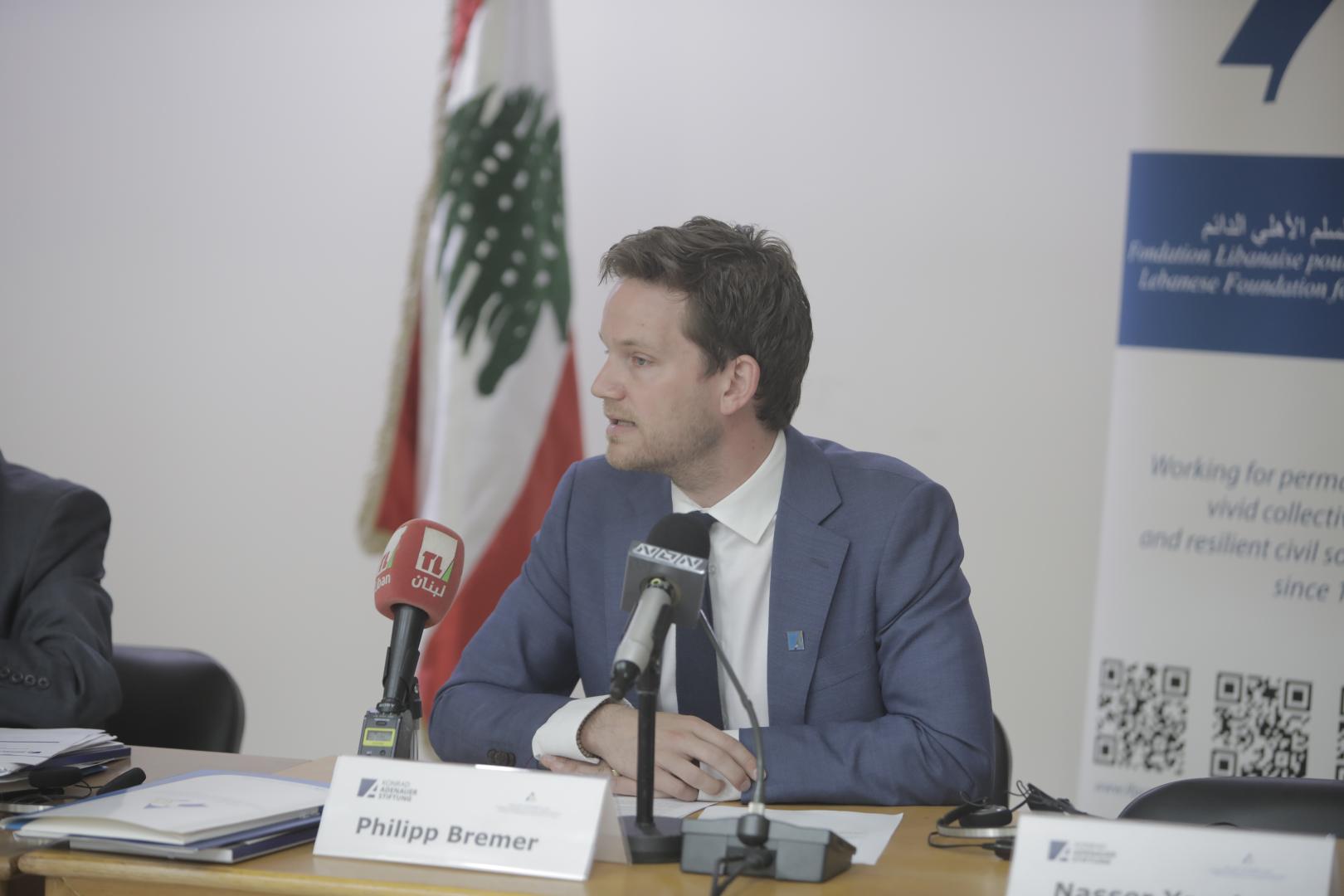 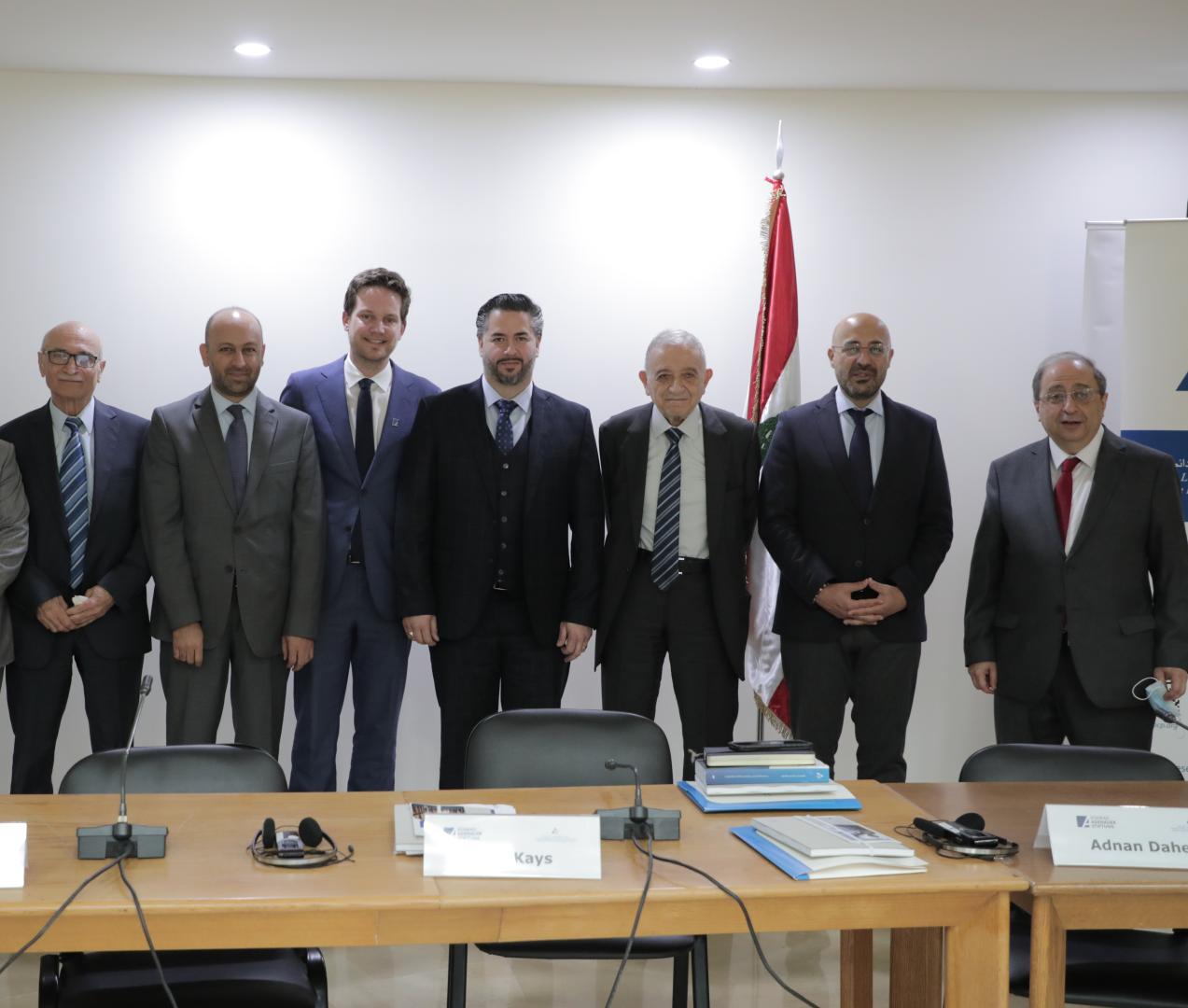 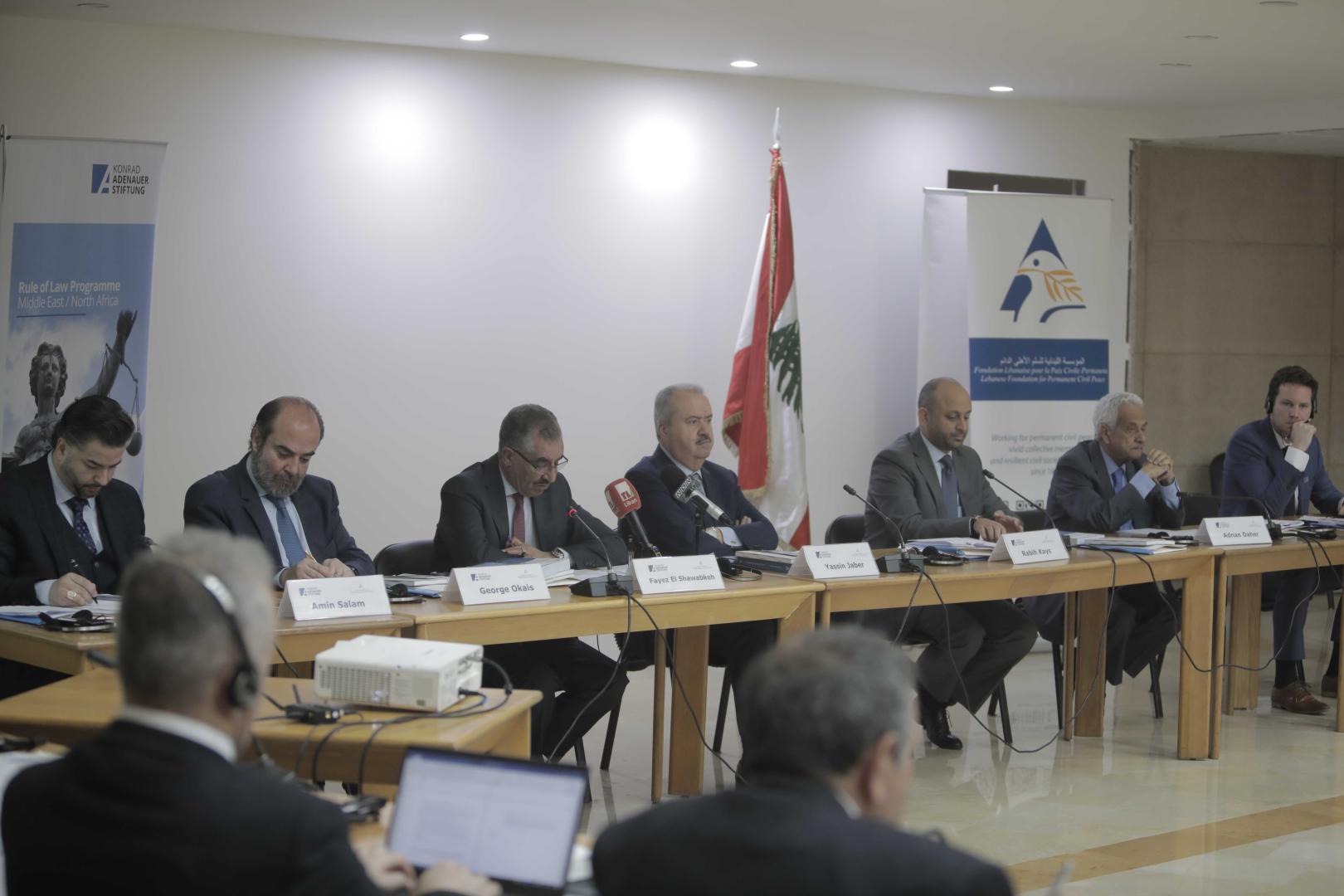 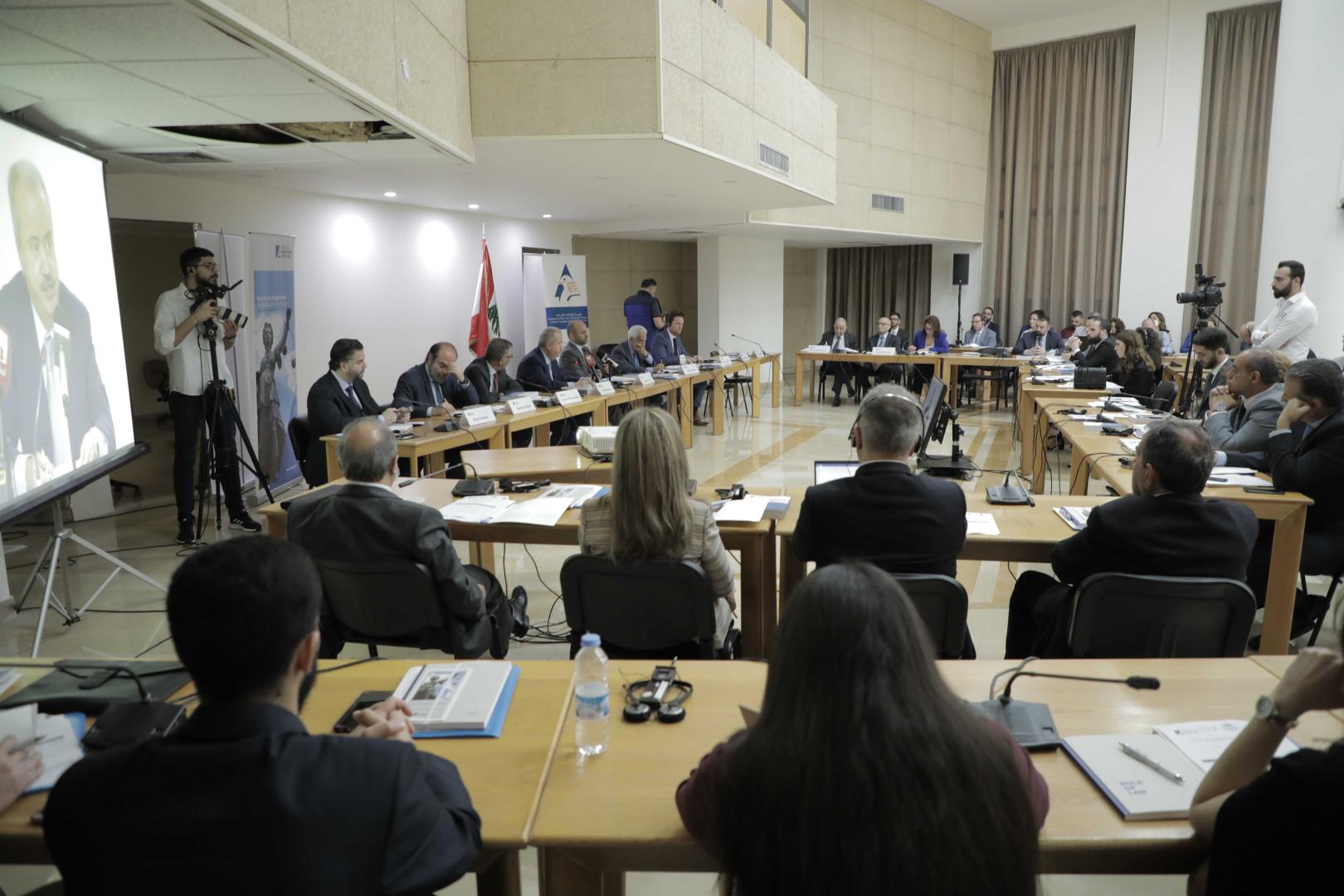 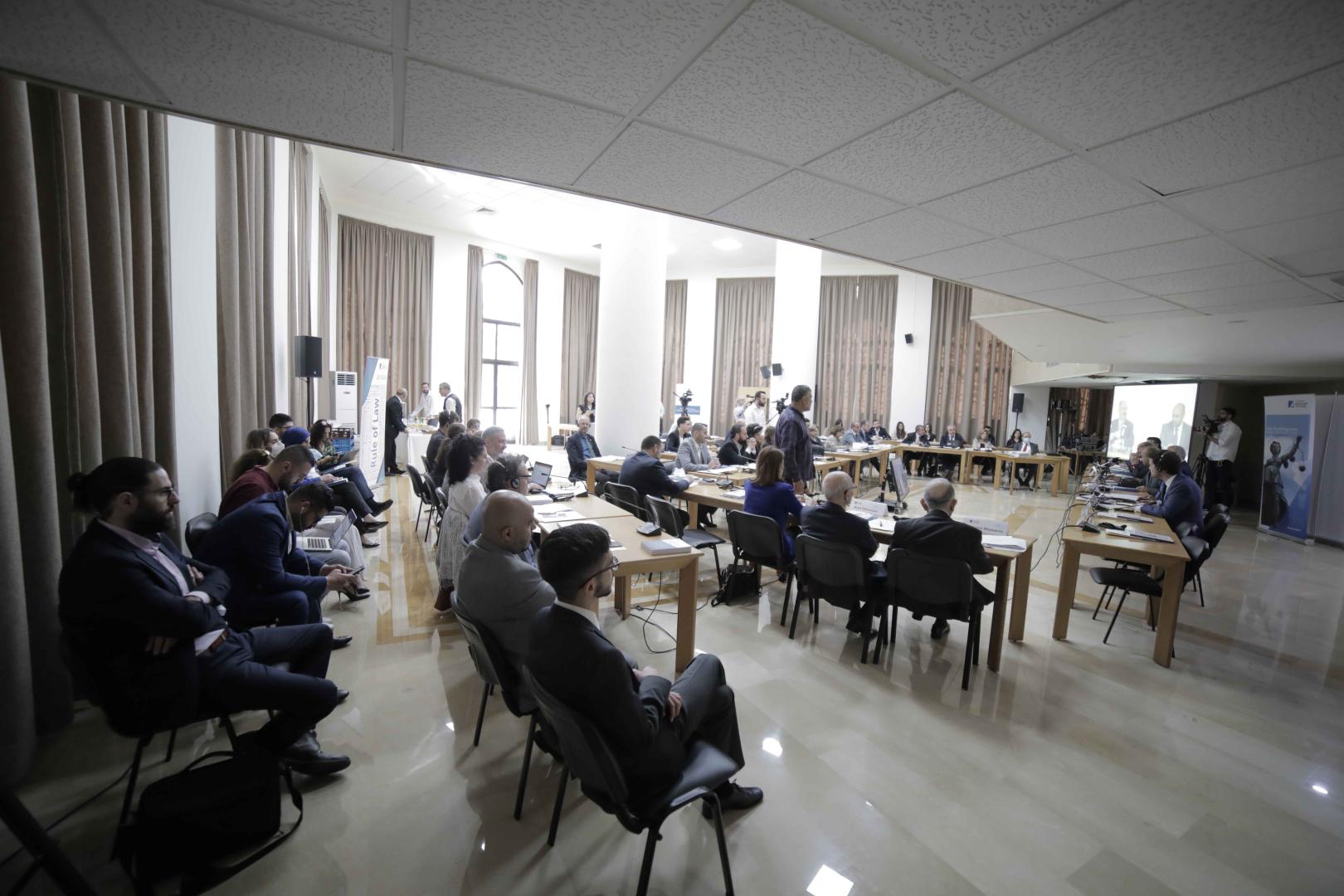 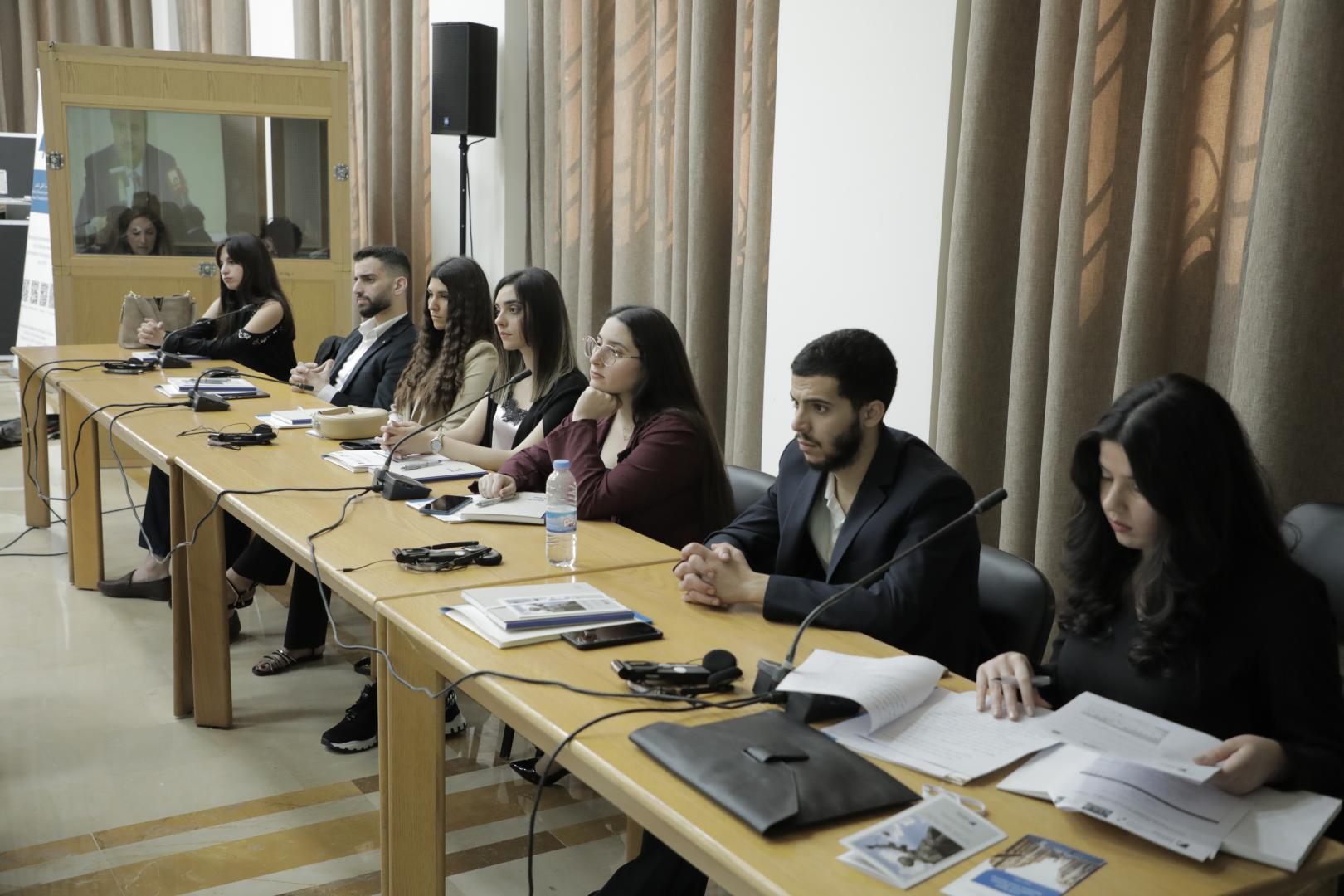 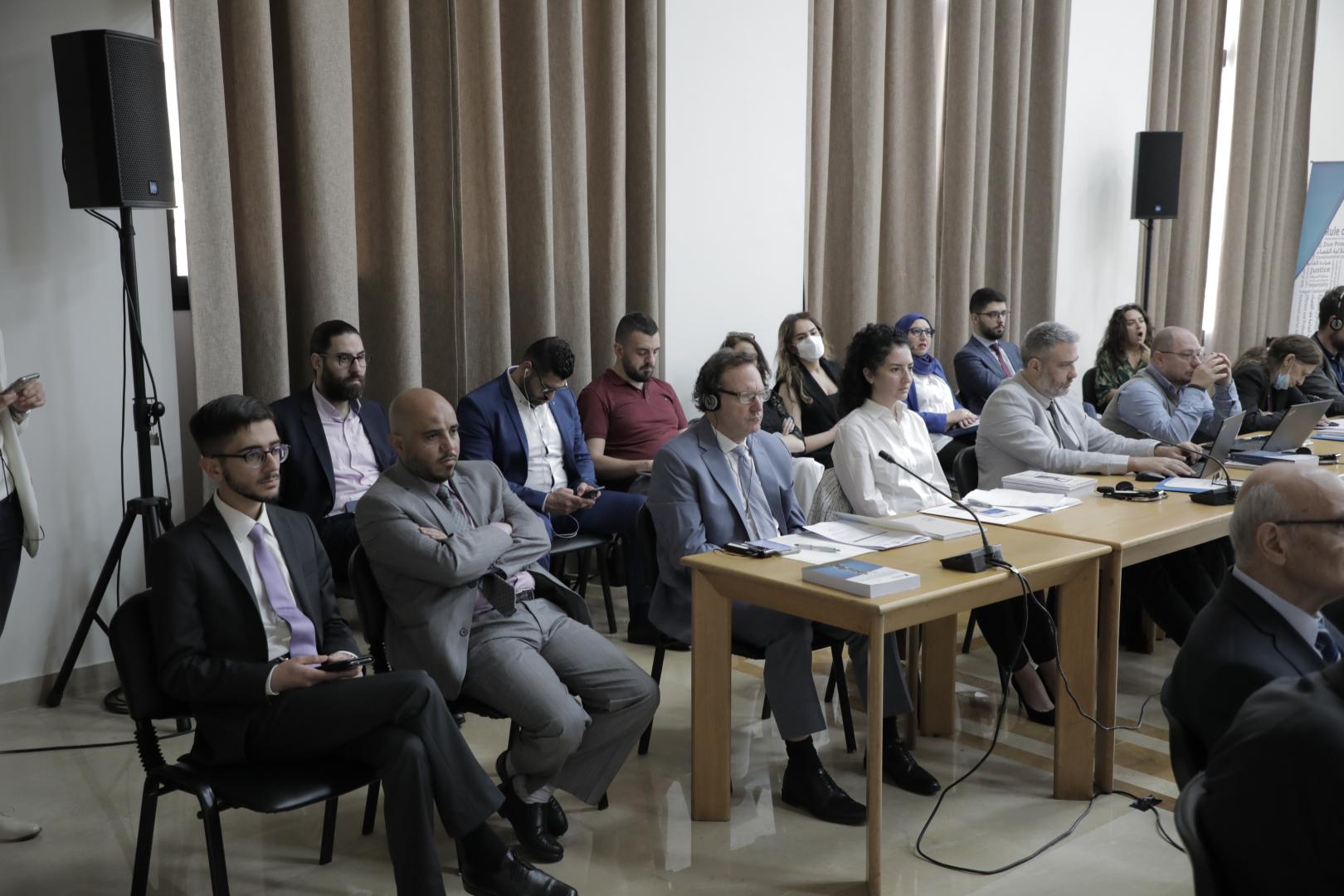 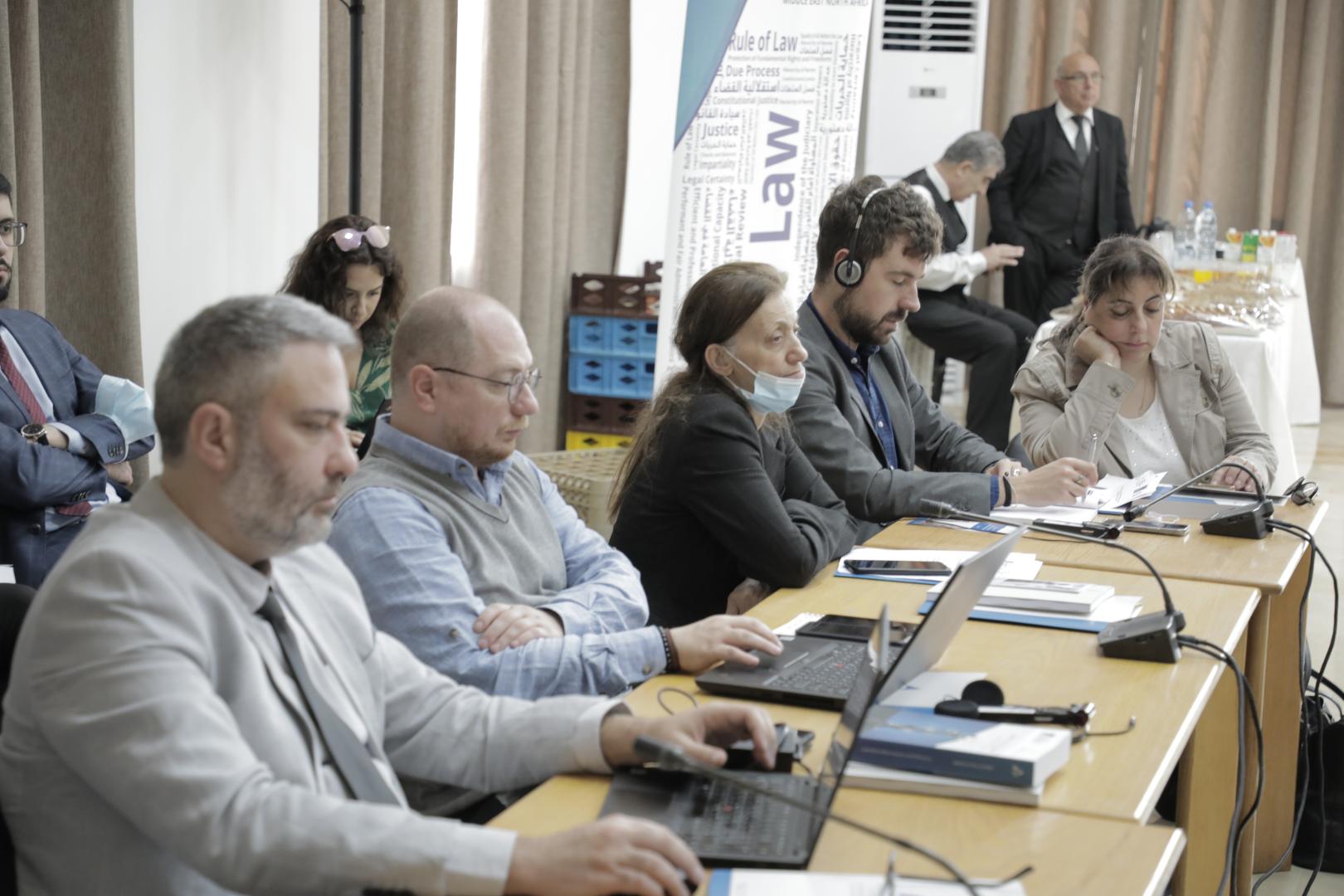 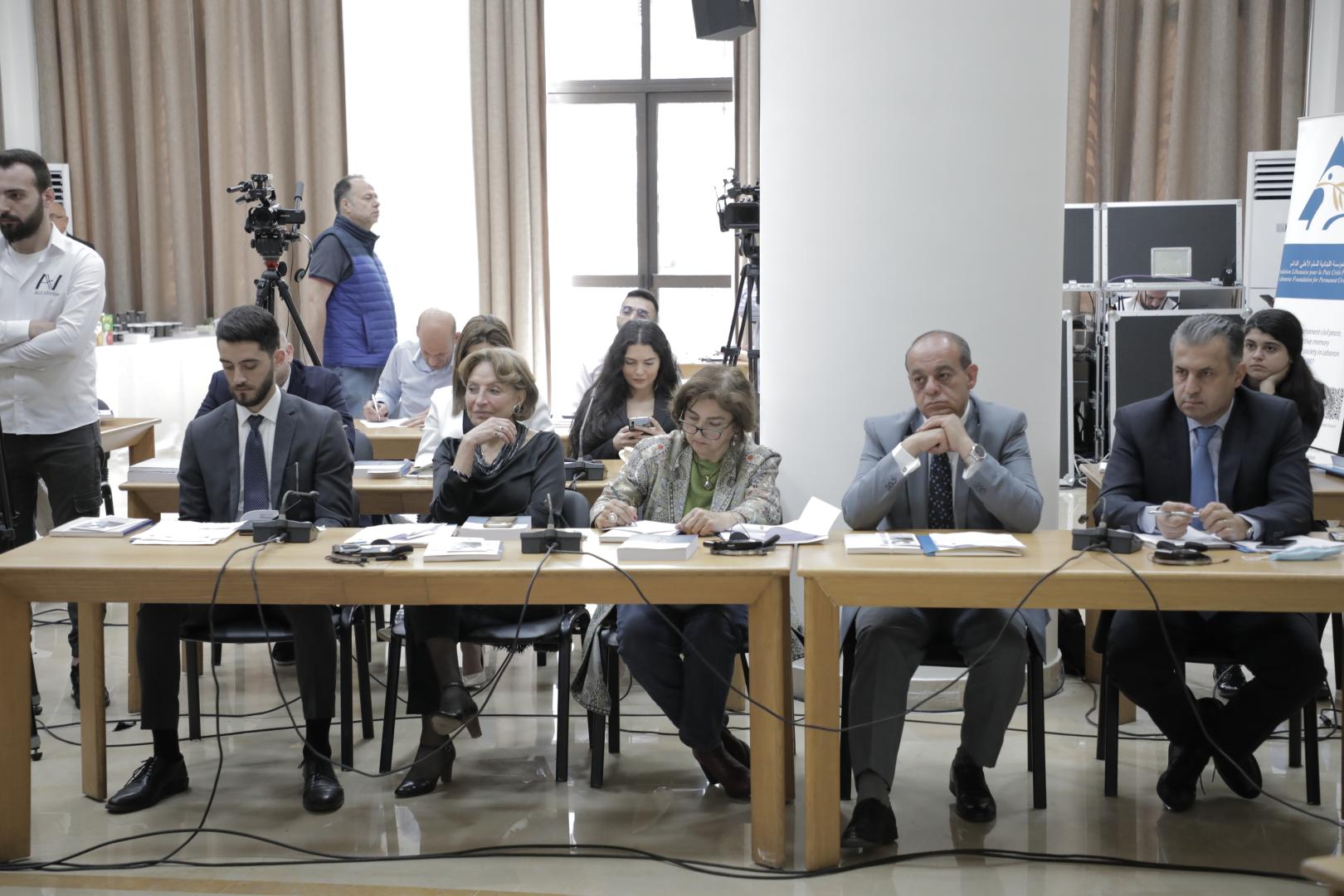 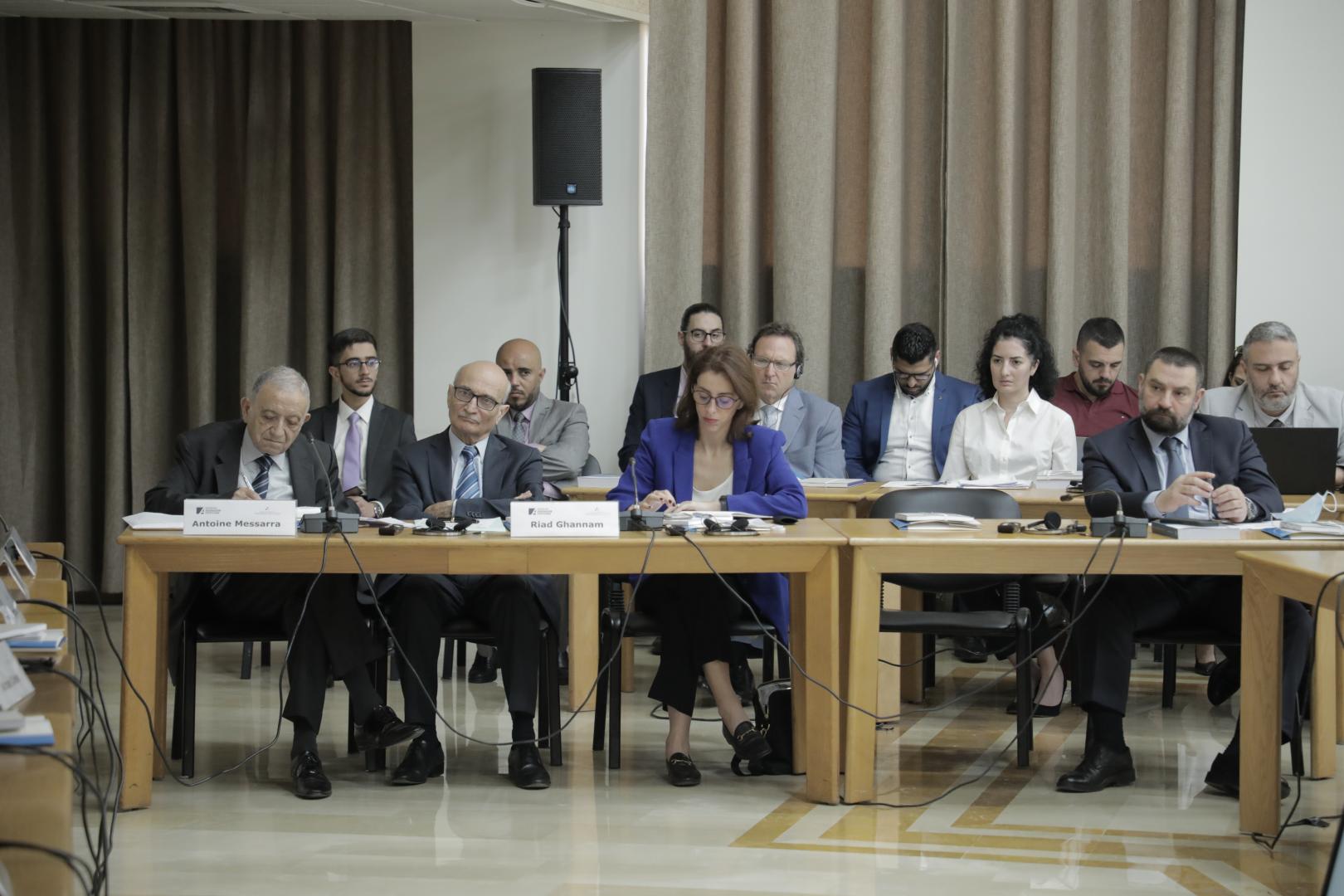 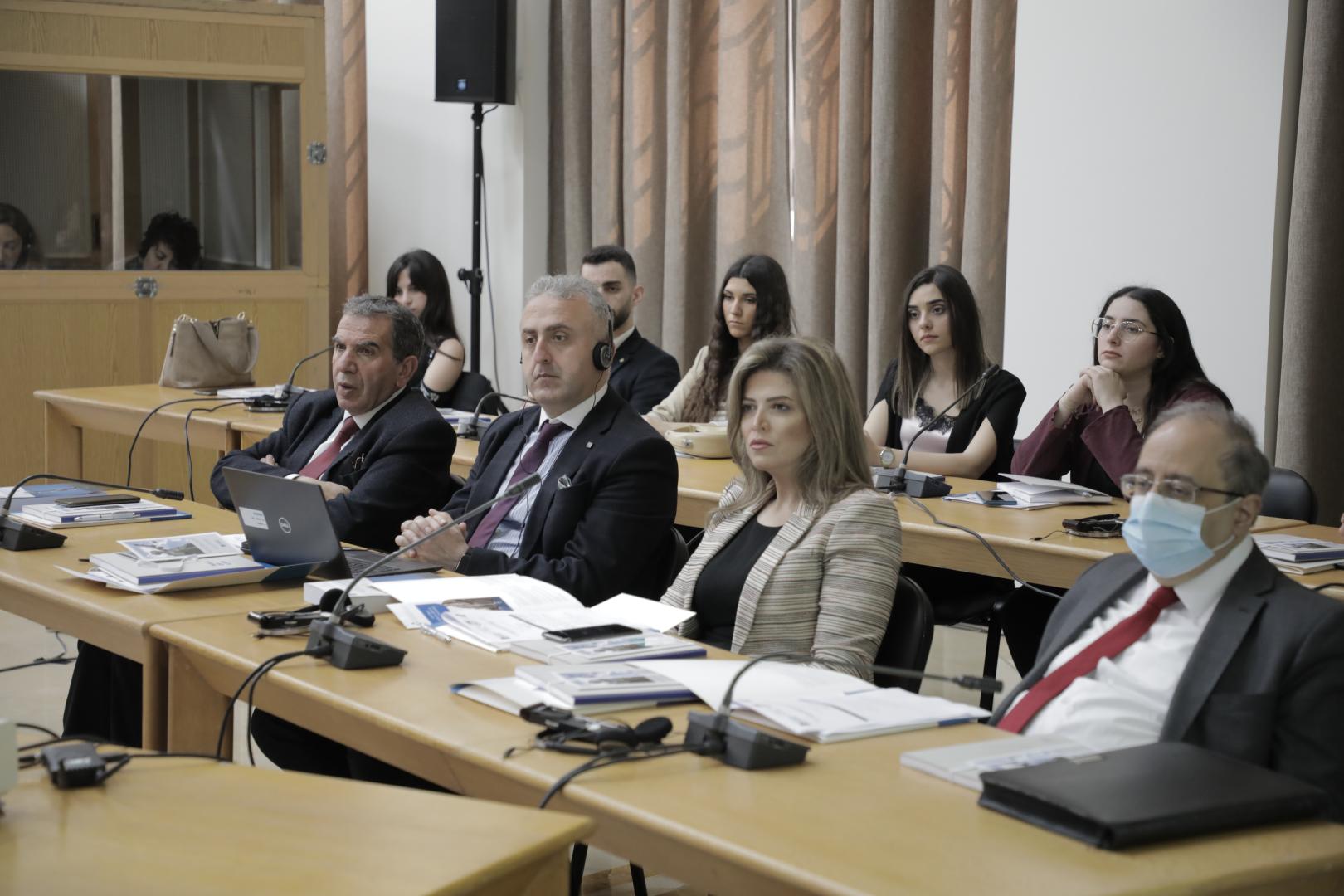 At 9 am, this one-day workshop, started with a welcoming speech from Lawyer Rabih Kays, in which he highlighted the importance of parliamentary oversight and accountability especially in regard to the current situation in the country.

The workshop was divided into two parts: ‘the opening session’ and ‘the key speeches’.

In this first part, five guests held the opening remarks and were as following:

Dr. Antoine Messarra President of the Lebanese Foundation for Permanent Civil Peace, started his speech by tackling the issue of non-implemented published laws in the Official Gazette. Stressing that censorship in Lebanon is an administrative, executive, procedural, and cultural issue. He argued that the censorship will not be effective in Lebanon as long as the government is a miniature parliament, in which all political parties are represented.

In the following opening remark, the head of the Rule of Law Progamme Middle East and North Africa at the Konrad-Adenauer-Stiftung Mr. Philipp Bremer introduced the attendees to the Konrad-Adenauer-Stiftung, its programs in Lebanon and in the region. He highlighted the importance of the workshop topic by stating: “the people need a general oversight of parliamentary activities in terms of transparency”, he added: “in the name of the people, parliament needs to oversee the actions of the government, effectively and constructively”. Mr. Bremer shed light on the importance of the role of the people in deciding their own destiny through the parliamentary elections. He stressed the interest of parliaments to be close to the population.

Then, Mr. Fayez Al Shawabkeh, the Secretary-General of the Arab Parliamentary Union, stated that the separation of power aims to achieve power checks and balances, pointing out that the power of the oversight is given to the parliament by the people during elections and that the parliament would use its oversight to guide the government. Mr. Al Shawabkeh explained that a healthy oversight will eventually strengthen the democracy, thus establishing a legal framework to preserve and promote parliamentary oversight is important.

The fourth opening remark was held by the head of the parliamentary committee on the law implementation H.E. Mr. Yassin Jaber, spoke about his personal experience stating that “laws are well-established, however, not implemented”. His excellency stressed that in order to reach a clear and transparent parliamentary oversight a cooperation among all institutions and branches of government, including the judiciary and the budget and finance committees is needed. Furthermore, in his opinion, the lack of concrete results is due to sectarian divisions in the regulatory process.

The last opening remark was H.E. Dr. Adnan Daher’s one. The secretary general of the Lebanese parliament, considered parliamentary oversight as the main regime feature that differentiates between democracy and authoritarianism. This oversight faced many obstacles and has an impact on political stability, hegemony and the behavior of the executive power. He said that: “most of the Arab countries have a weak oversight where the structure of parliament is fragile and made up of a one-party system, deprived of all condition that allows the enhancement of democracy”.

1)- The MP George Okais inaugurated this second session. He started with referring to the two factors of parliamentary oversight. The first factor being not rushing the oversight process to avoid paralyzing the working of the government and the second factor being not letting the government behave as they please. In addition, MP Okais, mentioned that based on the Lebanese parliament internal regulations, an accountability session should take place after three parliamentary sessions, but unfortunately such sessions are not requested often, not to say at all.

2)- “The MPs have a network of interest, where decision-making is based on a consensual manner, undermining the parliamentary oversight and the relation between those who enforce the accountability and those who have one”, said the minister of environment Dr. Nasser Yassin. Also, he mentioned that people do not trust institutions, as a consequence people would become more confrontational with the leaders and the ministers, which will lead to direct accountability and populism with no real accountability.

3)- The minister of economy and trade, Mr. Amin Salam, shed light on the need for laws to be modernized to line up with the developments because, without this enhancement, oversight is impeded. Regarding the media oversight, Mr. Salam argued that the media has an oversight role over important sectors, such as the security and food sector, monitoring what happens in the country. However, the media sheds light only on the negative aspect, challenging the role of the ministry even more, increasing the anxiety of the people.

4)- Dr. Riad Ghannam, director general of sessions and committees in the Lebanese parliament, explained that MPs should be loyal to the people, not to the parties that brought them to power and that there should be a framework that organizes political life based on the constitution and the rule of law. Adding that each MP can send a question to the minister during the ordinary or extraordinary session. If the government does not answer or if the MP is not convinced by the answer, the MP can start an inquiry or initiate a ‘vote of confidence’. Dr. Ghannam ended that in order to be efficient, the parliament needs to continuously monitor the working of the committees.

5)- The former MP Ghassan Moukheiber, stated that the public institution failed to perform its role in providing services to the people. Oversight, in terms of managing public funds, has failed because people were taught how to steal. The parliamentary bylaws among the legal texts give the expression that the branches of the government are monitored through checks and balances, but in practice, they were written to make oversight vague. Mr. Moukheiber added: “there is no sufficient separation of power because the government is made up of coalition cabinets, leaving no place for parliamentary oversight to occur”. He stated that there were no negotiations at an institutional level; all debates have taken place on media and outside the institution. This means that the oversight is not institutionalized. Furthermore, there is the socio-political factor in addition to a legal reason that undermines oversight.

This part, was followed by a Q & A session and a lively discussion. At this point the whole day workshop came to an end. All the guests and speakers were invited for a reception and a group photo.

You can find the workshop synthesis in different languages on your right. Also, you can watch the full workshop: 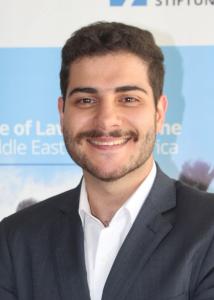 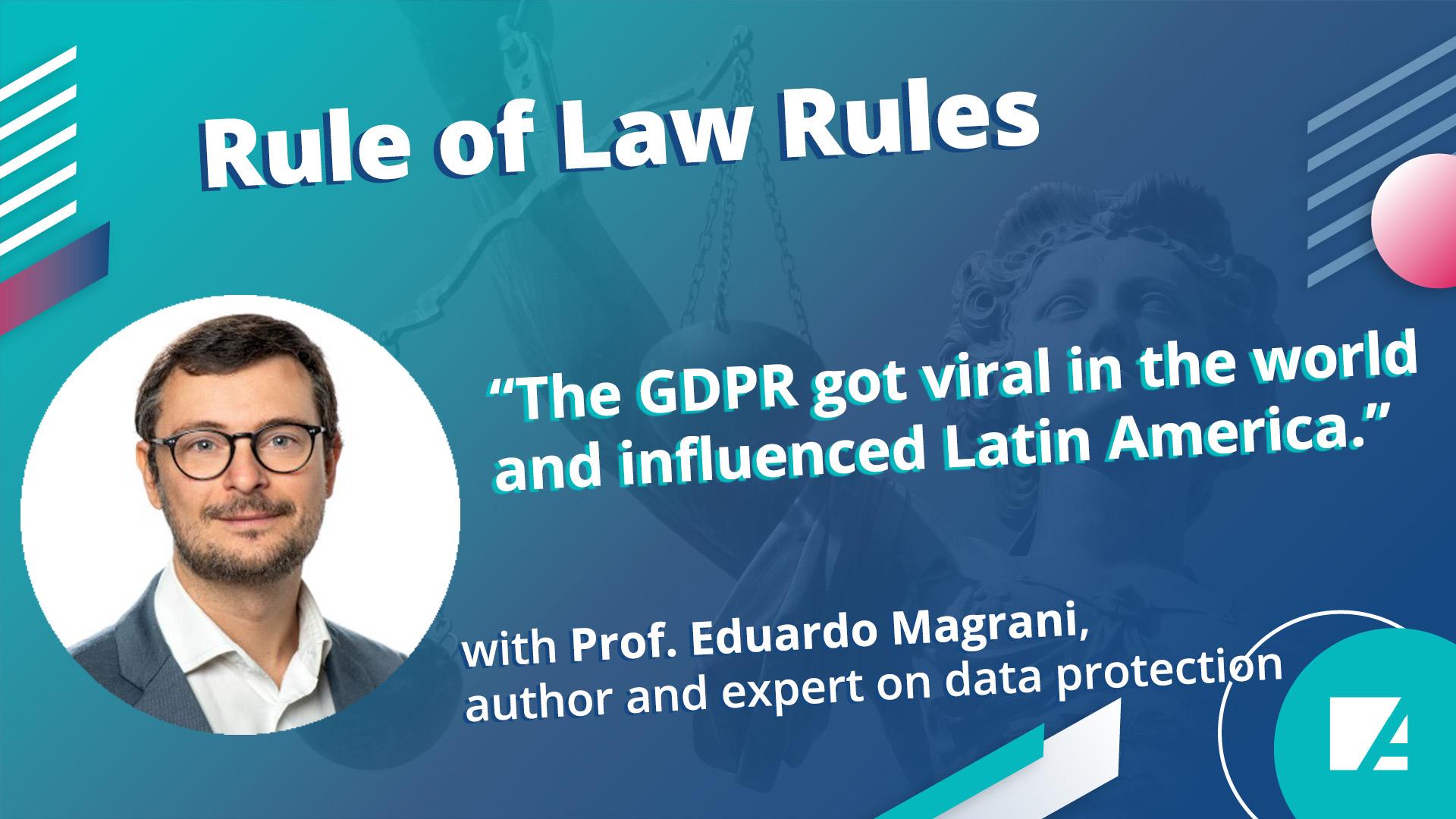 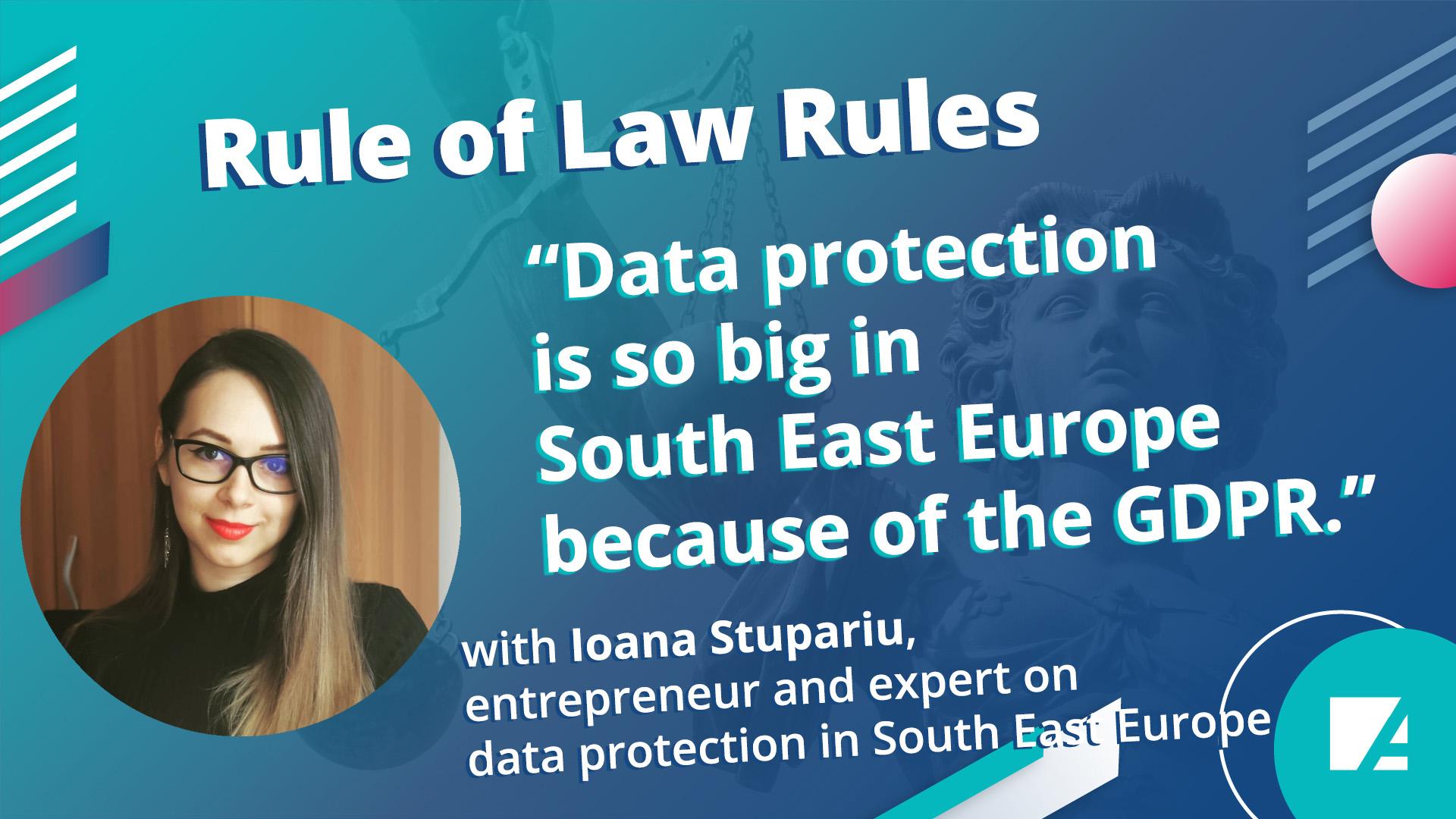 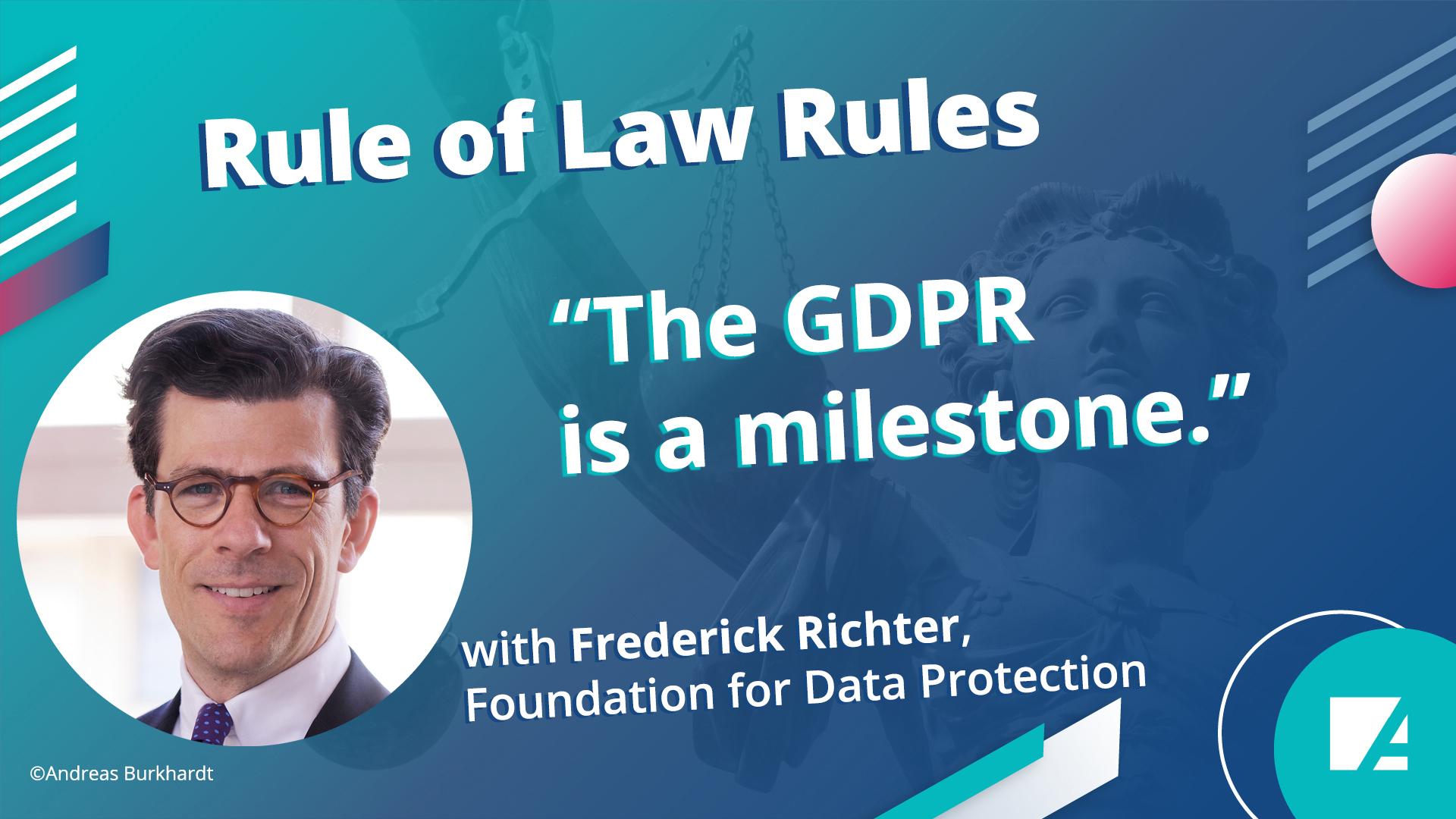