Dialogue on Political Reform in Thailand

Seminar on the current political situation in Thailand, focusing on the reform concepts proposed by various groups for solving the political crisis , with Prof. Dr. Suchit Boonbongkarn, Chairman of the National Council for Pol. Development.

3-day program at the Mahasarakham Province in North-Thailand with a focus group of 50 students from Mahasarakham University.

Seminar on good governance and role of civil servants

Seminar on the relations between ASEAN und the EU with focus on different fields such as security cooperation and impacts of globalization on ASEAN and the EU.

Seminar and presentation of the publication “Telecommunication Industry and Thai Economy”

The Next Step of Cooperation between Thailand, ASEAN, APEC and the European Union (EU)

The Secretariat of the National Assembly (SNA) on behalf of the parliament and in cooperation with the Konrad-Adenauer-Stiftung (KAS) Thailand organized the seminar: “APEC Update: The Next Step of Cooperation between Thailand, ASEAN, APEC and the European Union (EU)”. The purpose was to inform parliamentarians, members of the parliament (MPs), senators, parliamentary officials, academics and the civil society about the results of APEC and in particular about the "Bangkok Goals".

In 2021, Konrad-Adenauer-Stiftung started a new scholarship program called “Konrad Adenauer Scholarship for Social and Innovative Development (KASSID)” for Thais who are interested in pursuing a Master’s degree or currently studying a Master’s degree in educational institutions in Thailand. The goals are to support Thai students with a will to contribute to the state and society; and promote intercultural exchanges and expand international academic networks.

The panel-talk "New Electoral-Laws: Who benefits?" was organized by the Secretariat of the House of Representatives and the Konrad-Adenauer-Foundation. Three highly regarded experts on the matter discussed whether or not the recent electoral developments are good for political participation and for the image of the legal institution.

Input from Social Market Economy and the Development of Vocational Education

A Cooperation between Educational Institutes, Entrepreneurs and Industries

Forum 21 – inspired by Social Market Economy and the dual/ vocational education system – wants to encourage cooperation between educational institutions and entrepreneurs in the eastern region of Thailand – so the former can keep up with the changes and demands from the latter. But the value of this project is not only educational but also intents to provide a platform for the different parties to come together, mingle and network.

The UNDP Thailand & the Parliament Committee on Decentralization (CDLA) in cooperation with the KAS Thailand organized the event "Locality is Everyone’s Matter — Towards Sustainable Local Governance" at the Rajabhat Phranakhon University.

On Saturday, November 19, 2022 the Institute of Democratization Studies (iDS), with the support of KAS Thailand, organized the discussion on “Thailand in 2023: Public policy’s trends, issues and innovation"

My Better Country Hackathon #12 took place on Sunday, 6 November 2022. The activity was held by the Office of the Public Sector Development Commission (OPDC) under the project “Workshop Series on Open and Innovative Government in Thailand” with the support of the KAS. 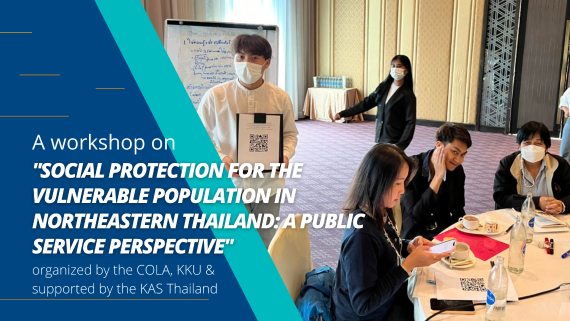 Social Protection for the Vulnerable Population in Northeastern Thailand

A workshop on “Social Protection for the Vulnerable Population in Northeastern Thailand: A Public Service Perspective” was held today (2 Nov 2022) in Khon Kaen by COLA, KKU with the support of the KAS in Thailand. 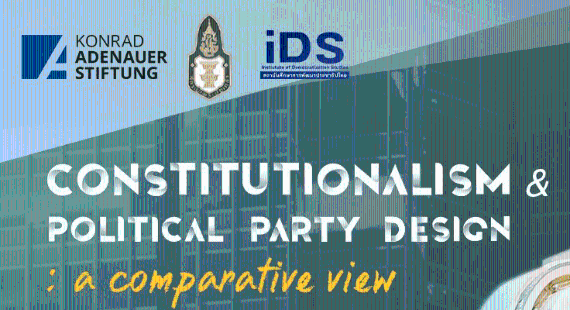 On 8 August 2022, KAS, the Institute of Democratization Studies (IDS) and King Prajadhipok's Institute (KPI) co-organized an online seminar on "Constitutionalism and Political Party Design: A Comparative View " in order to discuss the role of constitutions in designing political party systems and their related implications for party voters and society. 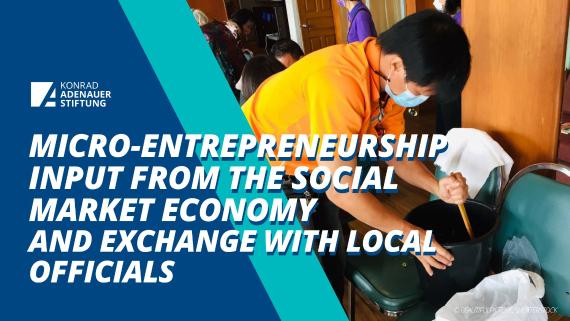