The Role of Parliaments in Participatory Democracies: Experiences from Thailand - Foundation Office Thailand

The Role of Parliaments in Participatory Democracies: Experiences from Thailand

Second Session of the Series: Democratic Trends in ASEAN

Strong parliaments are the cornerstone of participatory democracies and democratic pluralism. Parliamentarians represent the people, pass laws and hold governments accountable. As such, they are the connections between executive and citizens. Whether a national parliament can provide accountability and oversight highly depends on a number of factors, including the capabilities of parliamentarians and their staff, political procedures and points of orders, party structures and the parliament’s administration processes. Parliaments are hence an important contact point for the European Union (EU) and other international development actors to strengthen the fundament of democracy on the ground.
July 9, 2021 Ordering Information

The second meeting of the Multinational Development Policy Dialogue’s series “Democratic trends in ASEAN”, organized in cooperation with the KAS Office in Thailand on 10th June 2021, discussed longstanding and current opportunities and challenges for the parliamentary work. Speakers from Thailand and the EU elaborated on their first-hand experiences in consolidating political and administrative processes. Together with a group of experts from different institutions, academia, think tanks, foundations and NGOs, they also discussed areas in which the EU efforts could support the strengthening of political and administrative capacities in the Thai House of Representatives.

Participants reviewed the overall role of parliaments in participatory and representative democracies, taking into account the country-specific context of democracy in Thailand. Parliaments are the oldest democratic institutions providing accountability, inclusiveness and good governance. When parliaments are strong, democracy is delivered best. Especially in times of crisis, the improvement of representation and oversight is of utmost importance to improve the situation on the ground and tackle global challenges.

In the case of Thailand’s charged political context, the important role of local government was seen as a deciding feature. If Thailand’s democracy is to become more inclusive, decentralization processes including the strengthening of local administrations and the empowering of local communities are of the highest significance. However, some participants doubted that Thai democracy can truly become participatory in the near future. To foster meaningful policy development, participatory democracies typically need higher degrees of inclusiveness than representative democracies. In addition, many Thai citizens perceive the principle of representation in parliament to be non-transparent. Numerous decision-making processes at the local and national levels still take place without sufficient citizen participation. This could however change through the amplified use of modern technology and proceeding digitalization. Thailand’s large young population is getting increasingly connected globally and knows how to use information and data to initiate and support policy developments. Participants concluded that the Thai House of Representatives has to take the will and need of the Thai people better into account by supporting their political participation and promoting transparency in legislative processes.

Thailand had a total of 20 constitutions since the country transferred from an absolute to a constitutional monarchy in 1932. The constitution of 1997 was a major milestone in the country’s democratic constitutional reform. One participant pointed out that the 2017 constitution was designed to not allow for majority parties in parliaments, but have a high number of smaller parties represented instead.

Participants exchanged views on how parliamentary procedures could be enhanced to make Thailand’s democracy more participatory. It has been suggested that skill improvement is key to restructure administrative processes in the parliament, especially in view of efficiency and cumbersome legislative procedures. Parliamentarians and their political parties were identified as the main actors in improving political performance. Through capacity training, they could learn to think about their policies more locally taking into consideration the different geopolitical contexts in Thailand’s various regions. Further cooperation between the European Union (EU) and the Association of Southeast Asian Nations (ASEAN) was considered a welcomed asset in this regard. The EU underlines the solidification of democracy as a key aspect of its global foreign policy. Around the world, the EU engages in peer-to-peer professional development for staff of parliamentary secretariats as part of its INTER PARES project. One participant suggested that certain EU member states could engage in best-practice and experience sharing on how to strengthen Thailand’s representative parliamentary democracy. 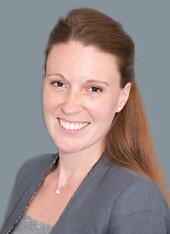 Head of the KAS office in Thailand