KAS Vietnam and the National Centre for Socio-Economic Information and Forecast (NCIF) released a research assessing the performance of the top 500 Vietnamese private enterprises (VPE500). The study identifies the 500 largest Vietnamese private enterprises based on three criteria: labor size, total assets, and revenue. The researchers analyze the performance of the VPE500 to provide a snapshot of the of their current situation as well as their relationship with the rest of the private sector.
August 17, 2022 Ordering Information

At the research launching workshop, Dr. Tran Toan Thang, the lead researcher, confirmed the growing importance of VPE500 businesses to the overall economy. At present, 97% of the registered enterprises are private enterprises. Those private enterprises employ 60% of the labor force and represent 57% of the total net revenue generated by the enterprise sector. VPE500 de facto enjoy privileges in accessing resources in comparison to smaller enterprises. Further findings were spillover effect of the VPE500 on the rest of the VPE in terms of productivity and salaries, a lack of labor productivity and a low level of investment in technology. The VPE500 can be described as market leaders and influencers for the whole economy of Vietnam. Their performance and competitiveness can shape the overall domestic business environment, growth patterns and can play a crucial role in strategic issues such as technology adaptation, global value chains participation, environmental impact, among others.  Thus, the health or performance of those firms can be considered a barometer for the private sector and even for the whole economy.

Also presenting at the workshop was Ms. Dao Thu Trang from German Industry and Commerce Vietnam (AHK Vietnam). She provided an overview of the German business community in Vietnam and the linkages with Vietnamese businesses, especially with those in the private sector and with SMEs. The visit of the former German chancellor Angela Merkel to Vietnam in October 2011 and the announcement of the strategic partnership between these two countries was followed by a rise of FDI projects in Vietnam. To date, over 2.9 billion USD were invested and about 50,000 jobs created through German investors. German companies in Vietnam strive for long-term investments and deepened cooperation with domestic enterprises for successful and mutual development and win-win solutions on both sides. 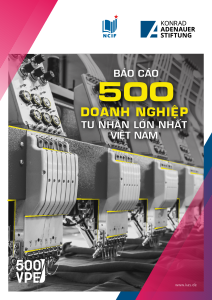 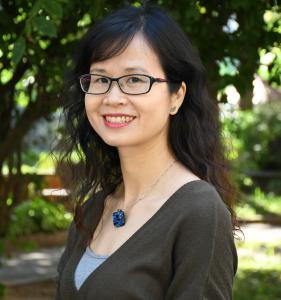 Decarbonising the transport sector in the Global South