How artificial intelligence will change our lives in 5 years

Zbigniew Gajewski's report is devoted to the phenomenon of the rapid dissemination of artificial intelligence and its impact on our social, political and economic life. The report was developed in collaboration with the Centre for International Relations and Think Tank.
28 stycznia 2021 informacje na temat zamawiania

"The dissemination of artificial intelligence will be such a leap that we will quickly forget what it was like before - predicts futurologist Kevin Kelly, founder of the American magazine "Wired".

I also have no doubts that all the scenarios described here will definitely happen. Why? Because the underlying technologies already exist. Some are still at the stage of laboratory tests, others could already be used, but they are too expensive and unprofitable for users.

However, the spread of the 5G Internet, the Internet of Things and the development of cloud computing services will foster the proliferation of AI-based applications, while reducing their costs. So there will be a snowball effect.

We can only argue about the scale of changes that will be made by AI in various areas. The degree of their revolutionary nature and universality depends on several factors, the most important of which is our mentality. The technological revolution in recent years is happening so fast that we are not catching up to it. But when we see that in every place we come into contact with AI systems: at home, at work, on TV, in a smartphone, in a cinema, in a fitness studio, in a clinic and in a hospital, artificial intelligence helps people and makes life easier, we will try to like.

We will have no other choice anyway." 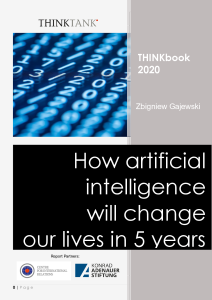 How AI will change our lives in 5 years, Raport by Zbigniew Gajewski
link do pliku
nasz zespół 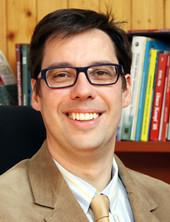