The Three Seas Initiative (3SI) is a collaborative platform between twelve Central and Eastern European countries located among the Baltic, Black and Adriatic Seas. This alliance is focused on achieving an interconnected region, with a north-south approach, in the fields of energy, infrastructure and telecommunications. Founded in 2016 by Polish President Andrzej Duda and then-Croatian President Kolinda Grabar Kitarovic, 3SI aims to rectify the infrastructure gap in Europe that has remained since the end of the Cold War. At the same time, it has an eminent geopolitical component that not only can be felt in the region, but that also involves major global powers as the US, Russia, China and the European Union.
9 czerwca 2021 11:00 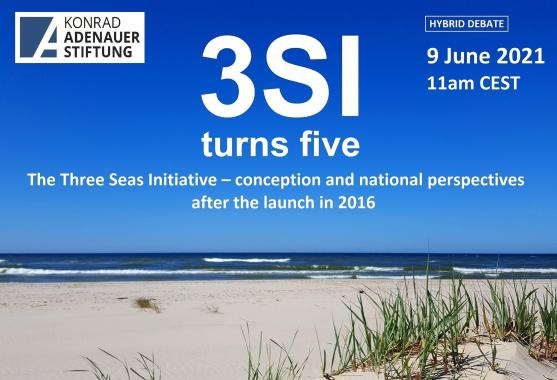 Today, 5 years after the formal establishment of 3SI, the Konrad Adenauer Foundation in Poland invites you to an online debate on the conception of the Three Seas Initiative as well as different national views and perspectives on this alliance.

We discuss these topics with distinguished experts from Poland, Croatia, Bulgaria and Latvia.

The questions to be discussed include the following:

- Which motives led to the founding of the Three Seas Initiative?

- How is the current development of 3SI seen in different parts of Europe?

- What is the role of the initiative within the international framework - especially in relation to the European Union and in transatlantic relations?

Participants in the discussion from all across Europe are:

The discussion is moderated by Thomas Behrens, Project Coordinator at the Foreign Office of the Konrad-Adenauer-Stiftung in Poland

The debate will be held in English and conducted at the Lidex-studio in Warsaw/Poland as well as online with the participation of panellists from Croatia, Bulgaria and Latvia.

The VIDEO will also be available on facebook; see: https://www.facebook.com/kaswarschau 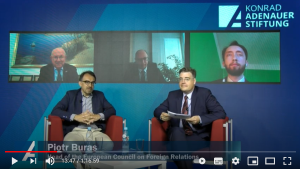 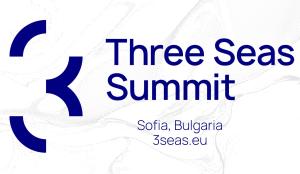