With an overall population of fewer than 1.8 million inhabitants, the Kosovo population is rather diverse. Thirty-three out of 38 municipalities in Kosovo are multi-ethnic, composed of several ethnic groups legally recognized as “communities”. To this day, Kosovo is lacking in regards to the full integration of minorities in the political, social, and economic life of the country and compliance with the national legal framework and the international standards on minority rights. This policy brief argues that the most under represented, discriminated-against, second-class citizens on almost all indicators are the three ethnic groups of the Roma, Ashkali, and Egyptians (hereinafter, RAE). Thus, it aims to analyze the current situation of the RAE communities as a backdrop for analyzing inter-community relations in Kosovo and provide recommendations for the relevant stakeholders and the general public.
06 Януари 2021 информация за поръчка 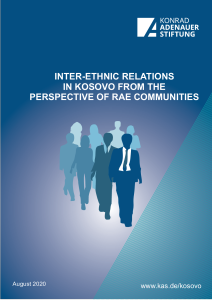