The Future of Europe and the Role of the Youth

The event “The Future of Europe and the role of the Youth” will take place on Tuesday, 13 July 2021 from 18:00-18:45 via Zoom. The aforementioned topic will be discussed virtually with Themis Christophidou, Director-General for Education, Youth, Sport and Culture (DG EAC) at the European Commission.

A new Momentum for EU Cooperation? The Foreign Ministers of Georgia, Moldova and Ukraine in Brussels

As part of European Neighborhood Policy, the Eastern Partnership was seen from 2009 onwards as the first serious attempt to engage with Eastern European states, also in view of the EU's own great interest in secu- rity, stability and enlargement. Today the Eastern Partnership acquires a growing importance. Most recently, with a new generation of association agreements for Georgia, Moldova and Ukraine, the “Association Trio”, the EU put forward concrete ideas to replace the Partnership and Cooperation Agreements concluded in the late 1990s. As part of these association agreements, in 2014, the EU concluded negotiations on deep- ening the comprehensive free trade agreements with Georgia, Moldova and Ukraine to - among other things - improve access to goods and services, reduce tariffs and trade barriers and ensure legal frameworks. The three countries are also among the first, whose populations are benefiting from more mobility and the resulting opportunity for safe travel in Europe.

Artificial Intelligence (AI) is one of the key drivers in the data and platform economy. The use of AI can, for example, optimize production processes and raise them to a new level of efficiency. It makes a significant contribution to resource efficiency and sustainability, of which the electro and digital industry is a key enabler.

Not one but two EU Commissioners are currently setting out to address the management of supply chains with new legislative initiatives. Financial Affairs Commissioner McGuinness and Justice Commissioner Reynders are working on a new corporate due diligence and a corporate sustainability reporting directive (CSRD) respectively. The aim is to build “a consistent framework on corporate reporting, and on sustainable corporate governance”. 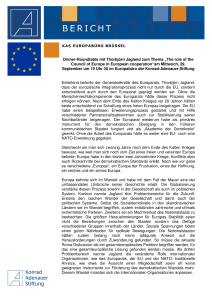 "The role of the Council of Europe in European cooperation" 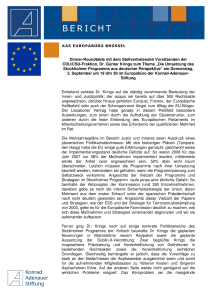 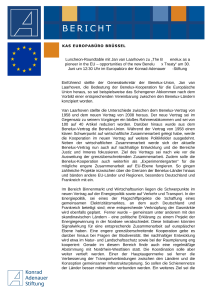 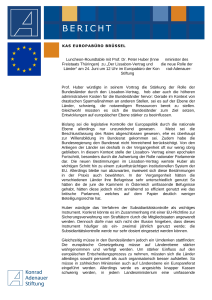 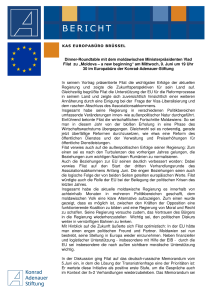 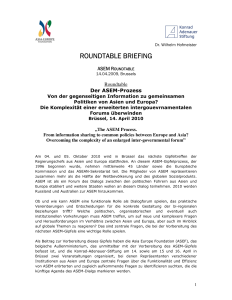 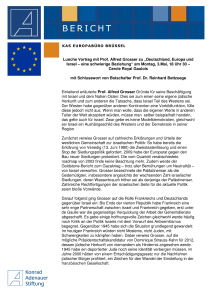 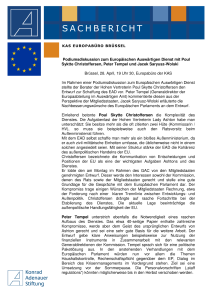 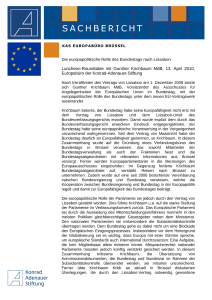