On January 18th, 2022, the KAS Department Asia and the Pacific (Berlin) and KAS Multinational Development Policy Dialogue (KAS MDPD) in Brussels co-hosted a closed-door online event dedicated to discuss China´s security and defence cooperation in Southeast Asia (SEA) as well as the new German governments policy towards the region.
18. Januar 2022

The event was attended by around 45 participants, representing European institutions, German ministries, embassies from the ASEAN region and political Think Tanks. It was the first of a new series of dialogues called “Southeast Asia Perspectives” to strengthen the dialogue between SEA and Europe and to promote this geopolitically highly relevant region on the political agenda in Germany and Europe.

Against this background, the first digital meeting in this series started the discussion with a research paper, which was launched by KAS MDPD Brussels in 2021. The paper elaborates on the relationship between China and the ten ASEAN countries in the field of Security and Defence Cooperation and concludes with a list of Policy Recommendations for European decision makers.

A presentation dedicated to the content of the study by its author Jennifer Dodgson revealed that China prioritizes economic security over military security. Thus, it would react to economic challenges in the region stronger than on security cooperation. This implies that China would generally be open for closer military engagement with Germany and the EU as long as its economic interests are not challenged. A second input on the expected approach to ASEAN of the new German government by Daniela Braun illustrated that both Germany and the EU aim to become stronger actors in SEA. Nevertheless, Germany as well as many other EU members are limited by military capacity constraints, by the lack of an unanimity in the European Union´s decision making processes, and by the ongoing conflicts in the closer European neighborhood.

Afterwards, the participants discussed the topic further. Questions ranged from the methodology of the study to the practicality of increased German and European engagement in the security sector in the region. In addition, a possible “division of labor” between US military engagement and increased EU economic involvement were discussed. However, as highlighted during the conversation, any increased engagement in Southeast Asia by Germany and its European partners is conditioned by the limited military capacities and the current geopolitical landscape, especially with regard to the  conflict in Ukraine.

During an open discussion several policy recommendations for European decision makers where raised. For example, the European Union and Germany could build upon existing competence and confidence building measures like The Code for Unplanned Encounters at Sea (CUES). Furthermore, the European Union as well as its member states should intensify the usage of existing means of communication such as the ASEAN Regional Forum.

This new digital series “Southeast Asia Perspectives” will be continued. For further information or to attend in the future, please contact Isabel Weininger (Isabel.weininger@kas.de).

KAS MDPD in Brussels is planning to publish studies on China´s security and military engagement in Latin America and in Central Asia in 2022. For further details, please contact Janne Leino (janne.leino@kas.de). 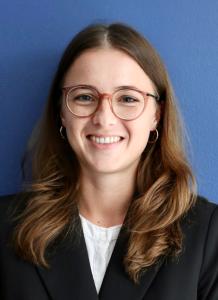 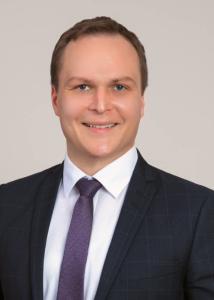