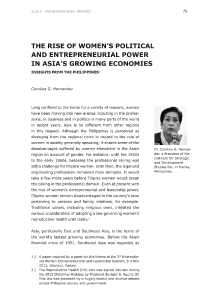 Insights from the Philippines

Although the Philippines is perceived as diverging from the regional norm in regard to the role of women in society generally speaking, it shares some of the disadvantages suffered by women elsewhere in the Asian region on account of gender. Even at present, Filipino women remain disadvantaged in the country’s laws pertaining to persons and family relations, for example. 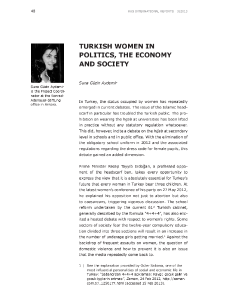 In Turkey, the status occupied by women has repeatedly emerged in current debates. The issue of the Islamic headscarf in particular has troubled the Turkish public. Against the backdrop of frequent assaults on women, the question of domestic violence and how to prevent it is also an issue that the media repeatedly come back to. The existenceof a women’s movement is a source of hope for Turkey in this respect. 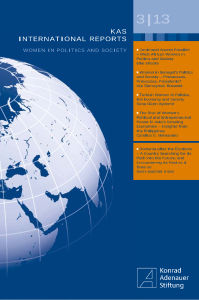 Women in Politics and Society 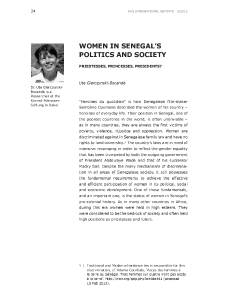 The position of women in Senegal is often unenviable — as in many countries, they are always the first victims of poverty, violence, injustice and oppression. Despite the many mechanisms of discrimination in all areas of Senegalese society, it still possesses the fundamental requirements to achieve the effective and efficient participation of women in its political, social and economic development. 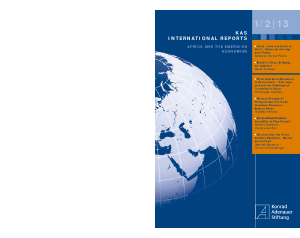 Africa and the Emerging Economies 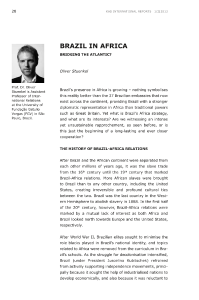 Brazil’s presence in Africa is growing. It was President Lula who early on in his first term identified Africa as a priority in Brazil’s effort to diversify its partnerships. In some instances, the country also acted as a democracy promoter in Africa. Intertwined with Brazil’s growing economic presence in the African continent is its newfound role as an aid donor. Finally, Brazil is acquiring the military capacity, including several nuclear submarines, to increasingly control the South Atlantic that divides Brazil from Africa. 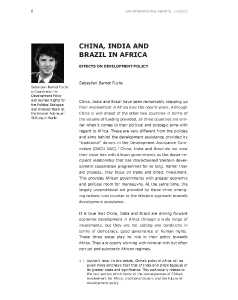 China, India and Brazil in Africa

China, India and Brazil have been clearly stepping up their involvement in Africa over recent years. Their approach is very different from the policy and aims behind the development assistance provided by “traditional” donors. China, India and Brazil do not view their closer ties with African governments in terms of the donor-recipient relationship. Trade and direct investment are taking centre-stage. The largely unconditional aid provided by these three emerging nations runs counter to the Western approach towards development assistance. 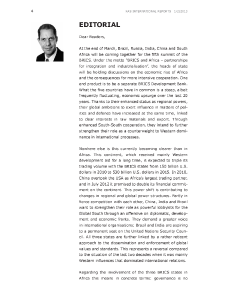 At the end of March, Brazil, Russia, India, China and South Africa will be coming together for the fifth summit of the BRICS to create a separate BRICS Development Bank. Thanks to their enhanced status as regional powers, their global ambitions to exert influence in matters of politics and defence have increased at the same time, linked to clear interests in raw materials and export. By encouraging the rule of law, Germany and the EU can help African states to successfully pursue their interests vis-à-vis partners from the BRICS countries to the benefit of their own populations. 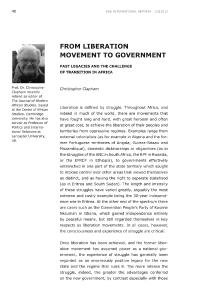 From Liberation Movement to Government

Past Legacies and the Challenge of Transition in Africa

Virtually all African liberation movements have experienced considerable difficulties in actually making the transition from struggle to government. The persistence of this phenomenon in Africa was the wellspring for an international Dialogue of leading struggle veterans, policy makers and experts in early October 2012. Experience from South Africa and indeed across Africa suggests that as the immediate euphoria of liberation subsides, problems characteristically arise that have to be traced back to the liberation movement itself. 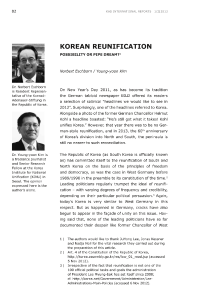 After 60 years of division, the differences in the lives of people in the North and South of the Korean Peninsula are probably greater than ever, the interests of the people have shifted and the idea of one nation has perhaps become much less important. Considering the substantial differences between North and South Korea in terms of per capita income, it is reasonable to assume that South Korea would have to bear the lion’s share of the costs of reunification and that these costs would be significantly higher than was the case in Germany.