What's next for the United States? - International Reports

How is the Biden administration changing the direction of the U.S.? The KAS Office USA takes a first look, in a series of five country reports. This report deals with climate and energy challenges. The White House website promises “swift action to tackle the climate emergency” and a “clean energy revolution”.
February 22, 2021 Ordering Information

The Biden-Harris administration doesn’t make it a secret that the fight against climate change is on top of the to-do-list. Climate is prominently listed on the White House website as one of seven top policy priorities. It states: “President Biden will take swift action to tackle the climate emergency. The Biden administration will ensure we meet the demands of science, while empowering American workers and businesses to lead a clean energy revolution.”

The Biden administration takes a decidedly different approach to energy use and the impact of rising temperatures on the environment than its predecessor. After four years of the Trump administration denying scientific findings about climate change, Biden has pledged to follow science and involve the entire federal government in the fight against climate change.

By creating inter-agency working groups and a National Climate Task Force, Biden wants to ensure that his policies for the production of clean energy and the reduction of greenhouse gas emissions, are not limited to single agencies but will be implemented throughout the federal government.

During his campaign, Biden promised to reach a goal of net-zero emissions across the economy before 2050, and to eliminate pollution caused by fossil fuel in electricity production by 2035.

President Biden wants to prioritize the issues of climate in foreign policy and national security. To reassert American leadership in working with other nations and across international fora towards a common goal of limiting greenhouse gas emissions and halting the rise of earth’s temperature, he established a position of international climate envoy.

The administration announced that it will host a Climate Leaders Summit on Earth Day, April 22 and will invite all major emitting nations.

Shortly after taking office, President Biden stated “We have a narrow moment to pursue action at home and abroad in order to avoid the most catastrophic impacts of that crisis and to seize the opportunity that tackling climate change presents. Domestic action must go hand in hand with United States international leadership, aimed at significantly enhancing global action.” 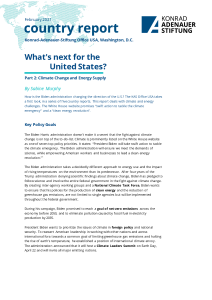 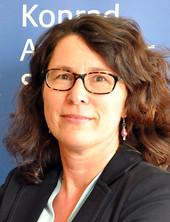