Countering Radicalization among Jordan’s Youth in the Provinces

Participation is upon personal invitation only.
September 26, 2016

An increased radicalization of youth in the Arab world is also seen in Jordan in the form of an expanded base of Salafi groups in the country; a growing number of young Jordanians fighting in Syria and Iraq; and an abundance of hate speech in social media platforms. To understand main drivers of radicalization among Jordanian youth and to promote the values of tolerance and pluralism and raise awareness of risks of radicalism, KAS Jordan Office, in cooperation with MEMPSI, conducts a workshop on, “Countering Radicalization among Jordan’s Youth” in Irbid, Jordan, on 26 September 2016. 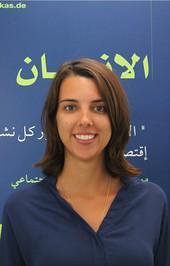