“The Future of the Asia Pacific: Issues and Institutions in Flux”

“The people are asking the most fundamental questions again. Questions that have not been asked in decades. […] People are questioning our political system, our basic values, and our political interests.” With a distinct European and American perspective, Nico Lange, Director of the KAS Office Washington, advanced the traditional debate on Asian security.
June 9, 2017 Ordering Information 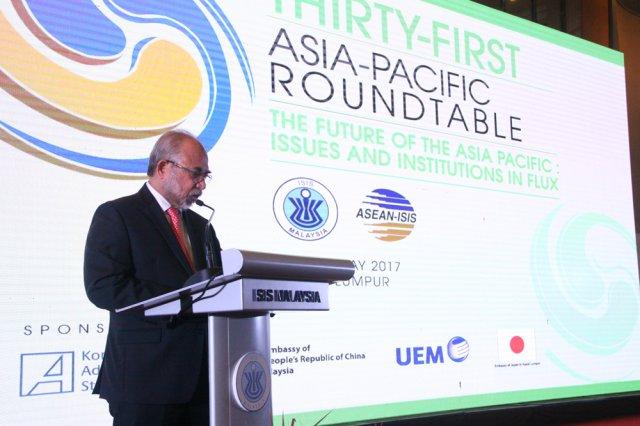 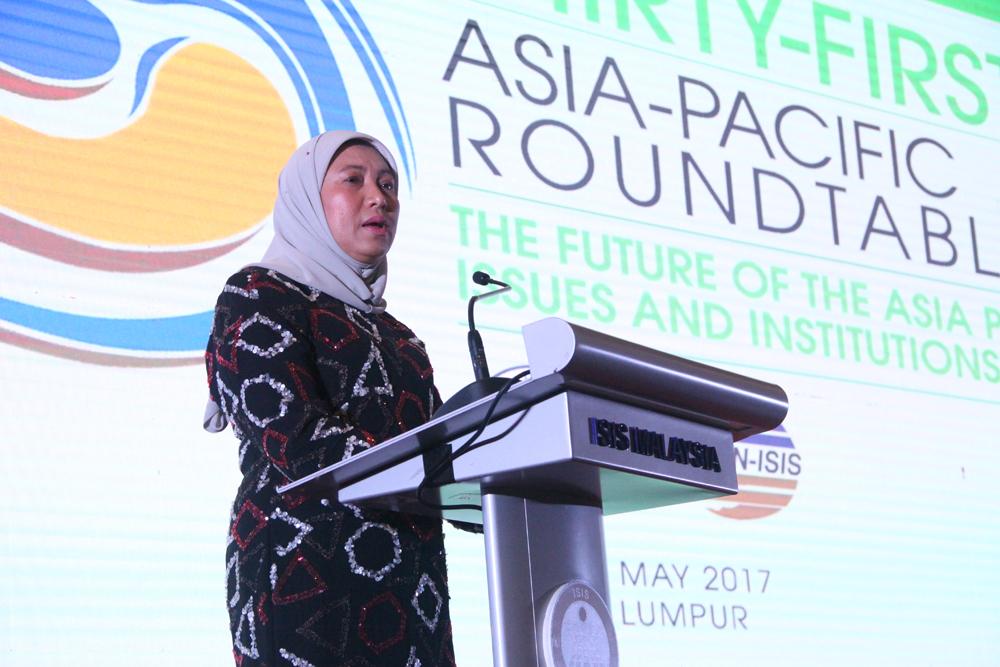 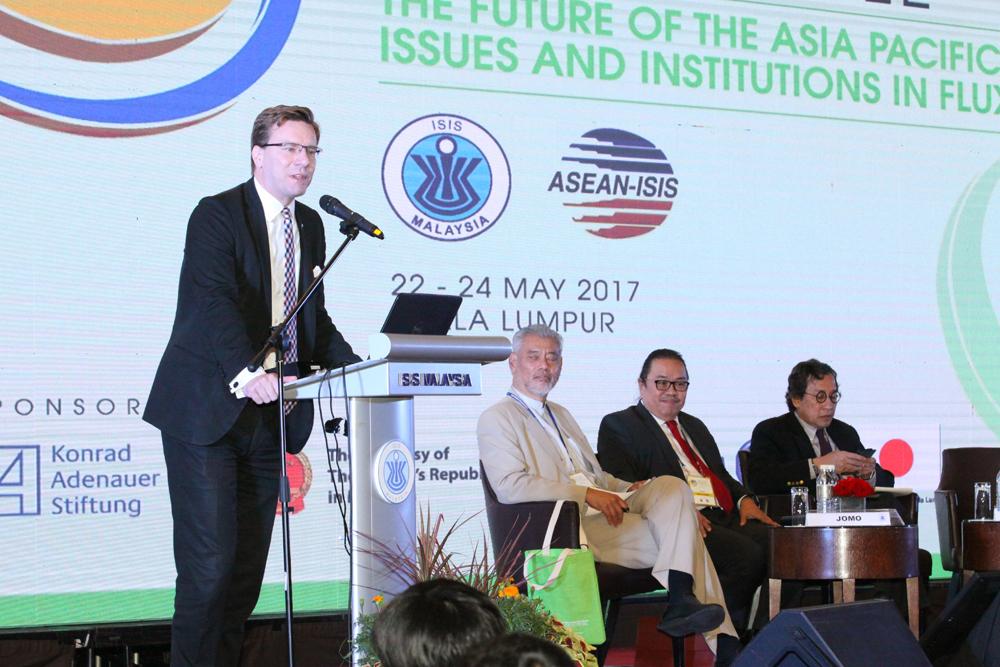 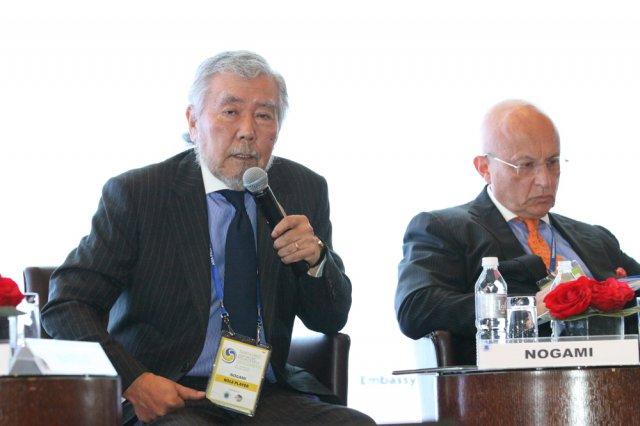 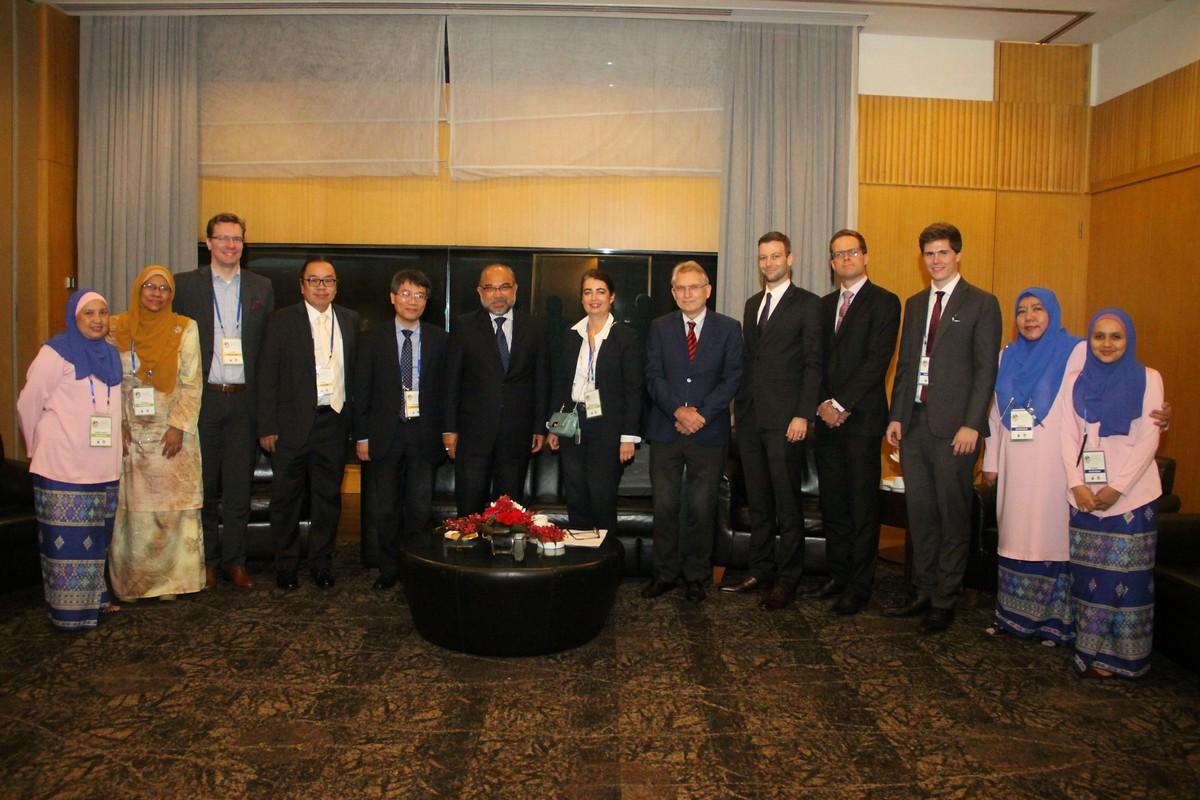 He addressed the 31st annual Asia-Pacific Roundtable (APR) in Kuala Lumpur, Malaysia. From 22 to 24 May 2017, the long-term partners of the Regional Programme Political Dialogue Asia of the Konrad Adenauer Stiftung (KAS), Institute of Strategic and International Studies (ISIS) Malaysia and the ASEAN-ISIS think-tank network, welcomed experts and politicians from 26 countries, to discuss the most pressing security issues facing the Asia-Pacific region today.

A particularly inspiring highlight was Nico Lange’s panel “Exceptionalism vs. Integration: Nationalist, Anti-Globalisation and Anti-Establishment Politics”, where he discussed broader ramifications of political populism for the stability and future of democratic governance. All distinguished panellists agreed on populism’s destabilising force and thus affirmed its direct national security relevance. Lange highlighted that significant parts of a post-materialistic society had begun to question the very foundations of the western value model and political superstructure. Instead of ignoring challenges to what used to be taken for granted, political leaders and civil society actors ought to take people’s concern seriously and improve political communication. They must restore the trust in upward social mobility and explain challenges and opportunities in a frank and candid manner. “We must offer tangible solutions, while resisting the temptation of unrealistic but popular promises.”

This year's APR commenced with opening remarks by the Chairman and CEO of ISIS Malaysia, Tan Sri Rastam Mohd Isa. He highlighted the Roundtable’s year-on-year growth and its status as a significant regional "policy incubator". The Malaysian government was represented by a keynote from Datuk Seri Hajja Nancy Shukri MP, Minister in the Prime Minister’s Office, delivered on behalf of the Malaysian Prime Minister Dato’ Sri Najib Razak. In this address, the Prime Minister articulated concerns as to the ostensible return of great power politics to Asia. Small regional states were only as resilient as both their economic well-being and the security of their people. In this light, the Malaysian government welcomed 50 years of successful regional integration within the Association of Southeast Asian Nations (ASEAN). Nevertheless, notwithstanding remarkable achievements, stability and cooperation in Asia ought not to be taken for granted and required constant efforts by all parties concerned.

The APR fully lived up to its ambition to be one of the most important security forums in Asia as well as a platform for academic exchange and high-level networking. Participants from politics, diplomacy, academia and a wide range of civil society organisations and private enterprises discussed the most relevant regional trends. The consequences of great power competition and the future of US engagement in the region, increasing militarisation and the institutional future of ASEAN dominated the agenda. And yet, the APR’s comprehensive approach to security was reflected by a refreshingly great number of non-traditional security issues. Debated were for instance impacts of cybercrime as well as security ramifications of irregular migration, conflicts over fresh water access, and the apparent failure of the Trans-Pacific Partnership agreement.

With KAS support, the 31st APR achieved its aim to create tangible synergies between various security institutions and organisations as well as between the academic community and policy-makers.

To the event
Auslandsbüro Malaysia
More about this topic