“In an increasingly volatile international system, Germany and countries in the Asia-Pacific have common security concerns, share strategic interests and should cooperate more.” The current foreign and security policy of the United States of America and the more assertive approach by China present both Germany and small and middle powers in the Asia-Pacific with significant challenges. Yet, most of those countries subscribe to a rules-based international order and multilateralism. On 30 October 2018, eight representatives of Parliaments from seven different countries met at the first “Asia/Pacific-German Strategic Dialogue” in Seoul / Republic of Korea to discuss this situation.
February 4, 2019 Ordering Information 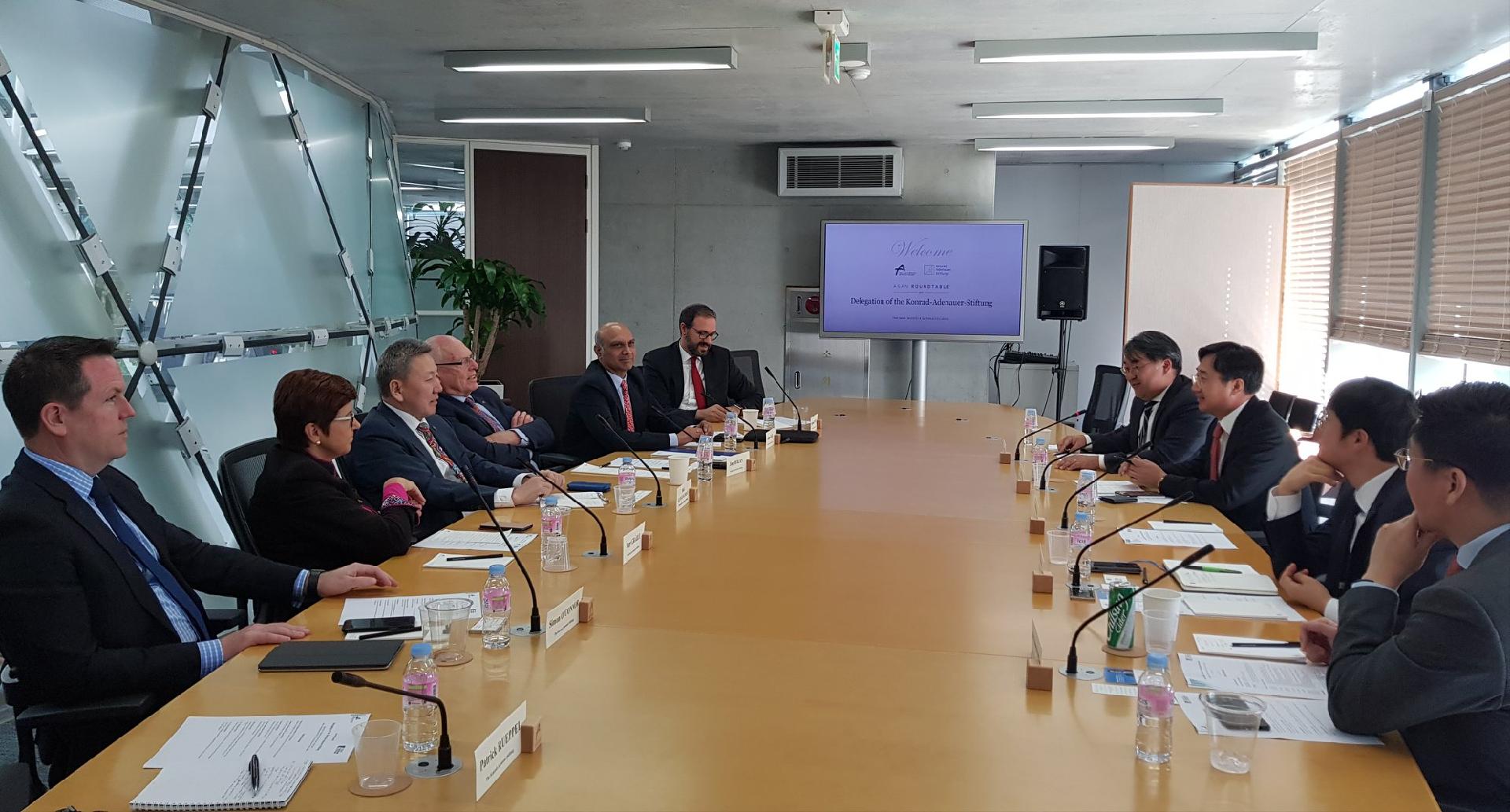 The Members of Parliament had a fruitful exchange with experts from the ASAN Institute for Policy Studies. 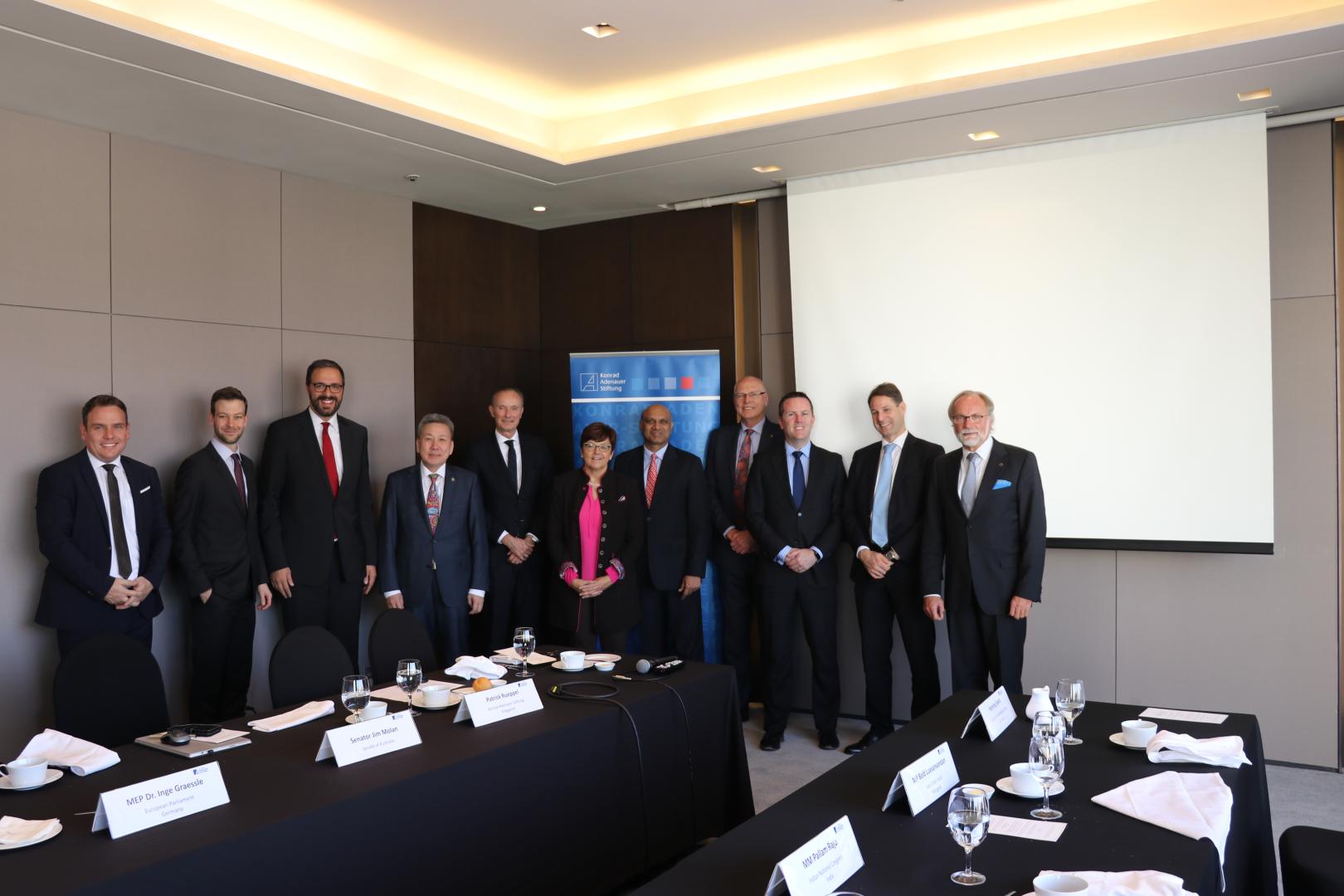 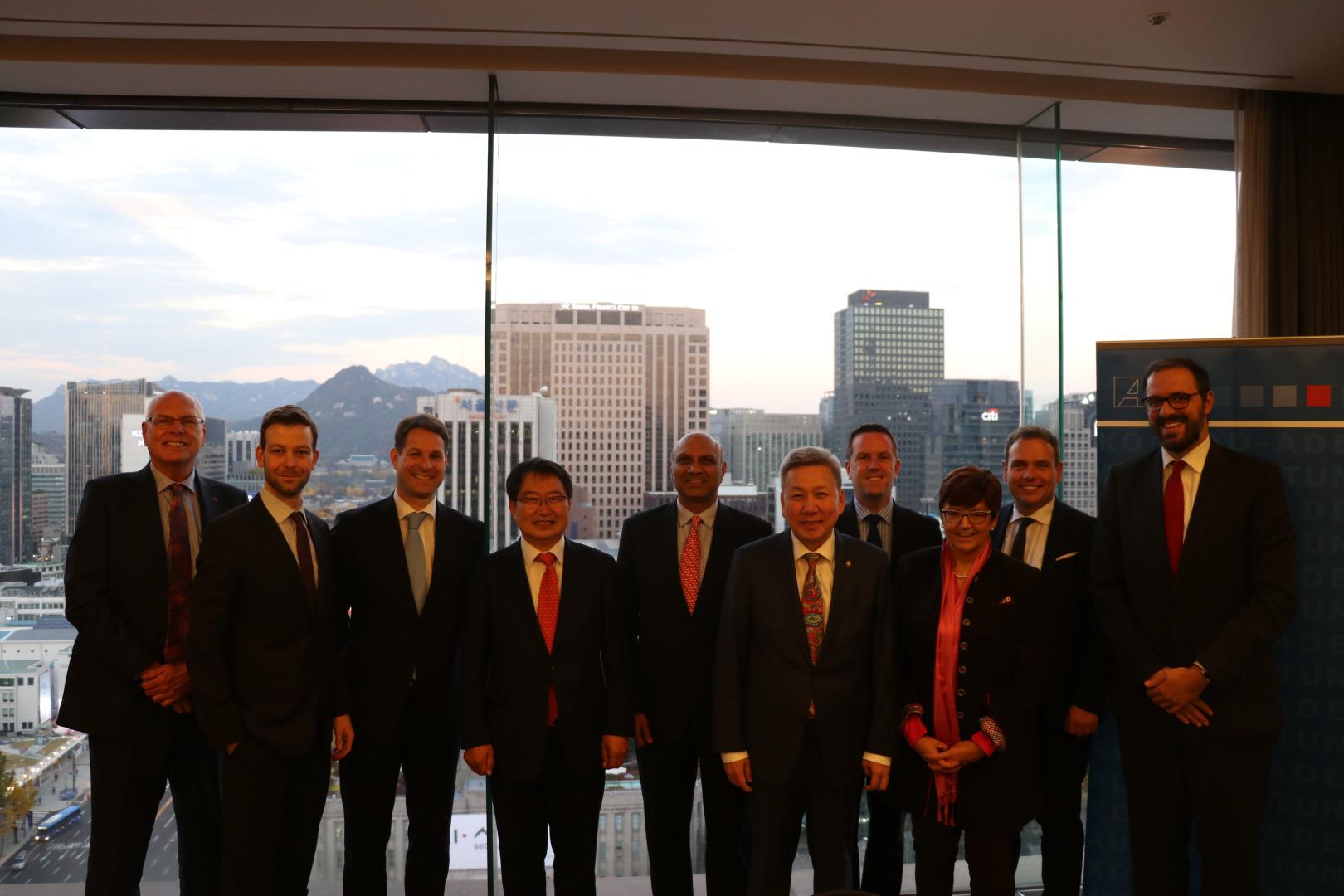 The meeting and discussions displayed a strong commitment by all countries involved to uphold the international order and enhance collaboration in order to create win-win solutions to the pressing and often transnational challenges of our time. Particularly the decreasing respect for international law, a rules-based order and the functionality of global governance were of concern to the Members of Parliament.

Despite rendering support to multilateralism, the participants underscored the need for such approaches to be critically examined. It would be important that summits lead to concrete political cooperation and agreements are translated into national policies. For example, complex challenges could be broken down into smaller issue areas and then dealt with instead of trying to resolve the issue as a whole. Even within established political parties members have reservations regarding multilateral approaches due to those shortcomings. People often also do not want to be told by other states what to do.

Yet, at the same time the need for enhanced collaboration and cooperative solutions is growing. This is true for all major international challenges – be it climate change, terrorism, weapon proliferation, trade policies, maritime security, migration and cooperation in international fora as well as organizations such as the United Nations or G20. This is particularly the case in Europe and Asia which face the exact same set of challenges and have benefited greatly from the current international order.

Given the combined economic and political power of Germany, the European Union and Asia-Pacific, these states are predestined to promote a collaborative environment and lead the efforts to achieve such strategic goals. However, it is especially between these two regions that such multilateral approaches are either missing or have not achieved their full potential. It is therefore imperative to have a constant exchange between countries from both regions on topics of common concern in the field of foreign and security policy.

The “Asia/Pacific-German Strategic Dialogue”, which is a new initiative of the Regional Programme Political Dialogue Asia of the Konrad-Adenauer-Stiftung, tries to do exactly that. It aims to create a strategic dialogue between Germany and like-minded countries in the Asia/Pacific. The target group consists of current Members of Parliament and party representatives from those countries that can play a constructive role in shaping international politics in the Asia-Pacific region.