In September 2019, a group of young female leaders from Kuwait completed a one week dialogue program in Berlin. Under the heading “Women in Politics, Society and Economy”, the Kuwaitis met with German interlocutors from institutions such as the German Foreign Office, the German Bundestag and Freie Universität Berlin.
October 15, 2019 Ordering Information 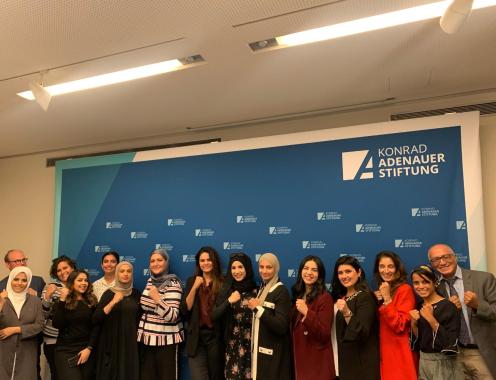 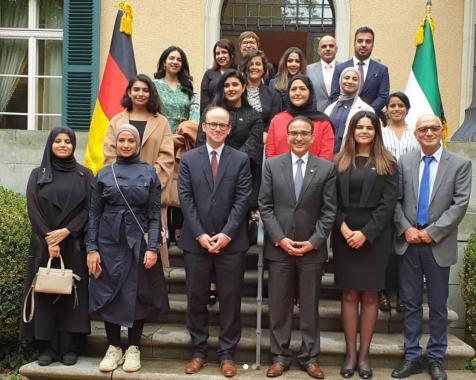 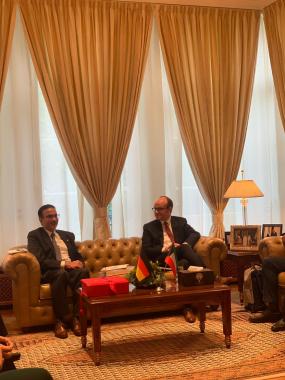 Meeting with H.E. Najeeb Al-Bader, Ambassador of the State of Kuwait to Germany 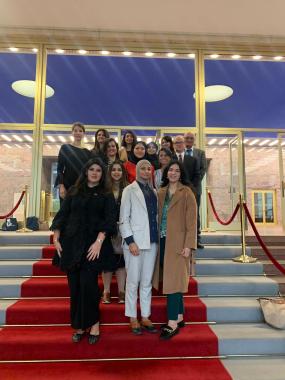 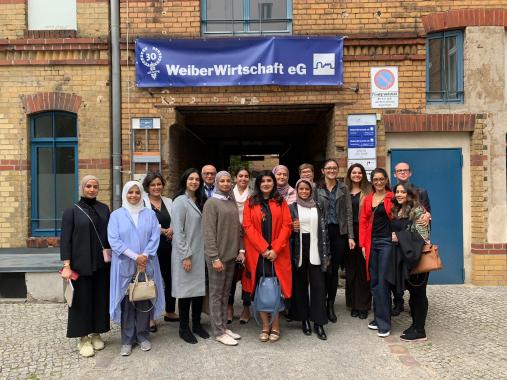 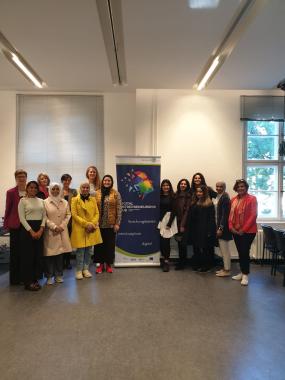 Before visiting Berlin, the Regional Programme Gulf States of the Konrad-Adenauer-Stiftung and its partner, Ibtkar, a Kuwaiti consultancy private firm, organized a two-hour workshop for the delegation at the premises of the German embassy in Kuwait. At the workshop, H.E. Stefan Möbs, the German Ambassador to Kuwait, Dr. Oliver Oehms, CEO of the AHK Gulf Region, Dr. Alanoud Al-Sharekh, Executive Director of Ibtkar, and Fabian Blumberg, Head of the Regional Programme Gulf States addressed the delegation and explained in brief the political and economic system of the Federal Republic of Germany and the purpose and content of the dialogue program.

Debate on the role of women in society and politics

The delegation and its German counterparts exchanged knowledge, ideas and experience about the role of women in society and politics in the two countries. Christina Henke, Deputy Chairwoman of the Berlin Women Union, for example, explained the importance of organizing the women in order to have their voices heard, to get equal representation and to push for gender equality. The topic of gender equality was also discussed with Dr. Melanie Piepenschneider, Head of the Political Education Department at the Konrad-Adenauer-Stiftung, and Catharina Neumeyer, International Consultant / Junge Union Deutschlands. In its part, the delegation informed their interlocutors about achievements but also obstacles that prevent the Kuwaiti women from achieving gender equality.

The delegation also met Zeina Nasser, a Muslim German boxing champion, who talked about her personal experience in boxing and the hurdles she faced because she wears a headscarf, which was then prevented by the German Boxing Associations. Nasser also described how Muslims are integrating into German society, but also what prejudices they are exposed to, and how family and environment react when a Muslim woman exercises a sport that is traditionally dominated by men.

Much space was devoted to meetings with representatives of CSOs and companies founded by female entrepreneurs. In those meetings, the challenges facing (young) women in Germany and Kuwait, such as unequal pay, the desire to start a family while at the same time being uncertain about career opportunities were discussed. In this regard, talks were held, for example, with representatives of Vodafone Institute for Society and Communication, BPW Club Berlin e.V., WeiberWirtschaft eG, SAP.iO No Boundaries and Freie Universität Berlin.

At the German Foreign Office and the German Bundestag, the delegation heard from their interlocutors Germany’s perspective about the importance of the relations with Kuwait and the Gulf States at large, and about the policies of Germany in the Middle East. In its part, the delegation pointed to the areas where Kuwait agrees and disagrees with Germany.

Foreign policy was also one of the topics that was discussed between the delegation and Cinzia Bianco, a GCC Research Fellow, at the European Council on Foreign Relations in Berlin.

The delegation also met H.E. Najeeb Al-Bader, the Ambassador of Kuwait in Berlin, who welcomed them at the embassy and emphasised the importance of their visit in strengthening the Germany-Kuwait relations. 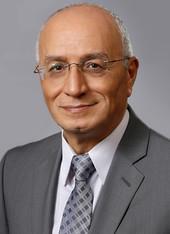 More about this topic
ibtkar-videosummary 2