Launching of the study on Military Courts

On June 20 the Justicia Foundation, together with the Konrad Adenauer Foundation, presented their new study “Military Courts and Fair Trial. Towards a Renewed Limitation of Powers” under the auspices of the Beirut Bar Association.
June 20, 2016

The study, written by renowned legal expert Dr. Paul Morcos, discusses reform proposals for the Lebanese system of Military Justice by comparing the roles of military courts in Lebanon, Egypt and Jordan.

In his opening remarks, former Minister of Justice Major General Ashraf Rifi endorsed a far-ranging reform of military courts in Lebanon. Peter Rimmele, Head of the KAS’ Rule of Law Program Middle East/North Africa and Antonio Hashem, head of the Beirut Bar Association, both stressed the great importance of reforming the Lebanese system of military justice for the consolidation of the rule of law

The high number of attendees clearly reflected the broad public interest in the topic. Last year, the case of former minister Michel Samaha, who had been convicted of smuggling explosives and preparing terror attacks and was sentenced to four years in prison only, had stirred a debate about the independence of military course, their broad powers as well as their possible reform or abolishment. 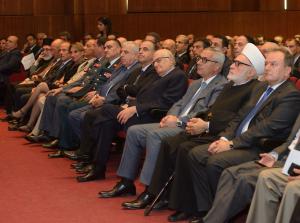 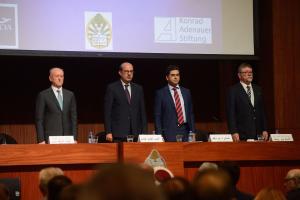 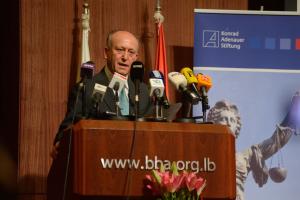