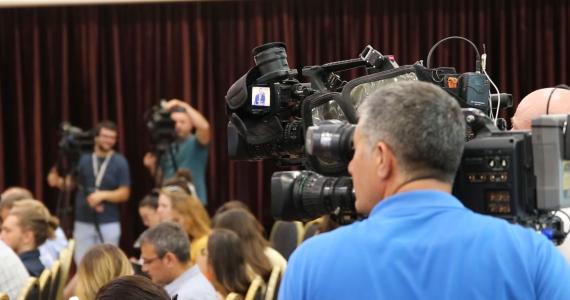 The recent Reporters Without Borders (RWB) report on freedom of the press reveals that media freedom in Albania has receded compared to the past. Currently, Albania is ranked position 84 among 180 countries regarding press freedom. In 2019, the country held position 82.

While journalists, media outlets and international organisations such as the Council of Europe condemn the new media laws, Albanian Prime Minister Edi Rama insists they are necessary to fight fake news. International observers view the new media laws as a step back on Albania’s route towards European standards.

Free speech as such is constitutionally protected in Albania and uniformly recognised by politicians. A press law, a law on audio-visual media as well as the law on access to information serve as further guarantees for media freedom, “but implementation of this legislation remains a challenge”, finds the European Commission’s 2019 Progress Report for Albania. Providing transparency regarding the ownership and funding of media outlets remains a key issue. Authorities regularly try to undermine laws protecting freedom of speech and expression in order to control online media, the IREX Media Sustainability Index Albania 2019 has found out. Albanian journalists report that the freedom of speech has “clearly declined”. Overall, the legal framework is in favour of media outlets, but lacks in practical implementation.

While crimes against journalists are not the norm in Albania, legal actions against journalists for libel and defamation are frequent. Steps toward full decriminalising have been undertaken in recent years, but international observers, including the OSCE media freedom representative, have demanded more progress in this matter. Fortunately, "after the government’s unsuccessful attempt in 2015 to recriminalise libel, no journalists faced libel accusations in 2016", the IREX report 2017 states.

Editorial independence of media outlets is not fully established in Albania, although media laws are technically of a high standard. According to the IREX Media Sustainability Index Albania 2019, “major improvements in quality and independence will happen only when the public Radio Televizioni Shqiptar (RTSH) is funded by its audience”. As of yet, RTSH is dependent on financial support provided by the Government.In addition to the difficult financial situation of media outlets on the oversaturated Albanian media market, which was hit hard by the financial crisis, independent media face discrimination through pressure from tax authorities and allocation of advertising budgets. Media in Albania are dependent on advertisement revenues. The largest part of funding comes from corporate actors, but government sponsored advertising also plays an important role.

In 2017 and 2018, Albanian Prime Minister Edi Rama called journalists – among other things – “ignorant”, “garbage bins” and “public enemies” upon being questioned on connections between his minister of interior to drug trafficking. This incident sparked international outrage and takes its place alongside a series of cases in which Albanian politicians – both governmental and oppositional – verbally attacked the media in recent times. According to a 2019 report published by the European Centre for Press and Media Freedom (ECPMF), “such language denigrates journalists and makes them appear to be a legitimate target for aggression in the eyes of the public, increasing the risk of threats or violence against them”.

Albanian Journalists have reported experiencing an increase in online harassment after being insulted by the Government. Reporters Without Borders has also monitored this issue, coming to the conclusion that “behind the colourful language used against the media stands a ‘strategy of abuse,’ which aims to derail public attention from scandals by providing a readymade TV spectacle”. It might as well be “an attempt to delegitimise the ever shrinking pool of critical journalists”.