Media in Kosovo experienced entirely two different epochs, before and after the Kosovo War. Before the War media in Albanian language, the native tongue of most Kosovars, were banned or intimidated. After the War, with the help of the international community, a public broadcaster was set up and several private ones were aided. Since then, the media market has grown and diversified. More

Europe’s newest country is also home to a young media environment. Despite some recent attempts to further improve the legislative framework that guarantees freedom of speech and the press, a number of serious challenges to media freedom remains. More

The media market is fairly small in financial terms, but very diverse for a small country like Kosovo. The market is dominated by one public broadcaster, which includes four TV channels and two radio stations. The private sector consists of TVs, radios, daily newspapers and online media. Kosovo's difficult economic situation has a direct impact on the media. Significant challenges are thus posed to the well-functioning and professionalism of media in Kosovo by the financial difficulties and lack of sustainability of media companies. The online news portals are particularly prone to changes and their market is still unstable, since it is in its early stage of developing. More 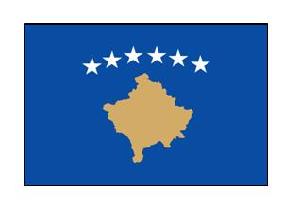