From socialist times to the current democracy, Croatian media have undergone a transition through a series of reforms. The dissolution of Yugoslavia and the autonomy in Croatia have opened up the door to the worldwide and European trend of market liberalisation. There has been a lack of transparency of media ownership and privatisation, due to which the main objective of journalism transformed into primarily gaining profit, whereas the quality of the media content became of secondary importance. Under such circumstances, tabloidisation finds its way into the media, which conforms to the audience but also attracts advertisers as a source of profit. More

Croatia became the newest member of the European Union in 2013 and in the course of the accession period harmonised its media legislation comprehensively with European standards. As such, EU membership per se cannot guarantee media freedom, however. Croatia continues to score mediocrely in press freedom rankings and the media industry has been suffering from the financial crisis. More

Croatia has too many media outlets for such a small market. The media is run by the state and private owners whose identity, especially in printed media, is largely unknown. Nowadays public and commercial broadcasting stations are present, which hold national, local and regional concessions. Parallel to the global development of technology, the internet is also developing and becoming an important segment of informing the public. More 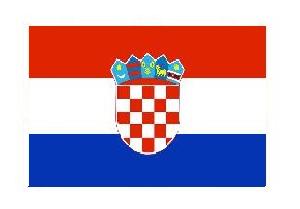