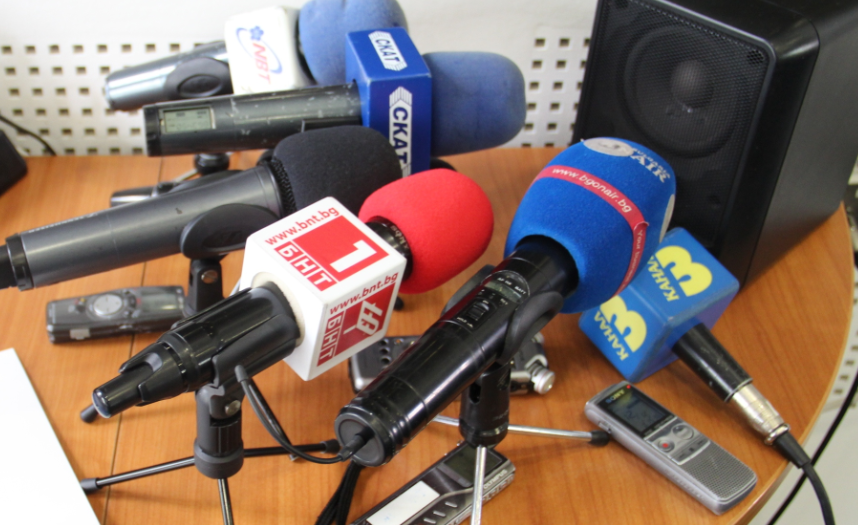 Concerns over media freedom in Bulgaria have been voiced for several years in a row. The recent Press Freedom Index 2021 of the media watchdog organisation Reporters Without Borders (RWB) deepening of the problematic trend: Bulgaria is again the lowest ranked country in the European Union in terms of media freedom by dropping one place further down in comparison to 2020 (112th place of 180 countries). Reporters Without Borders point out that journalists are not only subjected to smear campaigns and harassment by the state, to intimidation and violence, but unfortunately there is a lack of proper investigations or condemnations of the violence against journalists.

Trust in media among Bulgarians has declined

Bulgaria’s worrying downward trend in media freedom started in 2006, when the country was still ranked 35th in the RWB Index. Within 14 years, Bulgaria lost 76 ranks in the Index and the media situation tightened to an extent that only ten percent of Bulgarians believe the media are independent, as suggested by the representative opinion survey commissioned by KAS Media Programme South East Europe. In the latest IREX Media Sustainability Report, several Bulgarian journalists quote the main reason for the lack of credibility as media oligarchs and politicians controlling media coverage. Freedom House shares the assessment of IREX and RWB as its Press Freedom score for Bulgaria drops from 3 (“good”) in 2019 to 2 (“bad”) in 2020 and in 2021 the score remains the same (2). What worsens the situation is that “the law is often circumvented or even changed to favor powerful interest”, the IREX Report finds. Although the national media law meets European legal standards, judicial authorities do not always protect media freedom with their biased court decisions and unfair treatment of journalists. Moreover, journalists are under pressure from private owners or public media management. And the ongoing influence of Delyan Peevski over the media still poses a threat to media freedom.

Several threats and "warnings" against journalists are the most blatant examples of the sort of pressure and intimidation media representatives have to deal with. The number of journalists being attacked verbally and even physically has risen alarmingly in recent years. For instance, investigative reporter Hristo Geshov was threatened and beaten in front of his house in May 2018 after he had published articles about alleged corruption of Bulgarian municipal authorities. Despite international watchdogs having called on the authorities to stop the harassment of media representatives, there have been repeated cases of politicians trying to intimidate journalists. Assaults on journalists continued in 2020 - Polina Paunova was attacked while attempting to interview participants at a GERB party conference, Dimiter Kenarov, was subject to police violence during his coverage of the antigovernment protests in September, masked men beat investigative reporter Slavi Angelov outside his home, another investigative reporter, Nikolay Staykov, received death threats after releasing a documentary about high-level judicial corruption.

Threats are not the only means to obstruct critical journalists from performing their job. The fact that libel is not decriminalised in Bulgaria, allows for heavy fines against journalists and media outlets daring critical coverage. The IREX Report 2019 states that the government may impose a fine of up to 15,000 BGN (7,700 EUR) on journalists, adding: “Most such lawsuits are brought by local government officials against local reporters covering corruption or mismanagement.”

The ownership structure of the Bulgarian media market remains one of the main challenges for media freedom. Orlin Spassov, lecturer at Sofia University and executive director of the Media Democracy Foundation, illustrates: "Media ownership in Bulgaria is like a Matryoshka doll – there is always one figure behind the other." With advertising budgets from business and the state remaining the main sources of media funding, media find themselves in a situation where critical coverage of their financial beneficiaries might compromise their very existence. Self-censorship is thus not only an unprofessional practice, but also a necessity.

The 2019 IREX report also finds that unclear ownership of media outlets has become a problem, especially in the online sector. Although the law prescribes that owners have to be disclosed, some outlets tend to hide their true owners by misstating their ownership situation or registering in foreign countries. As a result, there is a growing insecurity among the population whether certain media outlets – mostly tabloids – are trustable sources. The lack of transparency of media ownership as a source of concern is also stated in the 2021 EC Rule of Law Report.