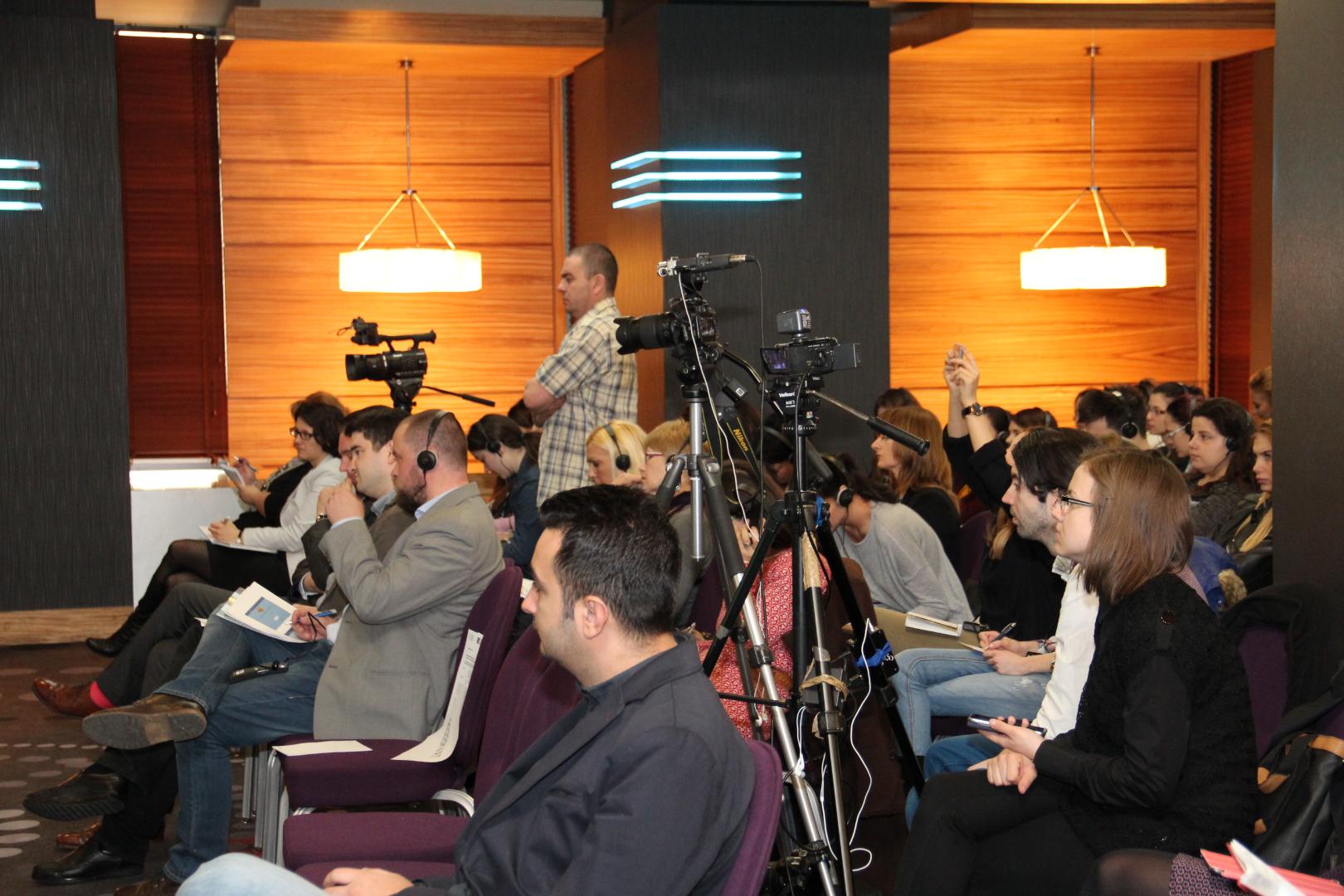 Romania is the top performer in South East Europe in terms of press freedom – at least in the ranking of Reporters Without Borders. And yet, a disturbing rhetoric against the journalists as well as politicised media outlets have contributed to an unbalanced media environment. What is more, the legal provisions protecting independence of the press are not properly enforced and even sometimes in danger of being reversed.

Best ranking in the region

According to the 2021 Reporters Without Borders (RWB) Ranking, Romania holds position 48 out of 180 countries worldwide regarding press freedom - same position as in 2020. It is remarkable that the country now has an even better score than any other Southeast European country. Yet, RWB expressed their concern over the country’s “free fall in press freedom” right before Romania’s first-time take over the EU Council’s rotating presidency in the first half of 2019. The watchdog NGO Freedom House evaluates Romania to be “free”, making the transition from “party free” to “free” in 2014 and remaining with this assessment.

Also, according to Freedom House the media environment is relatively free and pluralistic. Yet, some key outlets remain controlled by businessmen with political interests. The funding of media outlets depends on publicly funded advertising and subsidies. For these reasons, Freedom House rates media freedom in Romania with 3 out of 4.

Although freedom of expression and the press are well-anchored in both the constitution and specific legal provisions, many Romanian journalists agree that the authorities tend to intrude journalistic work with subtle measures, as cited in the IREX Media Sustainability Report 2019. For instance, the EU’s General Data Protection Regulation (GDPR), issued in May 2018, “is a new tool that authorities use to put pressure on investigative journalists” by threatening and questioning their sources. Additionally, the National Audiovisual Council (CNA) the broadcast regulating authority, has been criticised for its lack of transparency and rather poor work ethic, IREX states.

Defamation was decriminalised in 2005 (effectively in 2010) and has since then been treated as a matter of civil law. Disturbingly, defamation came back to the spotlight in late 2013 when the criminal code was hastily amended without public consultation to inter alia re-criminalise libel. After a series of outraged statements by local NGOs, foreign embassies and international organisations raising awareness for this serious development, the parliament temporarily backed away from the proposed amendments. According to IREX, in 2018, “members of the ruling party invoked the need to reintroduce penalties for 'defamation of the country,' which would apply mainly to journalists”. These instances, however, show that gains in media freedom can easily be outdone and need to be safeguarded, and are especially endangered by unstable governments

Sometimes, existing regulations are not properly implemented. The Freedom of Information Act governing the access to public information was enacted in 2001, but authorities often stubbornly refused requests for information directly or indirectly – with potential consequences for journalistic practice. The 2019 IREX report concludes that the – theoretical – progressive legal situation is often undermined by authorities in practice by paralysing the media’s information procurement. For instance, journalistic requests are often processed with massive time delay or even rejected because of GDPR concerns.

Verbal and physical attacks against journalists

The political situation in Romania over the past years has been quite tumultuous. In the course of the unrest, journalists have been subjected to on-going harassment, especially by authorities, according to the 2019 IREX report, leading to a tense environment in the media landscape. While IREX noticed a “harsher tone toward journalists” and stated that ruling parties increasingly tend to pick government-friendly media outlets while rejecting interviews requested by others, RWB warns that “the attitude towards journalism and free speech that prevails within the state and the political class continues to encourage censorship and self-censorship”. During the anti-government protests in August 2018, several journalists were targeted by the police using tear gas and other weapons.

Next to financial insecurity in the light of the economic crisis, political and industrial interests influence the reporting of media outlets. Political conflicts are usually played out in the media, with the public media frequently siding with the government line, while privately owned media support their owner’s interests. “Although the media environment is relatively free and pluralistic, key outlets remain controlled by businessmen with political interests, and their coverage is highly distorted by the priorities of the owners”, Freedom House finds. Media ownership is thus a contested issue in Romania, and the increasing concentration of media outlets in the hands of one political camp has a vast impact on the press freedom in Romania.

Thus, despite Romania’s high scores in press freedom rankings, reasons to worry about the health of the country’s media situation remain plentiful. In 2021, Freedom House highlights that some of the key outlets are continuously controlled by businessmen who tend to have political interests.