Media Situation in Bosnia and Herzegovina 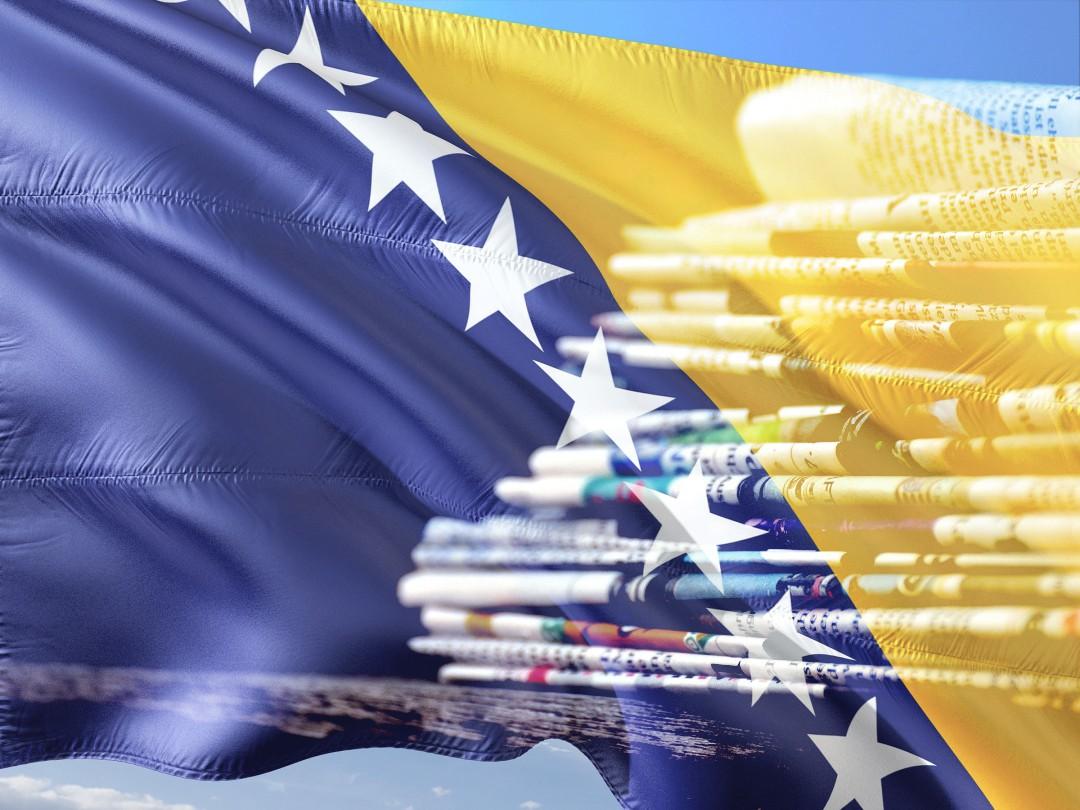 More than twenty years after the end of the war, in 1995, Bosnia and Herzegovina (B&H) is still burdened by the problems from that time: national intolerance, political discordance and economic decline. By its constitution, it is divided into two entities, The Federation of B&H (FB&H) and the Republic of Srpska (RS), and the Brcko District. This is of relevance for understanding its media system. Most of the media in B&H are divided along entity, ethnic, political-interests and economic lines. The working conditions of most journalists are very difficult. They are irregularly paid, have low salaries, an undefined status and contracts that do not guarantee workplace security.

Media owners are often affiliated with political or economic lobbies. Very often the interests of the profession for true and balanced coverage are neglected due to the interests deriving from the partnership between media owners and politics. Journalists are exposed to increasingly more frequent pressures from public figures and politicians, verbal attacks and threats, occurrences of withholding information, and even direct influence on the editorial policy. Such a position is a base for the development of self-censorship, by which professional coverage is even more threatened.

On the other side, right after the end of the war, from 1996 to 2000, a positive advancement has been made. B&H was the first in the region to initiate democratic changes in the sense of acquiring media freedom and freedom of coverage. This happened under the influence of the international community, which has been present in B&H for the past 25 years. Steps forward have been made: the independent commission for media was established which later grew into the Communications Regulatory Agency (CRA B&H), the body for telecommunications and electronic media on the level of B&H. Defamation was decriminalized by adoption of the Law on Protection from Defamation; the Law on the Free Access to Information was adopted; 6 existing journalists’ associations have adopted the unique BH Press Code, after which, in 2000, the first self-regulatory body for print media in the region was founded, the Press Council in B&H.

It is a fact that in B&H there is no limit for accessing sources, through cable TV distributors, the internet or social networks. Licenses for starting up print media do not exist, with the exception of the regular new business registration. Also, there are no limits for opening web platforms and web portals. However, in all this positive development, there is a lack of good practical implementation of the adopted legislation; politics willingly breach these already established measures and warranties, thus endangering freedom of professional media coverage on a daily basis, placing media under its control regardless of the means - bribing, blackmailing or threatening. Unfortunately, due to the inertness or corruption in the justice system, there is no reaction for such breaches of media freedom and endangerment of journalists. This, amongst else, is one of the reasons why the press in B&H has been described as only “partly free” by the independent watchdog NGO Freedom House. The reasons for the big delays in the digitalization of media are also political, and it is not likely that great improvements will occur soon. This is yet another new burden contributing to B&H’s decay and placing it on the margin of activities for development of free media in the region.

Nonetheless, a huge number of web portals still do not meet the necessary ethical and professional coverage standards, and very few of them really have their own, originally produced, news; "copy-paste journalism" is a trait of many, and copyrights are often breached, due to the unauthorized copying of author articles and photographs. Freedom of expression is guaranteed, but when it comes to UGC, comments of anonymous web portal visitors, this freedom is, unfortunately, often abused through posts of hate speech, incitement, defamation or even threats. The Press Council in B&H, the self-regulatory body for the press and online media, is intensively working on educating web portal editors and journalists, raising coverage standards and acceptance of the norms of the BH Press Code. In 2014, the Press Council launched a campaign titled “STOP! Hate Speech” with the aim to monitor and prevent the spreading of hate speech in the comment sections of news portals. Originally set up as a short-lived project ahead of that year’s elections, the campaign has been continuously funded ever since. The inflow of citizens’ complaints about hate speech in media is also great. However, the magic circle of daily politics, the poor economic situation, and the poor financial state of print media in B&H, bring into question the future survival of this body, which has been operating on the basis of foreign-donors’ financial support during the past 14 years of existence and development of media self-regulation in B&H.

According to the EC Bosnia and Herzegovina report 2020 no progress has been made on guaranteeing freedom of expression and of the media, nor on ensuring the financial sustainability of the public broadcasting system. Furthermore, the political pressure, intimidation and threats against journalist and particularly woman journalists persist. In spite of that investigative journalism plays an important role in the fight against corruption.

The Covid-19 pandemic threatened the freedom of the press – journalists were excluded from government held press conferences, there were abstractions of journalists’ work and accusations of false reporting.

All of the facts stated above bring us to the essential issue of the need for developing conditions for free media coverage and free journalism work, which in today’s situation in B&H primarily depends on the political will and responsibility of the governments in B&H to set the country on the course of democratic development.