Conference "Mastering innovation and resilience in the digital age"

If you want to know what the digital future will look like, it is worth taking a look at Singapore. Singapore has some of the fastest internet speeds on the planet, 150 % mobile penetration and an average of 6 hours of 41 minutes of internet usage per day. It is a rather digital society already. As a city-state with limited space, it offers the best conditions for digital innovation. A strong government vision, a top-down approach, long-term planning, and strong citizens' trust in their government paired with excellent infrastructure make it an experimental field for new technologies.
May 28, 2018 Ordering Information 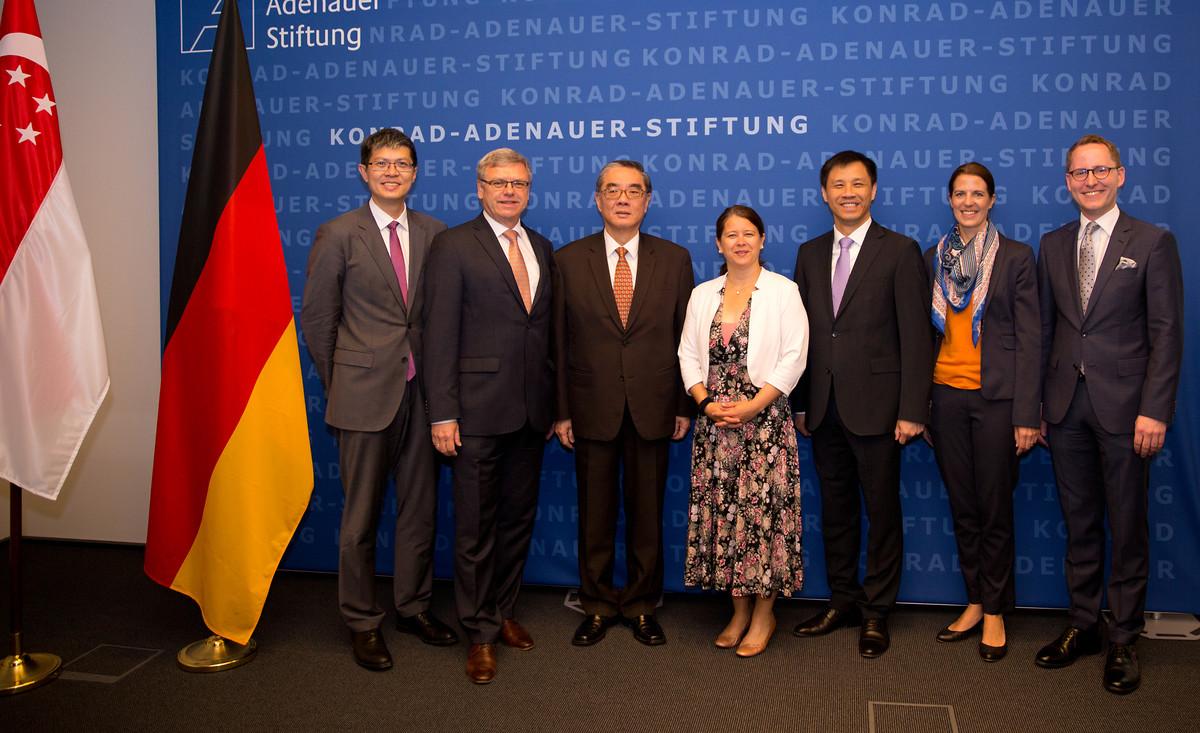 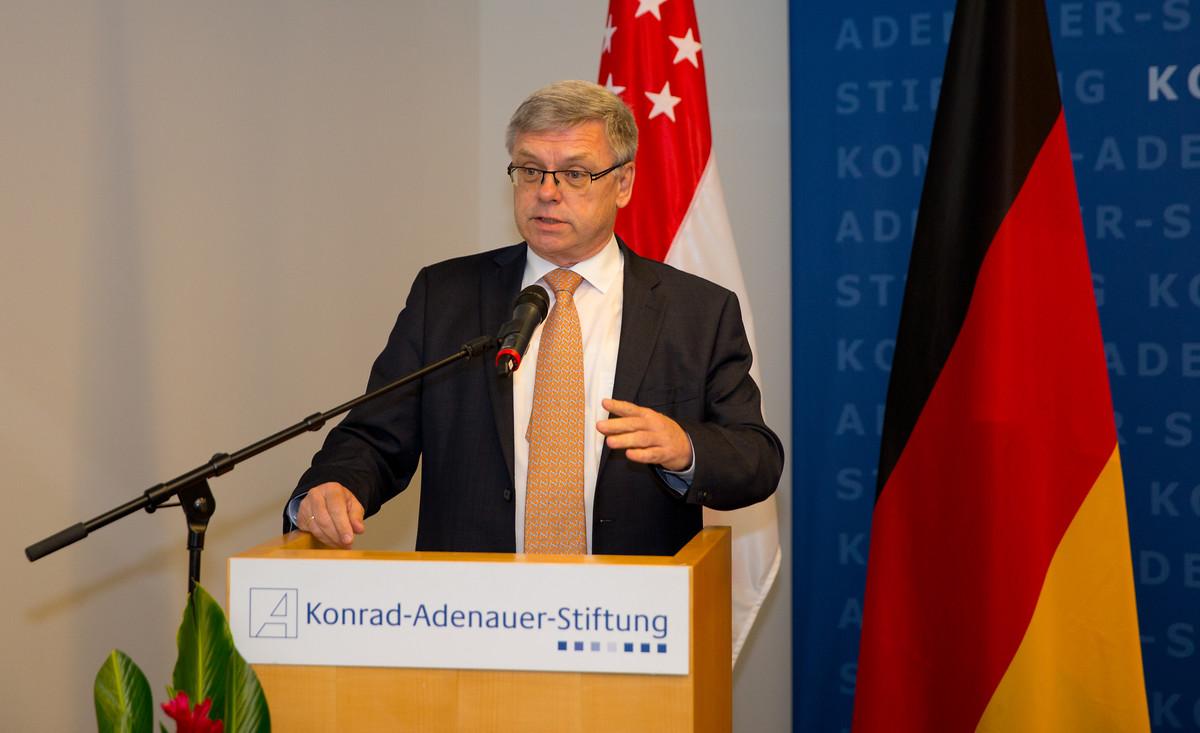 Frank Priess, deputy head of the Department EIZ of the Konrad-Adenauer-Stiftung 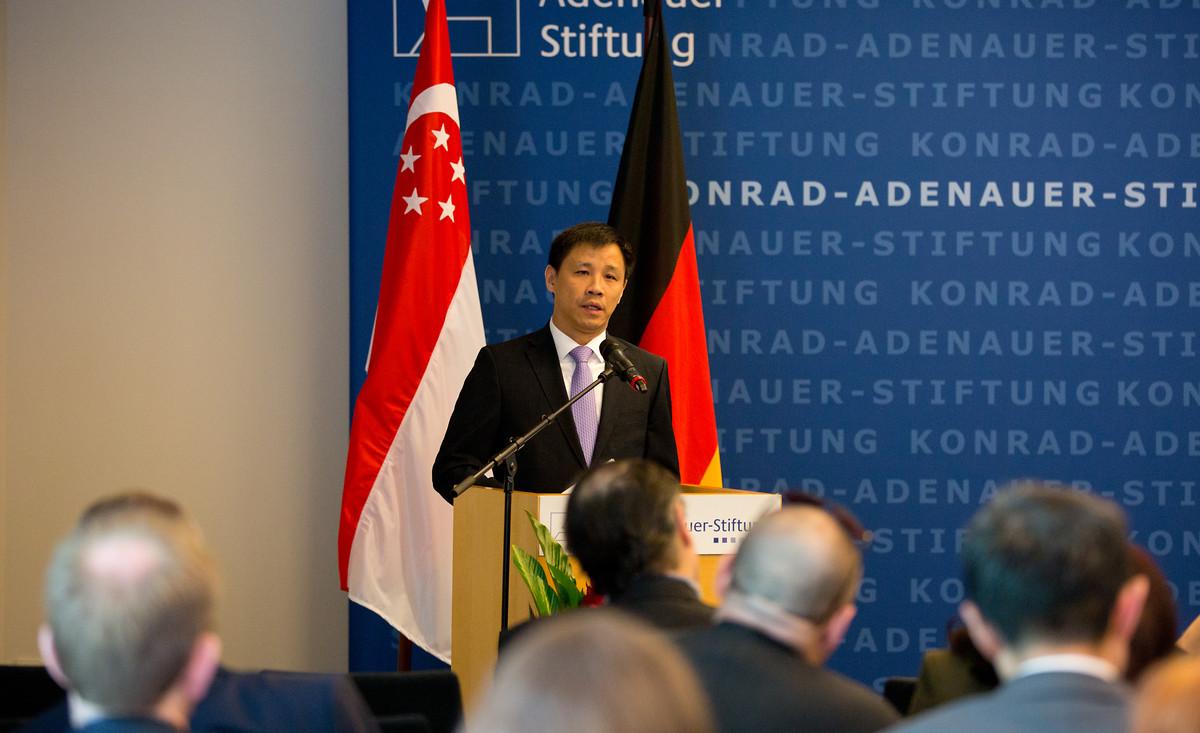 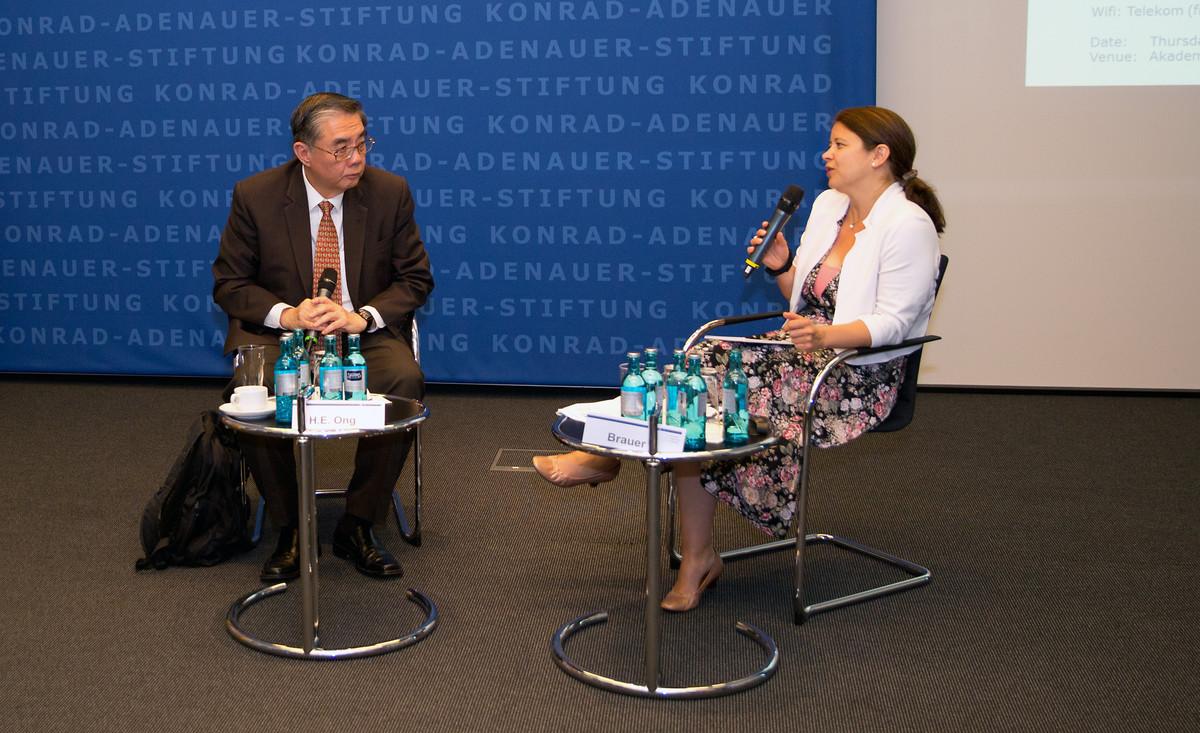 Ambassador Ong in conversation with Rabea Brauer, head of the Asian team: an important guiding principle of the external Singapore’s policy is to maintain good relations with the USA as well as with China 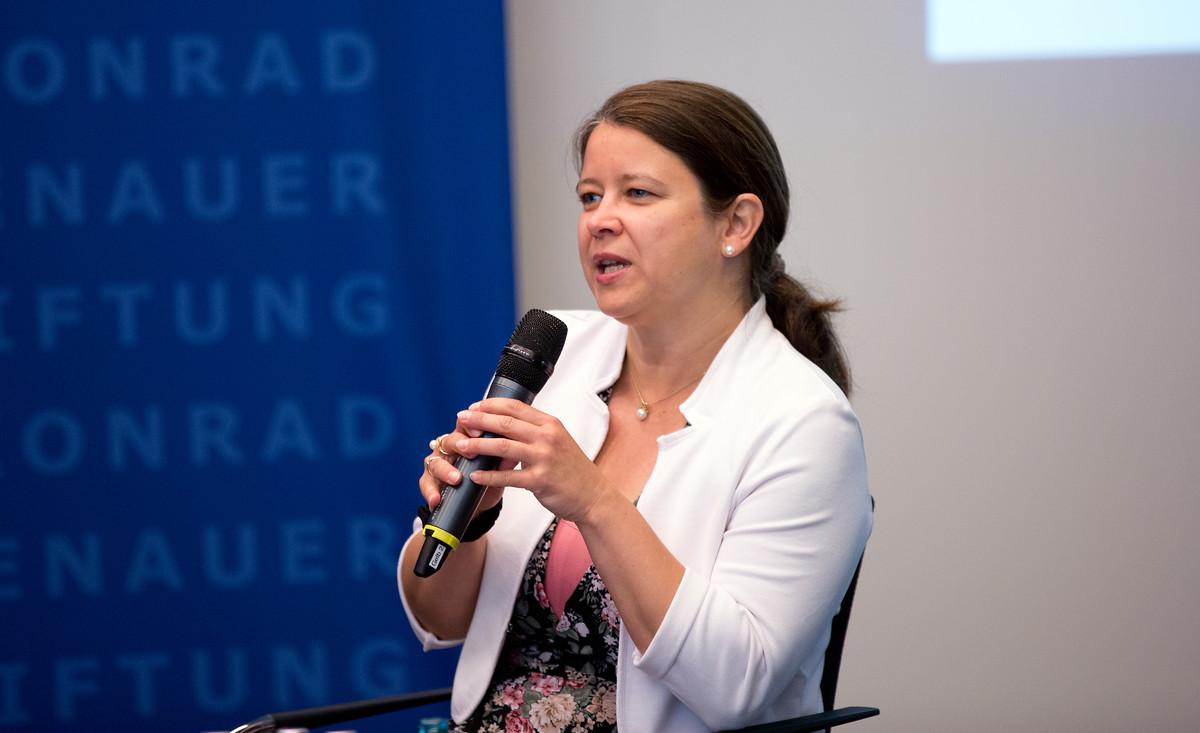 Rabea Brauer, head of the Team of Asia and Pacific of Konrad-Adenauer-Stiftung 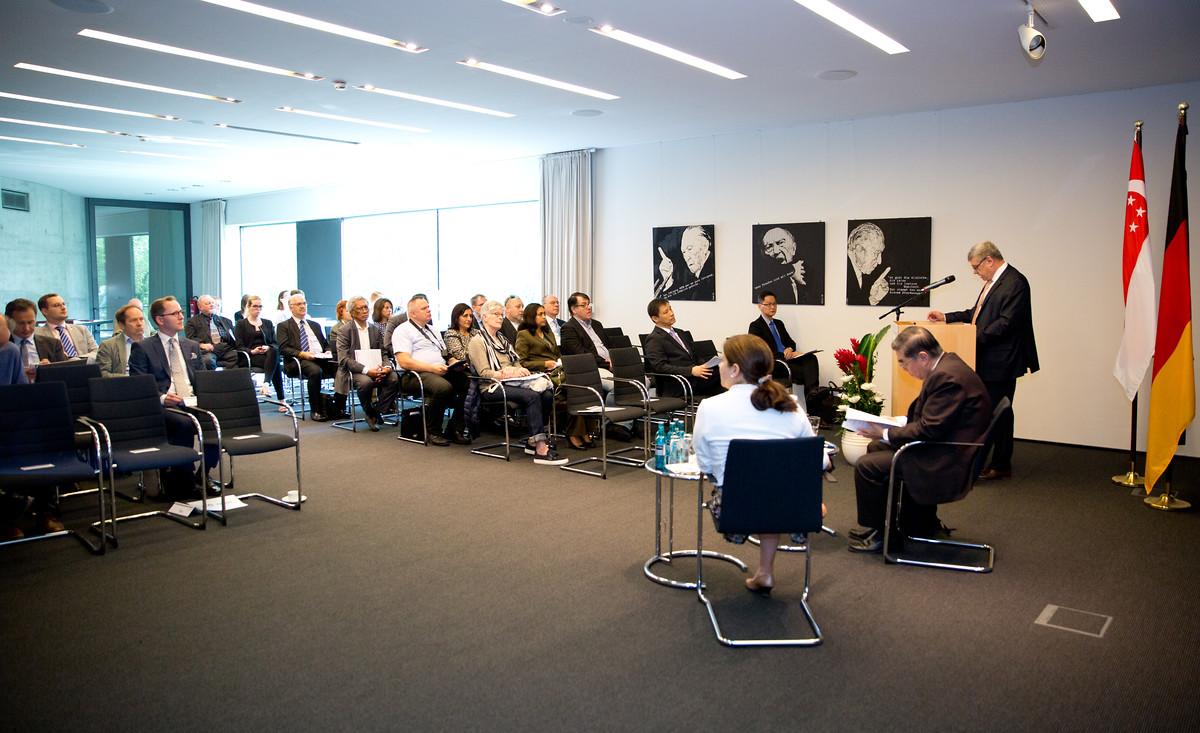 Conference “Mastering innovation and resilience in the digital Age” 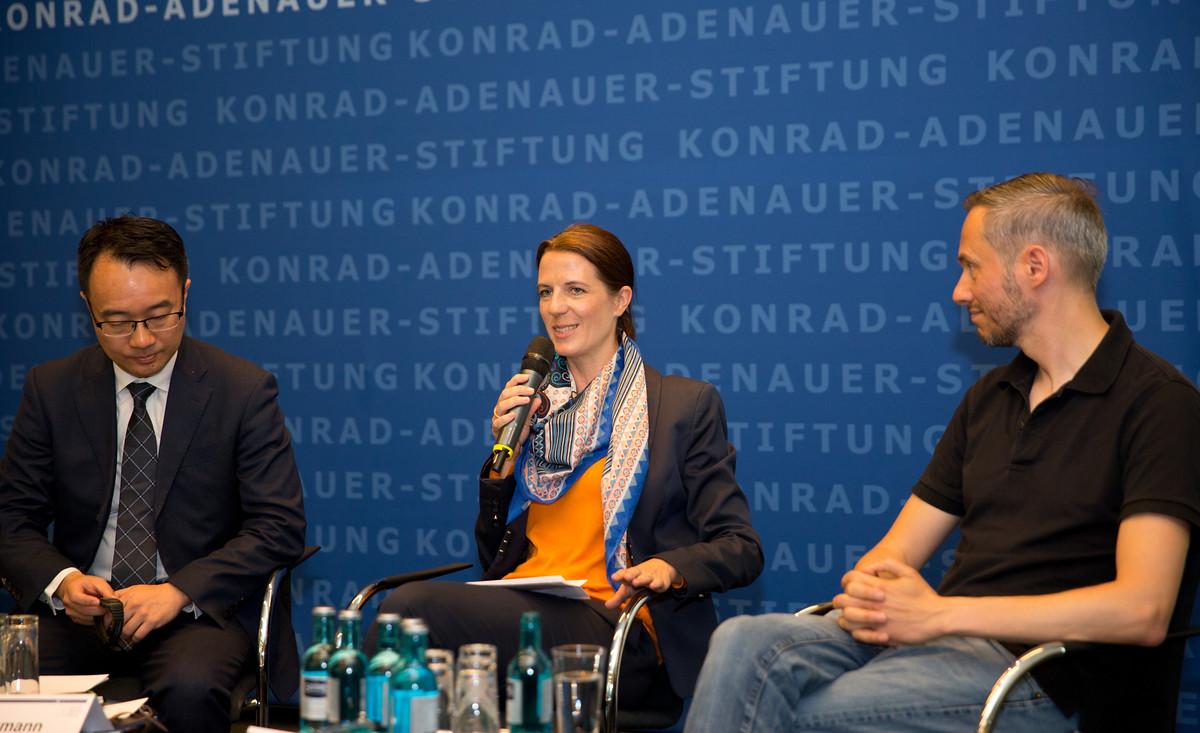 Top-down and bottom-up: Benjamin Ang, RSIS, and Nicolas Zimmer, Technology foundation Berlin, explain the different approaches of both Singapore and Berlin on the implementation of smart cities technologies 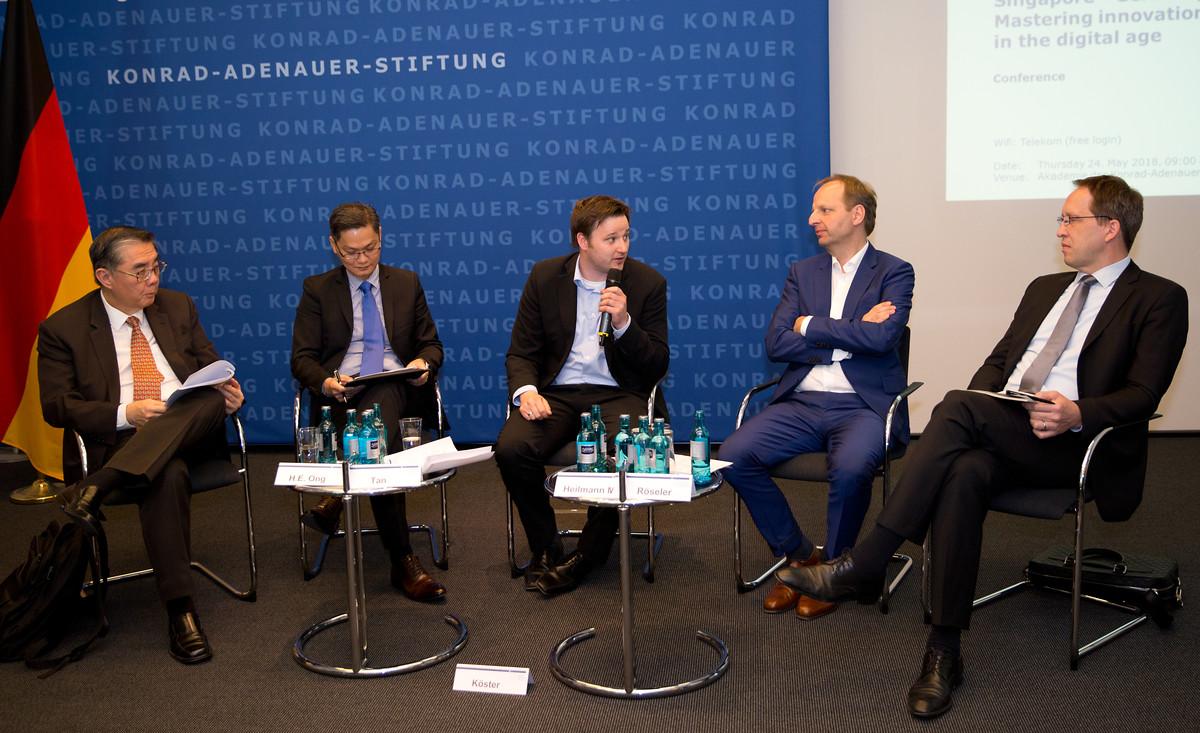 “Half of the Jobs of 2030 are not even invented yet”: MP Thomas Heilmann, CDU, Oliver Röseler, Deutsche Post DHL, Ambassador Ong and Dr. Tan Teck Boon, RSIS, discussing the future of work. 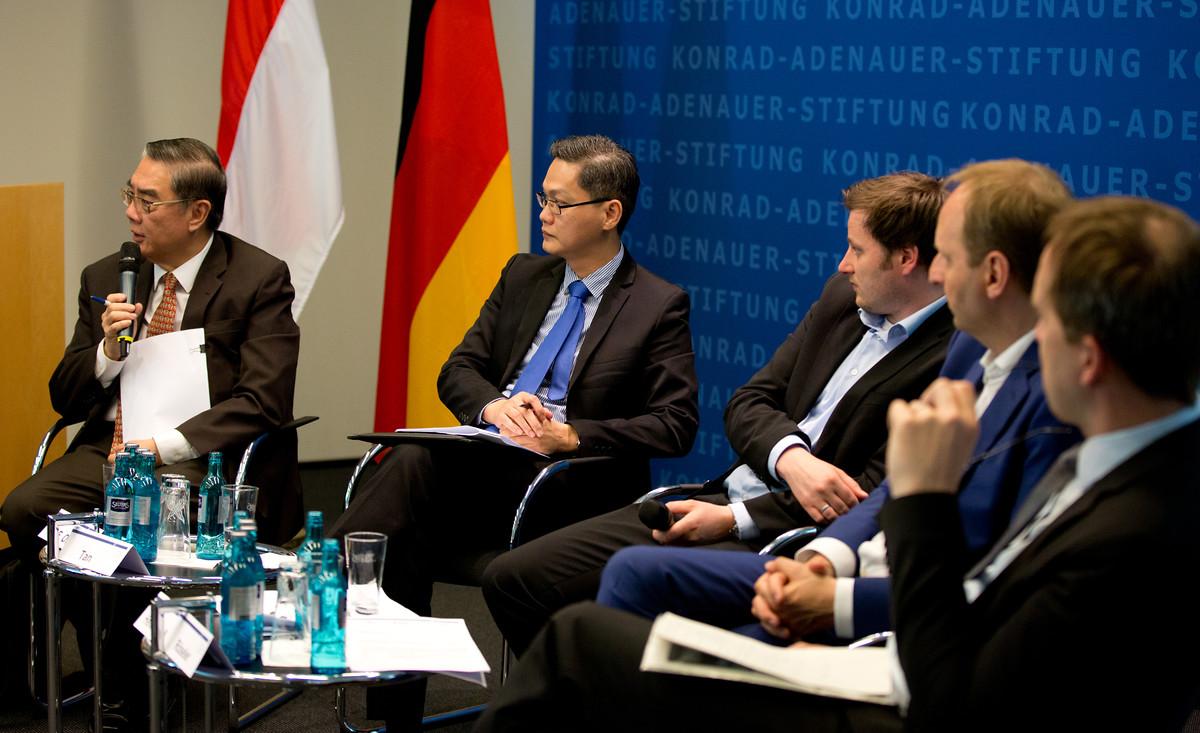 Panel on the topic “digital economy” 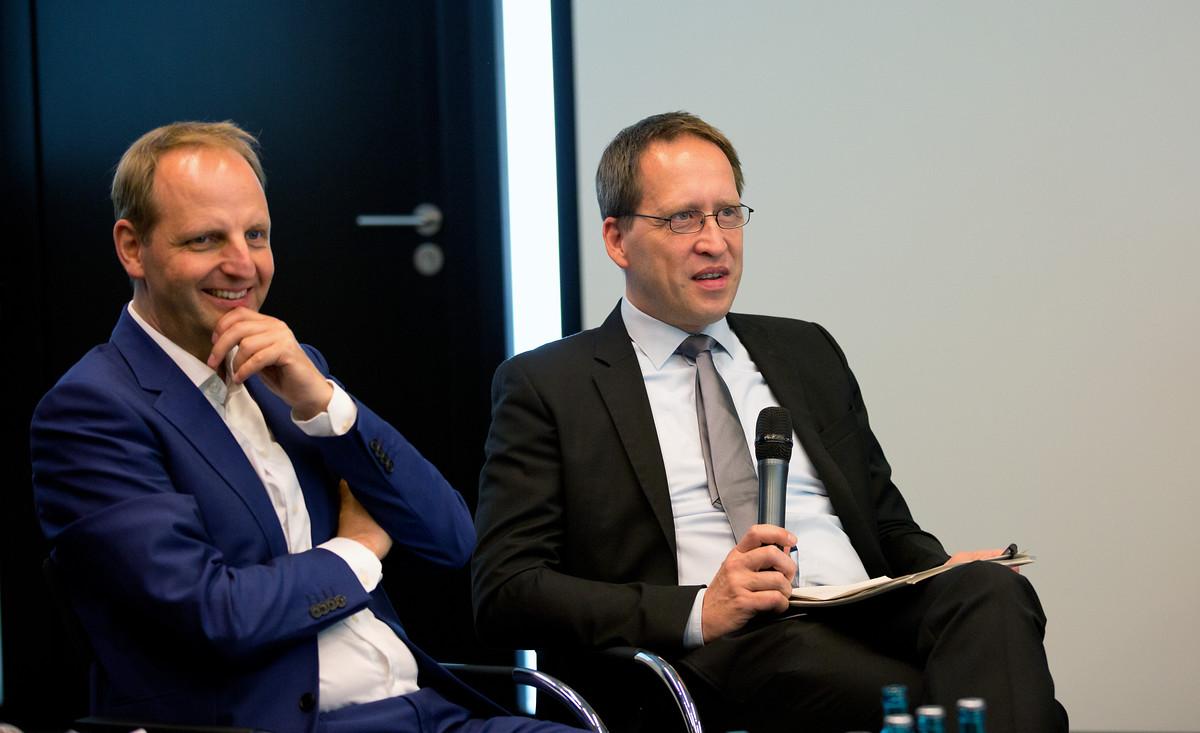 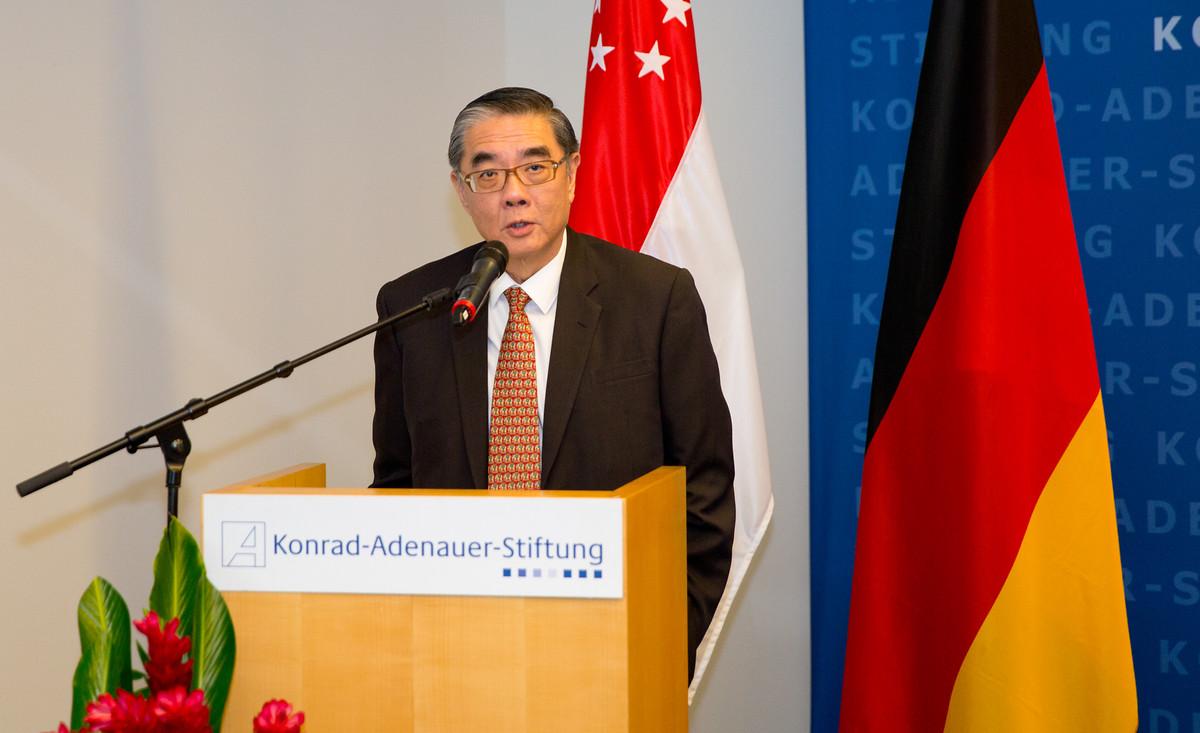 Therefore, the Konrad-Adenauer-Stiftung organized the conference „Mastering innovation and resilience in the digital age” with experts from the renowned Singapore think tank RSIS to discuss benefits and challenges of the digital transformation with a focus on smart cities and the future of work.

The government of Singapore has a clear goal: the city state should become a “smart nation”. Through the application of technologies and investment in the digital infrastructure, technical solutions in the sectors of transport, housing and environment, healthcare, and public administration, the coexistence of the nearly six million inhabitants, living on a total area half the size of Berlin, shall be organized more efficiently – from self-driving busses, to digital medical records or even trash cans whose sensors indicate when they need to be emptied. To encourage innovation and collaboration between citizens and companies, open data is made available at government portals such as Data.gov.sg and Datamall. At the moment, one of the priorities is a unified cashless payment system.

The “Smart Nation Initiative” launched in 2014 by Prime Minister Lee Hsien Loong is a success story: Singapore was ranked the top performer in a global smart city ranking in all four of the key areas measured - mobility, healthcare, public safety and productivity.

But what are the implications for the citizens and the society when cities are becoming smarter and sensors and cameras are constantly delivering real-time data? The collection and aggregation of data by smart home-applications, video cameras and sensors measuring traffic density, temperature or pollution levels, raises the question of how this information is stored and processed. The discussion highlighted the need for strict rules regarding the access to these data. While introducing new technologies, it must also be ensured that the added value for the user is clearly apparent. An example from the field of smart living: 200 “smart homes” were equipped with an “Elderly Monitoring System” analyzing specific movement patterns. But so far, the feeling of being under surveillance is still prevailing and three quarters of these newly equipped homes are not occupied.

In Berlin, there is no such interdepartmental smart city strategy. Instead, some scattered projects are emerging. They often address concrete needs of the citizens, like an overview of free spaces in childcare. Consequently, the public is not too worried about the central collection and analysis of real-time data.

“The digital age is here to stay”

Not only cities are becoming more connected and more “intelligent”, but also machines. How will we work in the future? Will jobs disappear, because machines and artificial intelligence will carry out the tasks, or will technological innovations create new forms of jobs that are still completely unknown nowadays? In view of the many industrial upheavals since the invention of the steam engine, the discussants called for maintaining optimism. Creativity, intuition and leadership will not be replaceable even in a fully digitized future.

Now is the right time that Germany starts preparing for a digital future as well. This does not just include providing the digital infrastructure. Future-oriented education concepts, especially in the area of lifelong learning, need to be developed. But also, existing social security and tax systems as well as labor market policies must be designed to correspond to a changing labor market. Last but not least, the public administration and its structures must be adjusted to the digital future.

Digitalisation in Asian and Europe