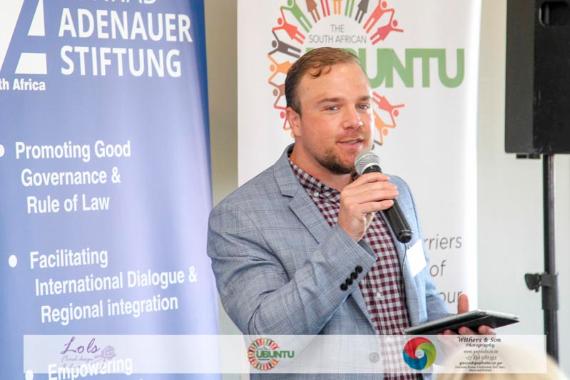 Pieter-Louis Myburgh, during his presentation 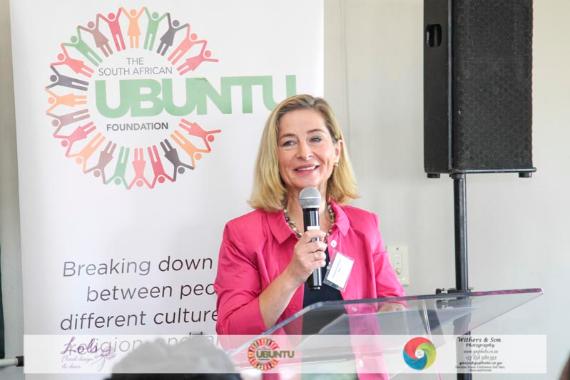 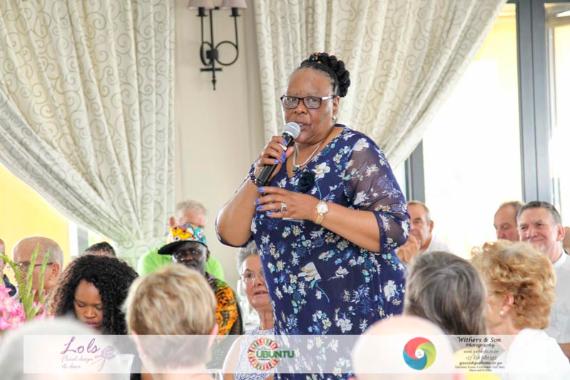 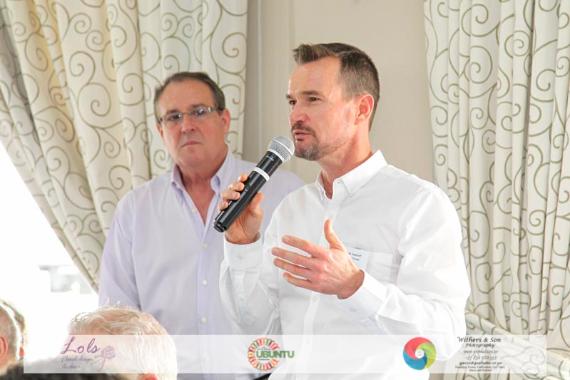 The constitution of South Africa protects and promotes the free press

At the beginning of his presentation Myburgh talked about the fact that the timing of his book release became the initial criticism of the book. People talked about the release date, just before the elections, so they did not have to address the concerning content. Ace Magashule criticized Pieter-Louis Myburgh as a young, 27-year-old white boy and even the official release event of the book had to be cancelled. That is just a little teaser of what Myburgh had to deal with because of his book.

His motivation to keep writing investigative books is the public interest, especially for Gangster State. His work is intended to address the necessity of investigative books by showing when a state stops functioning and poor people on the ground get affected. The constitution of South Africa protects and promotes the value of a free press in South Africa. In 1994 for example, Nelson Mandela said the following: a critical, independent and investigative press is the lifeblood of any democracy. The press must be free from state interference. It must have the economic strength to stand up to the blandishments of government officials. It must have sufficient independence from vested interests to be bold and inquiring without fear or favour. It must enjoy the protection of the constitution, so that it can protect our rights as citizens (February 1994).

State capture is not unique to South Africa and Myburgh distinguished it from ordinary corruption. He explained state capture as a long-term form of corruption, where institutions, such as law enforcement, collapse and the state capturer captures the government for his own benefits. It is a process where policy-making is manipulated and non-transparent payments take place.

The capture of the Free State government by Ace Magashule is comparable to the capture of the national level by the Gupta family and President Zuma. Myburgh started investigating the case for News24, but soon realized it had to be unpacked in a large scale, which is why he decided to write a book. In the Free State, Magashule came up with a plan for the press: he centralized ad-buying, and since advertising revenues are existential to newspapers, some newspapers he did not approve of had to stop publishing because they ran out of money. Magashule also used the method of state capture skim, where children of politicians are absorbed in business and the money will flow to political elites – not always to Magashule himself but to people surrounding him.

He used public platforms to show himself as a saviour of the state and made sure people were supporting him.

According to Myburgh we are now in the era of new dawn. A faint glimmer of hope. The Zondo commission is currently unpacking state capture in South Africa and the population needs to keep putting pressure for it to complete its work. The National Prosecuting Authority of South Africa claims to prosecute the offenders of state capture. So far there are records of arrests, but none of the top level officials have been arrested so far. Myburgh mentioned that as long as the senior politicals are not arrested, South Africa will stay in the dawn and will remain a Gangster State.

Why did the KAS support this event?

Freedom of expression is one of the main pillars of democracy and having a free press, where investigations can be published freely, is an important factor for this pillar. By hosting this networking breakfast in partnership with the SA Ubuntu Foundation, the Konrad Adenauer Foundation promotes a free press and investigative journalism. 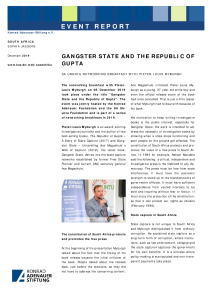 Gangster State and the Republic of Gupta
Herunterladen