International Relations in The Asia-Pacific Region: The Role of the EU and the Us

The EU and the US’s Asia-Pacific Policies: Expectation of ASEAN and the Region

KAS Vietnam and the University of Social Sciences and Humanities successfully organized the workshop entitled “International Relations in the Asia-Pacific Region: the role of the EU and the US” on September 29th. Speakers at the workshop were Deputy Head and First Counsellor of the EU Delegation - Mrs. Axelle Nicaise, German Ambassador to Vietnam - Dr. Guido Hildner, the USA Embassy’s Political Counselor - Mr. Noah Zaring, Head of Ministry of Foreign Affairs’ European Department - Mr. Dinh Toan Thang and Director of the Diplomatic Academy of Vietnam’s Strategic Institute - Dr. Le Dinh Tinh. 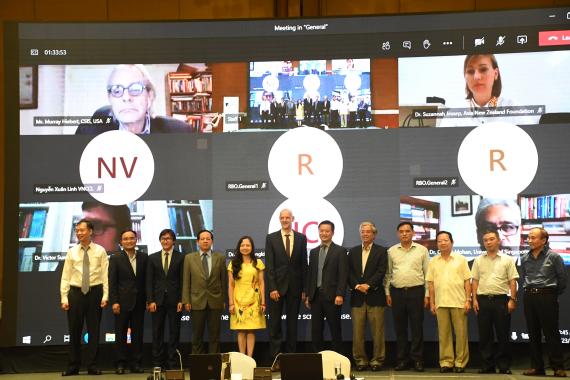 Rules-based [international] order is defined as the notion that all are bound by a global set of rules, an international law above power. After the Second World War the United States sought to create a more rules-based international order and drove the creation of new institutions, chiefly the United Nations, the World Bank and the International Monetary Fund, the World Trade Organization. Order is necessary to reduce chaos. But whether the international order is just, fair, depends on the type of international order it is. Many “realists” argue that the rules-based order is a fiction and that international relations are still determined by power. Truth is somewhere in the middle. International relations are not defined exclusively by either power or rules, and the distinction between the two is not always clear cut The idea of a “Rules-Based Global Order”, and the need for it, has risen to prominence in recent years. Various ideas of a “rules-based global order” have been promoted by various countries and organizations. However, the concept of a “rules-based global order” is still ambiguous. At the regional level, a big concern today is that multiple “orders” start to emerge. However, it is necessary to explore a possible existence of consensus on a rules-based regional order. ASEAN countries are among top affected when set rules lose cohesion and abidance. ASEAN is severely tested, adrift and divided. It is imperative for ASEAN to finds constructive solutions to maintain its relevance and centrality in regional processes. A big question for ASEAN now is to explore the possible existence of consensus on RBO, what rules are to be followed, what visions actors have about the institutions that must be used to establish the rules, what their mechanisms would be, and how decisions are reached within them? Today’s topic is very on time and useful for ASEAN and Vietnam itself, especially in its years as chairmanship of ASEAN. Policy recommendation is expected as follow-up of this workshop. KAS and DAV hope this conference provided a good platform for exchanging ideas among scholars in ASEAN and ASEAN’s partners on the reshaping of a new regional rules-based order and ASEAN’s role in the process. 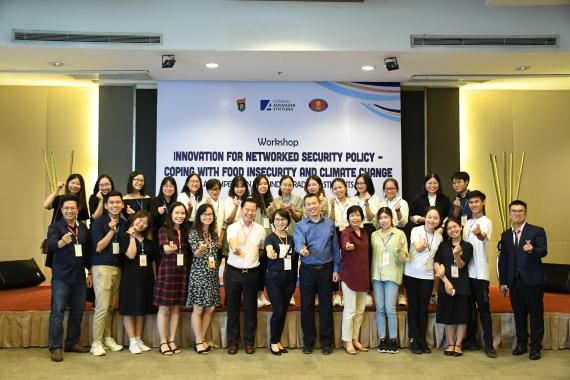 Photo KAS Vietnam : Candidates and judges of the Student Contest

Innovation for Networked Security Policy - A Competition for Undergraduate Students

The competition “Innovation for Networked Security Policy -Coping with Food Insecurity and Climate Change", co-organised by KAS and University of Social Sciences and Humanities attrated 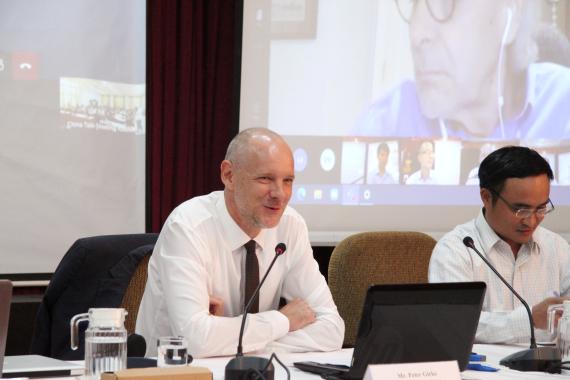 Currently, both Vietnam and German are non-permanent members of the United Nations Security Councils. That is why the Diplomatic Academy and KAS chose the setting of the UNSC as this year’s topic for the simulation game The simulation was designed to help students to understand how UNSC works and how members interact with each other. 32 key players represented 15 countries (2 players per team) who are permanent and non-permanent members of UNSC plus two rapporteurs. Over several days, including preparation with training, in the simulation game they discussed and drafted a resolution for the operation of the UN mission MINUSMA in Mali. This activity was designed to introduce a simulation as educational tools for students to enhance their analytical and practical skills. It was aimed to put students in a choreographed scenario with concrete roles to play and specific purposes to complete. The students were expected to study and analyze the scenario by given materials and additional readings. Later on, they were pushed to play assigned roles and behave accordingly. The game provided a safe space, in which the participants could experience the dynamics of conflictual situations and experiment with different types of behavior. As the participants were stepping into roles which might be very different from their own, they also could develop their empathy and understanding of other positions and perspectives Overall, the project was seen as a pilot step to introduce simulation as a means to develop students' skills, expertise and relational abilities into the DAV curriculum. Another outcome of the activity was to provide a tool for students to test whether concepts, models and theories learned by textbooks and during classes would have concrete utility and help explain the realities. The simulation was designed to help students to understand how the UNSC works and how members interact with each other. This is the second time KAS Vietnam supported DAV to organize a simulation game with the participation of students. In 2019, the ASEAN Simulation Game, also with support and material from CRISP Berlin, received great appreciation of both students and DAV lecturers. This co-initiated and co-organised activity by the Diplomatic Academy of Vietnam, KAS Vietnam and CRISP represented a joint effort to innovate teaching methods in Vietnam. 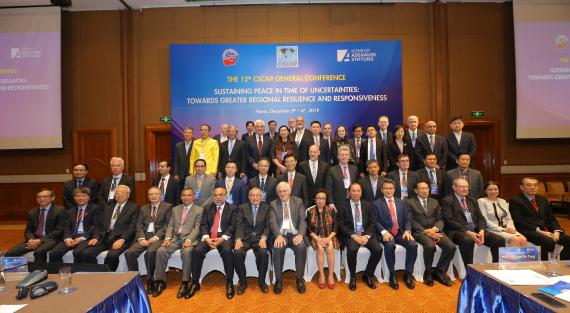 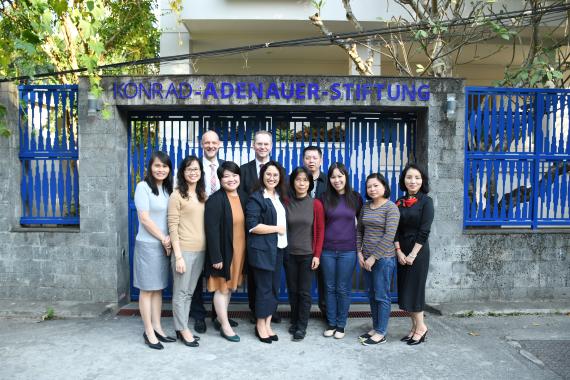 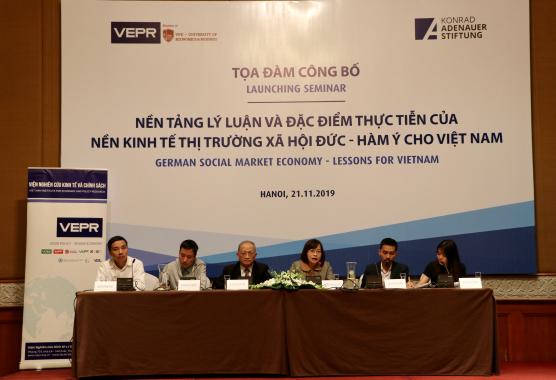 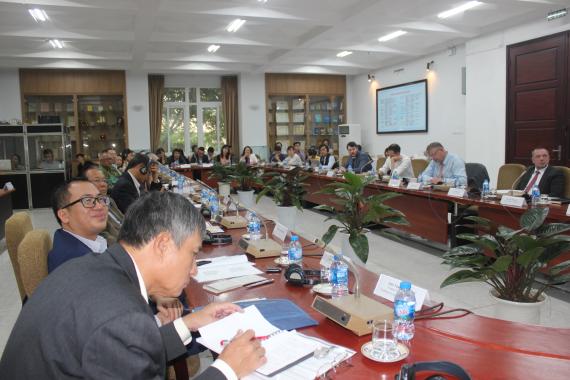 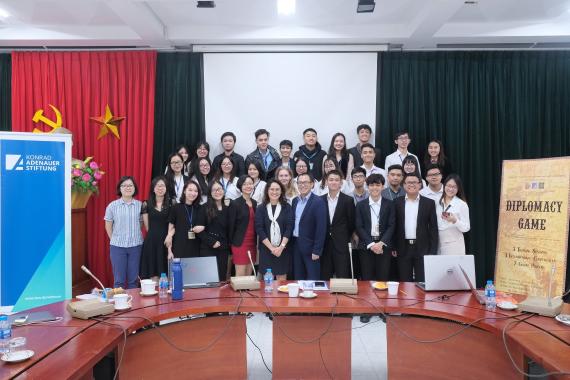