SMEs of Beirut Rising from the Rubble - Webinar 4

Webinar 4: Wise Business Decisions for Startups in Lebanon Amid the Economic and Pandemic Crisis

Free Online Interactive Session by I Have Learned Academy in Collaboration with the Konrad-Adenauer-Stiftung.

Strengthening and promoting the electoral awareness among Lebanese youth

Together, to increase youth participation in the elections

Oil & Gas in Lebanon: Everything you need to know

The Leaders among Us...

Rebuild Beirut: How to fight against corruption on repair works?

!Application form to be filled!

The Robert Schuman Institute (RSI) carries out a digital training in collaboration with the Konrad-Adenauer-Stiftung Beirut Office.

Dealing with the Financial Inflation

The Lebanon Program of the Konrad Adenauer Foundation organized a Workshop on intra-party democracy and accountability for young political activists and party members.

On Saturday the 26th of November 2016, the last of the three workshops of the Youth Policy Forum was successfully conducted with Masar Association and the Konrad Adenauer Foundation. Young people from various parties and organizations actively presented and discussed within two working group sessions their propositions on how to prevent drug use amongst the youth in Lebanon, and how to amend national drug policies. The aim of the workshop is to encourage young people to effectively participate in the political life on a national level through self-chosen issues.

Following the first workshop with “Protecting the Lebanese Youth in the Labor Market” in September 2016, the second was also very successful and encouraging workshop on “Integrating Reproductive Health Education in School Curricula” as part of the Youth Policy Forum took place last Saturday on the 05th of November in partnership with Masar.

Enhancing conflict resolution in Tripoli through food and arts

On Sunday, November 6th 2016, the Konrad Adenauer Foundation and the Arab Resource Center for Popular Arts (ARCPA/AL-JANA) organized a one-day festival in Tripoli (North Lebanon) during which 80 women from Al-Kobbeh and Jabal Mohsen cooked together and shared the food with the entire community. Throughout the event, local artists exhibited their work and local musicians played music, thus creating a harmonious and peaceful atmosphere. 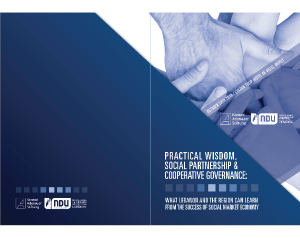 The chair “Pope Benedict XVI” of the Faculty of Humanities of the Notre Dame University-Louaize and the Konrad Adenauer Foundation organized a one-day seminar entitled: “Practical wisdom, social partnership and cooperative governance: What Lebanon and the Middle East can learn from the success of social market economy”. Several academics, businesspeople, students and representatives of civil society participated in the seminar and celebrated the results with a publication.

In partnership with the Lebanese Organization of Studies and Training (LOST), KAS provided in-depth training for women interested in participating in Baalbeck's municipality.

Lebanese Youth and the Labor Market

The KAS Lebanon Programme organized with MASAR a workshop on Lebanese youth and the labor market in cooperation with the Youth Forum for Youth Policy (YFYP).

The Visit of the CDU Delegation to Lebanon

Members from the CDU Party in Germany, Mario Voigt, Roland Theis, Manfred Pentz, Barbara Richstein and Ferdinand Schmitz and from the Junge Union (the youth wing of the CDU), Paul Ziemiak, Conrad Clemens and Nathanael Liminski visited Lebanon from the 3rd till the 7th of February, during which they met with HE Amine Gemayel and the current head of the Kataeb Party HE Sami Gemayel.

The State in the Service of Citizens

The Konrad Adenauer Foundation in Lebanon, in partnership with the Lebanese Forces Party and the Cedars Institute, has organized a workshop and conference on the Electronic Government in Lebanon on the 4th of February, 2016.