Not only is the spill dictating the agenda for the Obama Administration, but the response to the spill is becoming ever more scrutinized.

On June 15 President Obama made his first speech from the Oval Office, addressing the BP oil spill crisis, saying, "This oil spill is the worst environmental disaster America has ever faced... Make no mistake: we will fight this spill with everything we've got for as long as it takes. We will make BP pay for the damage their company has caused. And we will do whatever's necessary to help the Gulf Coast and its people recover from

Prior to the speech, President Barack Obama ordered the federal government to hold issuing new offshore drilling leases until a thorough review determines whether more safety systems are needed and authorized teams to investigate 29 oil rigs After the Valdez spill, new legislation was passed, but the impact appears to have been minor. Even today, oil tankers in Prince William Sound are not required to be double-hulled. Energy policy continued essentially unchanged from before. It is of course possible that outrage over the current spill won't

translate into new costs for energy companies, but it creates another layer of uncertainty in an already-uncertain environment.

One lesson that is transferable, however, is that the consequences could drag on for decades. It took five years after the Valdez spill until the initial $5 billion-plus verdict was handed down against Exxon. The case has been working its way through the appeals process ever since and was even the subject of a 2008 Supreme Court decision. The complexity of litigation surrounding the BP spill could mean a process that drags on for years, and further pushes out the date when investors will know how much the entire crisis is going to cost them.

Both spills have also taken a reputational toll. Even today, many still associate Exxon with the Valdez spill, and chances are the Gulf spill will be forever linked to BP. Reputation is a flexible variable and one that is hard to factor into the investment case, but if a bad reputation leads to extra oversight and nervous business partners, it can have a real long-term negative effect. 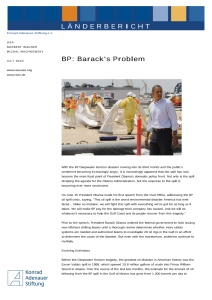