National digital policies should reflect the postulated political objective of building a European Data Economy as part of the Digital Single Market. Given the indispensable character of data as infrastructure, political determination is required to set high-value data sets free to society.


The UK can claim credit as true innovators on the public sector information front in the late 1990s. Their work was essential for the open data policy that was created by the original EU directive in 2003. The UK did outstanding initial work in setting up a list of categories of high-value data sets in the G-8 Open Data Charter. Another driver is the French policy, which includes a law on the Digital Republic. France established a category of data assets that are mostly held by the public sector, which have a core value in anything that someone wants to create. After Brexit, Europe needs a political consensus among the member states when it comes to setting an innovative data policy

With the envisaged Open Data Legislation, Germany has an opportunity to follow the concept of the British Open Data Institute to showcase that data can exist on a spectrum: from open via shared to closed . The society and every citizen require a legal framework ensuring that data is classified at the right point on this spectrum. This will simplify the determination of who has access to which kind of data in order to create value from it. However, it is not just about addressing the data issue from the data protection perspective or questioning whether data access is open or closed. Between these two extremes needs to be the option of shared data. This is data which is supposed to be available to different groups under a variety of access models. For example, completely limiting access to medical data would foreclose scientific research necessary to create new medical treatments.

The European Data Policy needs to respect the principle of subsidiarity. The internal market com- petence, meaning the fact that there is economic activity that builds on data, however, gives the EU the right to get involved in addressing conditions regarding re-use of data that is under a government’s control. Currently, there is a general aspiration in society for more transparency. This has led the most recent amendments by the European Parliament concerning the Public Sector Information directive to be driven by a wish for more transparency, rather than focusing on strengthening the common market by harmonising regulations on the use of data. Freedom of information is a national competence that restricts further harmonisation in this field. Without it, however, it is questionable how to achieve the political objective at the EU level of a truly European Data Economy in the field of Public Sector Information. Consequently, if there are obvious legal hurdles in the treaties, future amendments should be used to address and remedy this issue.

If there is political consensus in a society that at least some data assets are essential assets and those data sets are operated by the government, then this is a clear case for a need for public datainfrastructure. Given the important socio-economic benefit associated with this data, their provision should be treated as public infrastructure. A classic example in this context is geospatial information (mapping information). All geo-localized services that citizens use on their mobile phones as apps only work with accurate mapping information. The question here is who is holding access to that infrastructure and to what extent it is has been usable and reusable. For example, France is switching the underlying funding model of the Institut national de l’information géographique from a re-use charge model to a tax-funded model, like other national organisations have done (see Pricing of Public Sector Information POPSIS study). This does not suggest the introduction of a new tax. The expectation is (Pollock, 2009) that additional revenue will be generated through existing taxes such as wage tax, VAT, or corporation tax to compensate for the loss of revenue. In this way, the investment required to set up and operate infrastructure has been secured.


“Publishing with Purpose” does not conflict with “Open by Default

Given that data supplied in isolation is less effective than data targeted at solving specific problems, the approach of “publishing data with purpose” as debated by the International Open Data Charter deserves support. It is in line with the future definition of high-value data sets that have extraordinary social value. If “open by default” is the world we want to achieve, publishing with purpose is a map for how to get there. 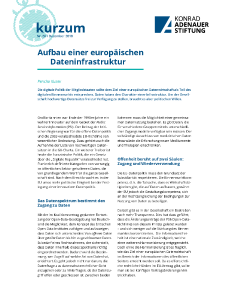