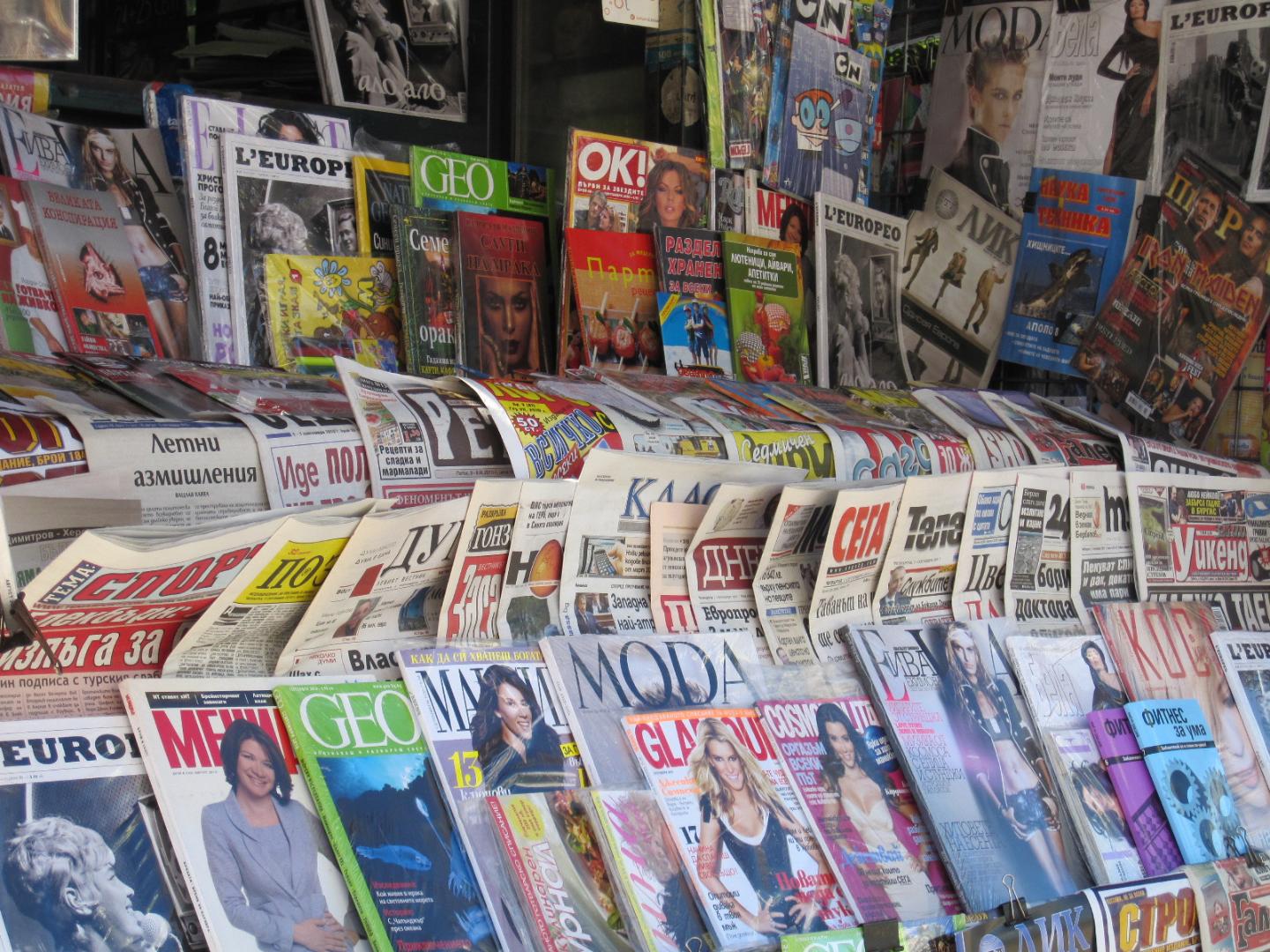 The Bulgarian media landscape is determined by a huge number of media outlets and at the same time an economically limited media market. The amount of media companies does not necessary lead to a more pluralistic and diverse media scene. There is a trend of ownership concentration in the print media. Ownership structures of media outlets are often not transparent. There is no efficient print media legislation, which could regulate economical transparency in the media business.

The fall of the communist regime in 1989 radically changed the media situation in the country. This transformation was determined by liberalisation of the market, free competition, the establishment of democratic institutions and political pluralism. After the changes, the print media in Bulgaria was characterised by rapid dynamics in its numbers and development. The economic crisis of 2008 affected negatively the Bulgarian print media sector. Like in most European countries, print media are struggling to financially support themselves.

Radio broadcasting started in Bulgaria in 1935 as a state activity. The state radio was a monopolist until 1989. Until 1991 there was only one Sofia-based broadcasting station. It was operating four channels, and five regional stations. After the fall of communism, the liberalisation of the radio started slower than that of the print media market. Nowadays the radio landscape is dominated by an extremely high number of private radio outlets.

The current radio and TV-landscape is determined by an established set of legal regulations.

The Internet was officially introduced in Bulgaria in 1997. Its penetration developed very quickly, but still below the European average.

Online media became very powerful - blogs and social media already managed to influence important political events in the country like the anti-government protests from the summer of 2013.