Montenegro has passed a serious change, from a totalitarian society with only one television and one newspaper owned by state government, to a pluralistic and cluttered media landscape. The situation in Montenegro was similar like in other countries of former Yugoslavia. The media market started its development after the country had left the single party system in the 1990s. The biggest issue in Montenegro is financing of media, which is a problem on several levels. Media that are financed from the state budget are subject of government influence. In theory, all commercial media in Montenegro should be independent, but since Montenegro is a small market, commercial media often carry out PR projects for the government, thus becoming susceptible to government influence. Yet, these are problems faced by all the former Yugoslav republics, and Montenegro is not different in this aspect. The Public Procurement Law reduced government influence to some extent. However, the economic market in Montenegro is getting more liberal due to European legislation (which is adopted by Montenegro on the road to EU membership). More

Montenegro is one of the most hostile environments for investigative reporting and the number of serious crimes against journalists has been criticised by international observers, including media watchdog organisation Reporters Without Borders (RWB), the European Union (EU) and the OSCE Representative for Freedom of the Media, Dunja Mijatović. Not only their occurrence, but also the indifference authorities have shown in regard to their investigation has posed a serious obstacle for media freedom. At the same time the country is eager to join the EU as soon as possible. More

According to the Agency for Electronic Media in 2020, there are 14 commercial television stations and 35 commercial radio stations, along with the national public service broadcaster and 19 local public services (five television and 14 radio stations). Also, there are 7 daily newspapers on national level. The Montenegrin media market is sometimes called a “media colony” since there are many foreign media outlets operating in the small country. More 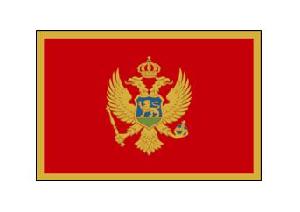