After re-gaining its independence in 1992, the media market of the Republic of Moldova is still facing a series of problems that hinder the development of a free and independent press. A number of changes in media legislation, made in 2010 by the Moldovan Parliament, lead to the NGO Freedom House upgrading the status of the media from "not free" to "partly free" in its annual media freedom ranking. However, since then, there were no more significant developments in this area that would have allowed Moldova to join countries with the status of a free press. More

While media freedom is well safeguarded in Moldova, the case of the separatist region Transnistria is quite different. Soviet-style repression of independent media and a politicised state media apparatus are a reality in the breakaway region. The country remains highly polarised politically and socially, which is why journalists face a somewhat insecure working environment. More

Despite the status of the poorest nation in Europe, Moldova is media-rich. The media market is relatively young and saturated. Over 50 percent of the outlets were registered after 2000. Although the official and most widely used language in Moldova is Romanian, an important segment of the market is occupied by media issued in Russian language. About half of print media is issued in Romanian and the other half in Russian, while almost all main TV channels broadcast news in both Romanian and Russian. More 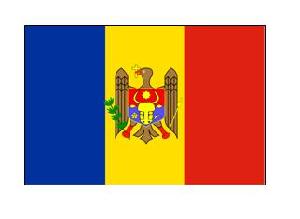