The media landscape in North Macedonia is diverse and characterized by a decreasing quality of journalistic work, lack of objectivity and professionalism. This is mainly a result of increasing influence of political and business elites. At the same time electronic media have faced an inefficient implementation of new regulations adopted in accordance to the EU standards as well as objectives that the country has to fulfill on its path to the European integration. This provokes discussions and divisions of opinions among media representatives ("pro" and "anti" changes in the print media regulations). More

Violations of media freedom have become commonplace in North Macedonia. Infamously it is currently the only South East European country that has imprisoned a journalist for exercising his profession. Although North Macedonia wants to join the European Union (EU), its lack of commitment to media freedom may pose some serious challenges for this process. More

The North Macedonian media landscape is determined by a huge number of media outlets. The fall of the communist regime and the transformation of society brought dramatic changes in the media system. A big media diversity does not necessary lead to a large pluralism of opinions. There is no efficient print media legislation which could regulate economic transparency in the media business, and existing rules are not obeyed. Private media outlets often change owners. This often leads to a change of their political affiliation. These changes provoke prominent journalists to leave one medium for another. During that process some of the popular media disappeared completely. More 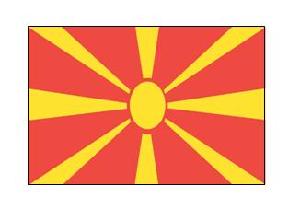