After the German Bundestag had established conditions for entering accession negotiations with Albania already in September 2019, the Council of the European Union (EU) followed suit in March 2020. The Ministers for Europe of the 27 EU states adopted and supplemented demands from the Bundestag so that the West Balkan state must now fulfil 15 conditions before the individual negotiations chapters or clusters can be opened. Six of which still need to be fulfilled prior to beginning the 1st intergovernmental conference. Even though great hopes were placed on these six conditions being fulfilled before the end of 2020 and, thus, on the conference taking place as part of the German EU Council Presidency, the chances of this are currently dwindling. A more detailed analysis on the status of fulfilling the six preconditions shows that Albania has made some good progress over the last half year, though some central points have not yet been fully met.
November 23, 2020 Ordering Information

The following analysis observes the status of fulfilling the six preconditions of the German Bundestag and the Council of the European Union for opening EU accession talks with the Republic of Albania. The corresponding passages from the respective decisions come first.

Read more in the PDF . 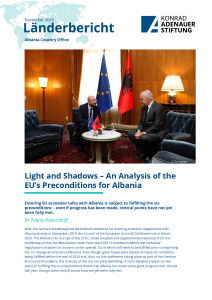 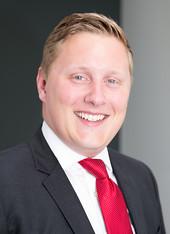