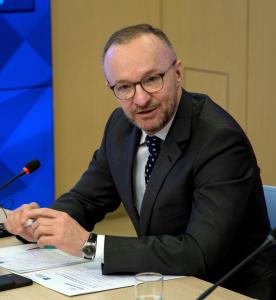 Since 2004: Hon. Prof. at the Presidential Academy Tashkent and Al-Chorezmi State University (both Uzbekistan);

Since 2009: Ambassador for Eastern Europe, Russia and Central Asia for the Swiss-German Institut for Theoretical and Artistic Re-enactment, Zurich/Berlin;

2011: Awarded the medal of the Saxon constitution;

1990–95: Head of the Immigration Department and the Department for the Supervision of Local Authorities in the Leipzig District Administration;

1995–2001: Guest lecturer at Ovidius University and at the College 'Mircea cel Batran' (Constanta/Romania);

Information on the book 'Twenty-One. A century's opportunities – a century's dangers' (edited by Thomas Kunze and Wolfgang Maier on behalf of the Konrad-Adenauer-Stiftung and published by Finckenstein & Salmuth, Berlin, 2010) is available at www.jahrhundertgefahren.de.