In the current political moment, the issue of governability is one of the most important. To contribute to this debate, KAS Brasil invited 20 political scientists, ten men and ten women, who in ten chapters investigate various aspects of this theme.
October 15, 2019 Ordering Information

The issue of governability, or as many authors prefer, of "non-governability", has drawn the attention of political science in a challenging and significant way in different parts of the world. In Brazil, in particular, the formal institutional design brought by the 1988 Constitution triggered a series of studies and analyses that focused on predicting ungovernability, which time tried to show would not materialize, especially due to the "unexpected" organized action of political parties within the national parliament - with special emphasis on the House of Representatives.
There are different arguments and attempts to perceive this phenomenon capable of allowing, roughly speaking, the Executive Power to find, together with the Legislative Power, space for the approval of its agenda. But is it only that? Is only the relationship between the Executive and the Legislative capable of explaining what is conventionally called governability?

The publication is only available in Portuguese and can be obtained by our office. 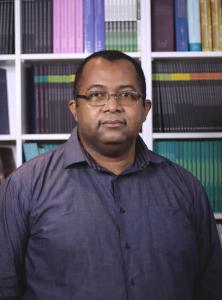 Representation and Participation Democracy and Law