Following up with Actions instead of Words - www.kas.de 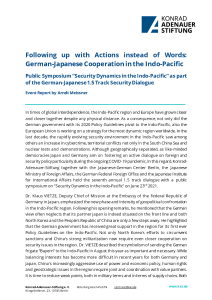