Arab Shia Communities in Transition: A Peacemaking Opportunity for the International Community?

On November 22-23, 2021, the Arab Gulf States Institute in Washington and the Konrad-Adenauer- Stiftung Syria/Iraq office held a workshop with the theme “Arab Shia Communities in Transition: A Peacemaking Opportunity for the International Community?” Convened virtually, the workshop brought together a diverse group of two dozen practitioners, researchers, and academics from the Middle East. The discussions, held under the Chatham House Rule, focused on the development of a new, autonomous Shia identity in Iraq, Lebanon, Saudi Arabia, and Kuwait and explored the shifting dynamics within these communities, their relationships to their respective states, and their attempts to oppose government policies, some of which marginalize Shia communities.
28 janvier 2022 Informations de commande

Discussions during the workshop “Arab Shia Communities in Transition: A Peacemaking Opportunity for the International Community?” focused on the development of a new, autonomous Shia identity in Iraq, Lebanon, Saudi Arabia, and Kuwait. Participants defined this new Shia identity as independent from states, particularly in countries where Shias are a minority, while also independent from Shia-majority Iran and its theocratic rule. This evolving Shiism also competes with national identities in Iraq, Lebanon, Saudi Arabia, and Kuwait and is different from one Arab country to the next, depending upon the receptivity of the larger population and the government’s inclusiveness of the Shia community in the political sphere.

This new-found Shia “autonomy,” as one participant described it, is a departure from both Sunni state marginalization and religious and political manipulation from Tehran. It marks a major development in the Middle East. It also signals a remarkable turn in the historical trajectory of the Arab Shias, who for centuries have largely defined themselves – and in turn, been defined – not so much in their own terms but in opposition to a dominant Sunni majority.

Participants agreed that there is little value in the timeworn concept of a “Shia Crescent” of homogenous co-religionists stretching across a map of the Middle East. Likewise, casting the Shia population in Arab states as a permanent, historical underclass to the broader Sunni majority obscures the diversity of Shia social and political life – and even religious practice – today. It is time for a new approach, one that takes into account the presence and vitality of individual Shia communities, rather than dismissing differences in the name of an imagined Shia monolith that is largely submissive to Iranian political power.

One of the many reasons for the growing autonomous Shia identity is the ongoing geopolitical rivalry for influence between Sunni-dominated Saudi Arabia and Shia-dominated Iran over the last decade, which has led to the polarization of sectarian identities among Shias and Sunnis. In many Arab countries with large Shia communities, Iran has tried to co-opt the Shia population primarily because many Arab Shias adhere to the Twelver Shia religious school of thought, which Iran considers its domain as the self-appointed guardian of Shias across the world. However, this co-optation has backfired, and a growing number of Shias are asserting their autonomy.

With Iranian sponsorship of Arab Shiism, there was a realization that it was not so much a spiritual mission, but rather for many Arab Shia communities, it translated into geopolitical benefits for Iran. – An Iraqi scholar

In practical terms, Shia communities are in transition and engaged in transnational networks. This is illustrated by growing Shia opposition to Iran’s claim on religious and political leadership, a gravitation toward the Najafi school in Iraq (instead of the religious center of Qom, Iran), and a search for a new political leadership that speaks to Shia grievances. Iraq is a prime example. Since October 2019, protesters on the streets of Iraqi cities, including Baghdad, Najaf, Basra, and Karbala, have been mostly Shias, and their grievances are with the Shia parties – some of which are backed by Iran – that are part of the political establishment. These protests have sparked what is perhaps the only formidable Shia opposition movement in the Arab world that is challenging a Shia-led government inside the country. Although their well- known grievances, including government corruption, unemployment, a corrupt and renegade security apparatus, and a lack of basic services, are shared among most Iraqis, the protests nonetheless illustrate the growing generational divide between the protesters and the Shia political establishment. The young protesters on the streets clearly have a new vision for Iraq, which the older Shia political elites consider an existential threat to their own power and influence.

On a regional level, Shia communities are no longer isolated from other Shias living across national borders. Instead, Shias are establishing and benefiting from Shia networks outside their communities. At times, they have voiced cross-regional support for their Shia co- religionists battling Sunni-dominated states in political as well as religious terms.

Given this context, the workshop participants directed their discussions to address the following questions: 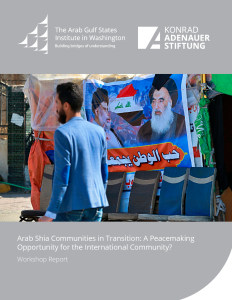 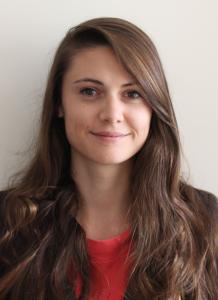