The Agony of Choice - European and International Cooperation

Representatives from political parties and civil society organizations as well as experts and KAS-scholarship holders from the Middle East and North Africa gathered in Berlin to discuss about party politics and social movements, political participation and civic activism in their countries and the region.
May 18, 2022 Ordering Information 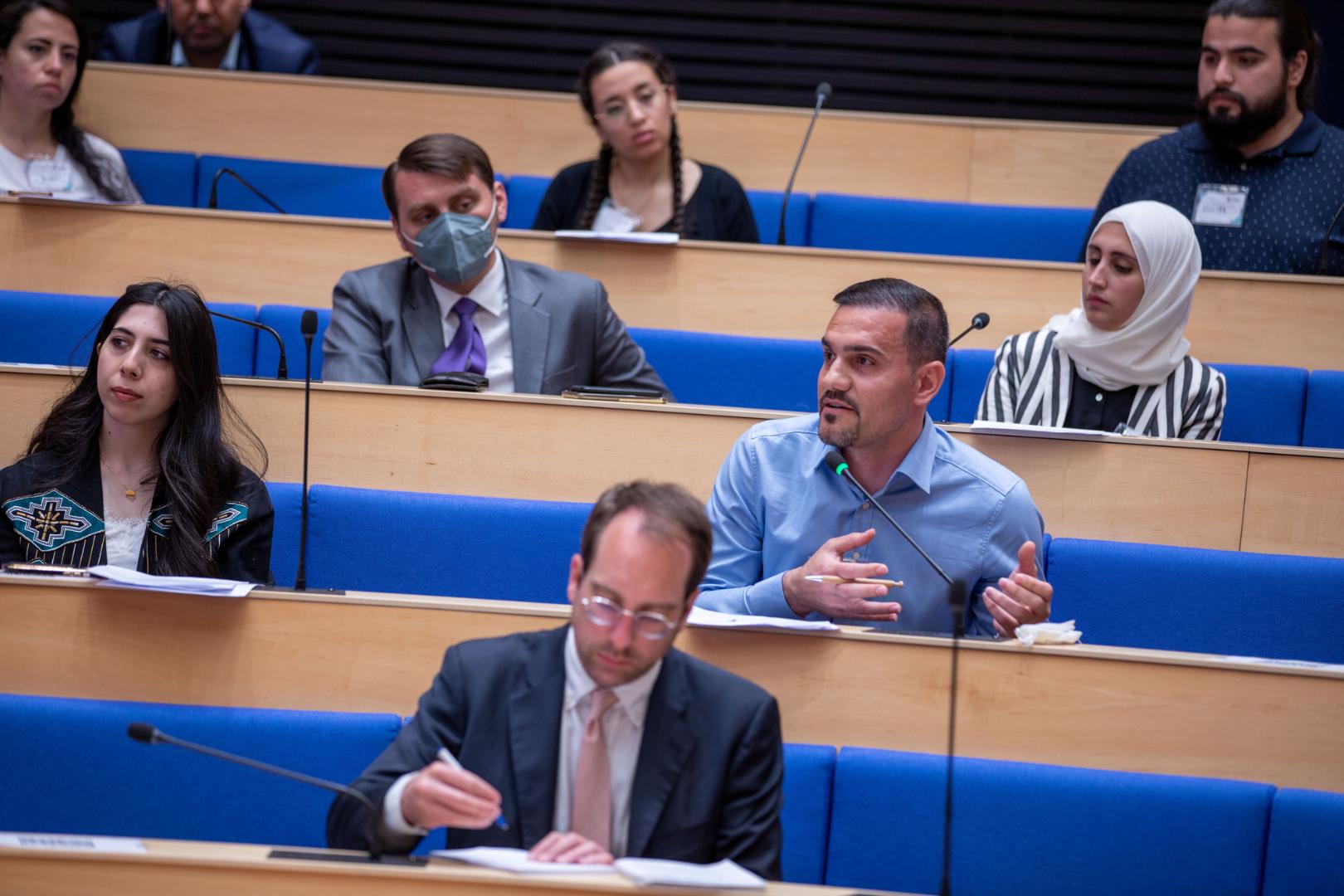 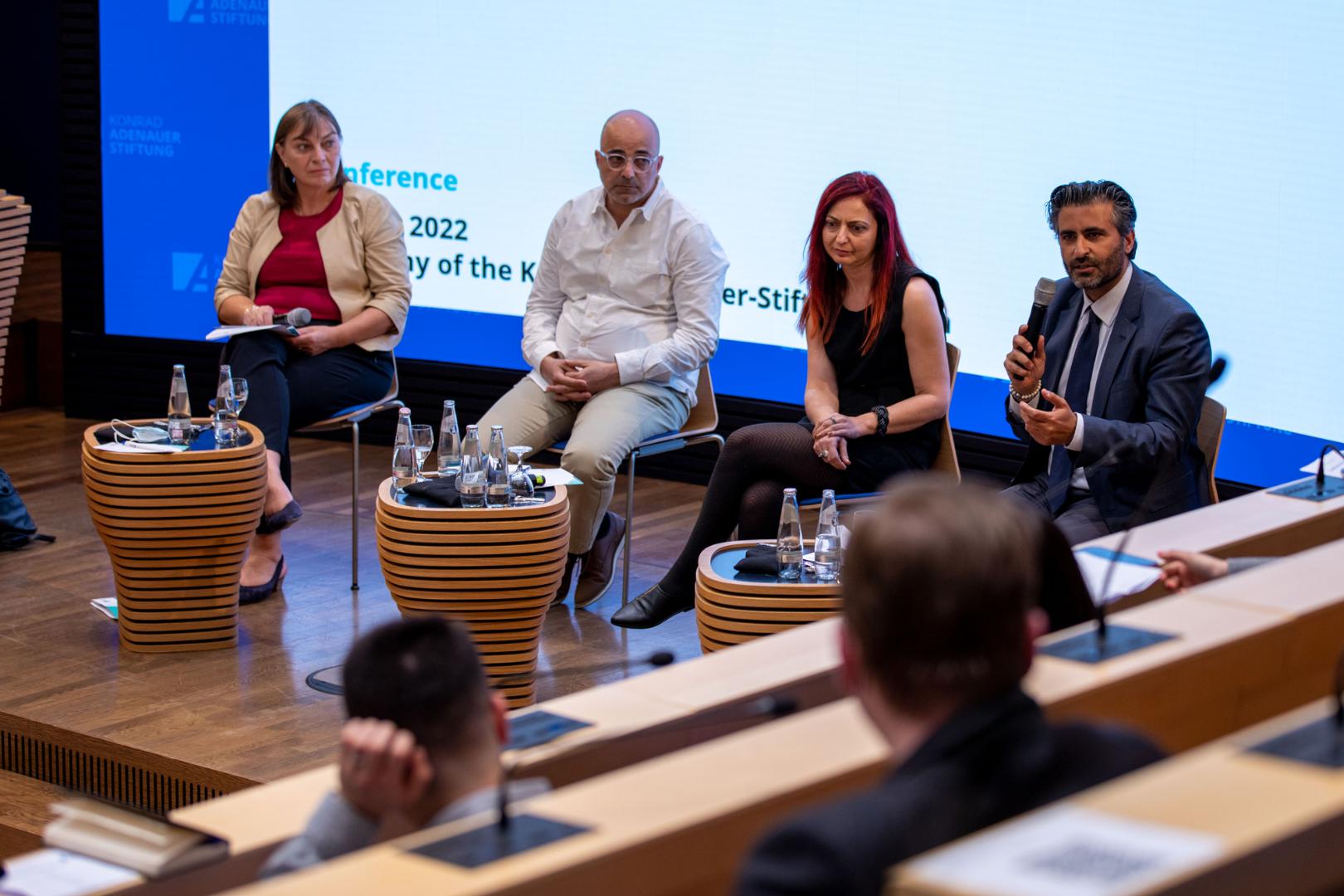 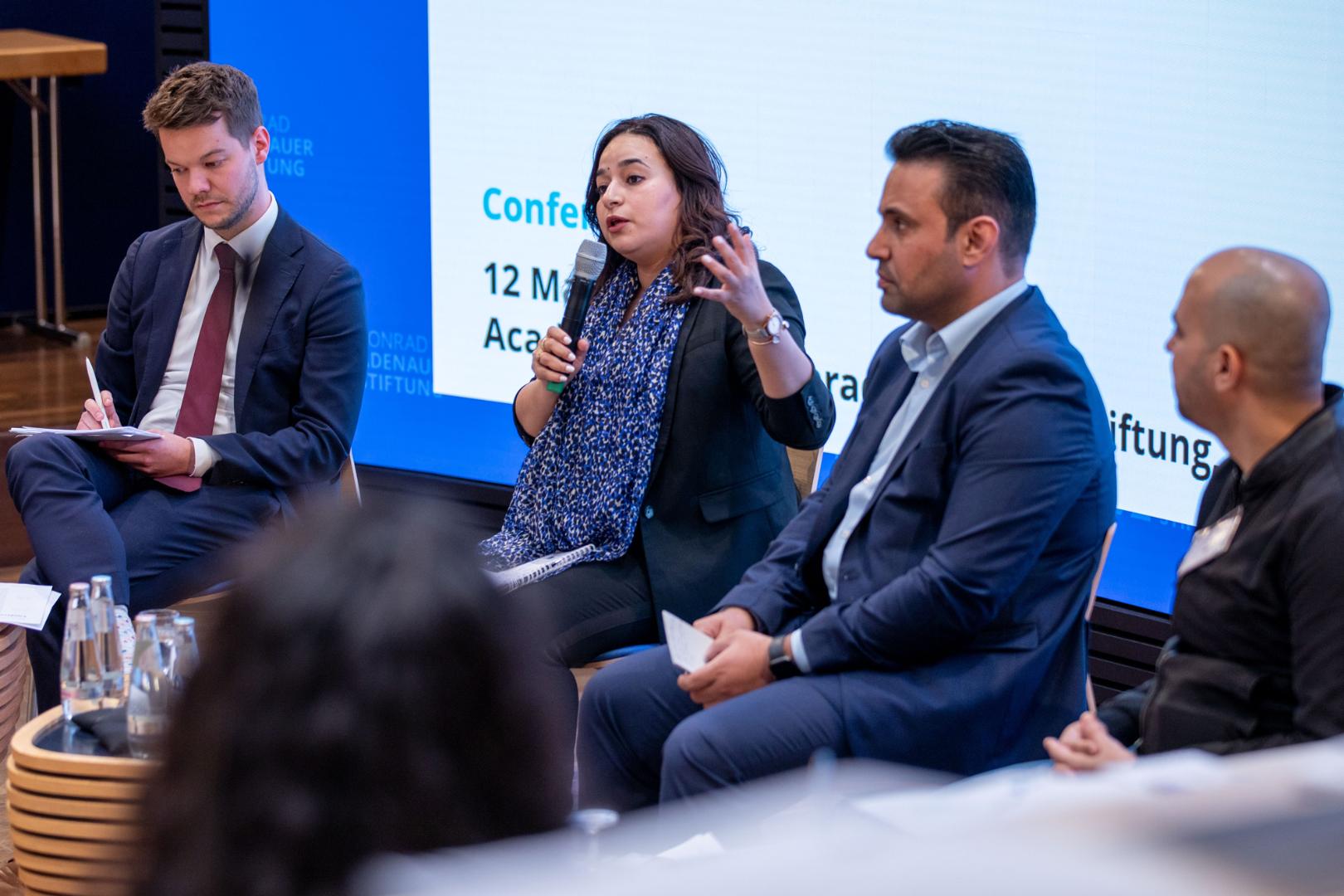 The current Middle East and North African region is full of both potentials and challenges. In the last decade, there has been a drastic change and a new understanding of identity that rebalances the traditional social contract and the balance of power in the countries. The main political questions asked by the publics is how their state should look like and function, and how the people are represented and able to participate politically. In that respect, elections have been and will be moments of chance or agony. By going to the polls, the people decide on their representatives in parliaments, on parties and their programs, and thus, on the shape of governments and governance. However, in many cases, elections are only partially free; moreover, often they are announced and, later again, postponed or de facto cancelled. This leaves questions on the quality of citizens’ political participation and on the legitimacy of systems of government and governance open for debate.

Research shows that citizens’ trust in governments, parliaments and parties – strong institutional pillars of representative political systems – are in many countries of the region on a concerning low level. People distrust any sorts of political actors due to widespread misuse of power and lacking rule of law, corruption, nepotism, social discrimination, and institutionalized violence. The political systems of the Middle East and North Africa suffer from a crisis of representation: Citizens largely feel misrepresented at the political level, and their participation in politics is low; parliaments, parties and other institutions are weak, while executive branches of government have a tight grip over political and social systems. In addition, deficits in intra-party and -organizational democracy, transparency and accountability are widespread. This crisis, in connection with weaknesses and sustainability deficits in the socio-economic development as well as ongoing intra-regional tensions, rivalries and conflicts, leads to a continuing lack of stability of political systems and of the existing social contracts, regular social unrest, missing future perspectives for the region’s youth, and migration.

These and other aspects of political participation in the region have been at the center of a conference organized by the Middle East and North Africa Department of the Konrad Adenauer Foundation on 12 and 13 May 2022. International guests, practitioners and experts, and a group of KAS-scholarship holders from the region gathered at the KAS Academy in Berlin Tiergarten. In his introduction, Dr. Peter Fischer-Bollin, head of the Foundation’s division Analysis and Consulting, explained the current state of political participation and party politics in Germany. Then, experts discussed on three panels (1) the current role and self-understanding of parties in the region, (2) the current situation of organized civil societies, and (3) how parties, civil society organizations and social movements can be thought together in order to render political participation more effective.

On the first panel, Hoshyar Siwaily, head of the International Office of the Kurdistan Democratic Party (KDP), elaborated about the current state of Iraqi (party) politics, following the latest, and freest, national elections the country has seen so far. Main challenges still lay in implementing the constitutional and further legislative provisions for strengthening e.g. consensual politics, intra-party democracy, as well as national unity against interferences from outside. Marwan Abdallah from the International Secretariat of the Lebanese Kataeb Party, shed light on current politics in crisis-torn Lebanon, shortly before the May 2022 national elections. Beyond others, he underlined the importance of party politics from below, on the local level, where parties must perform their effectiveness in resolving problems, addressing and including citizens in this endeavor, and holding governments accountable. Social movements have a particular importance, too, if party politics are in a deadlock of conflicts or turmoil. KAS scholarship holder Mohamed Azouz Rebai gave an update on the current situation in Tunisia, where new coalition and alliance building between and beyond parties takes place to reform the political system that has gotten under pressure by President Kais Saied’s agenda against the representative form of democracy.

The second panel informed about the situation of civil society in Middle Eastern and North African countries. Nadim Nashif, founding director of the Palestinian NGO 7amleh, informed about shrinking spaces, also in the virtual space, for citizens’ liberties, and for NGOs in many countries of the region, in which analogues forms of oppression and surveillance are accompanied by digital ones nowadays. Dr. Lina Khatib, director of the Middle East and North Africa Programme at Chatham House London, supported this assessment of shrinking paces, but emphasized, too, that civil society organizations do find their niches to exist and are able to render their work effective even in the most oppressing countries. University Professor Amer Al Sabaileh contextualized the role of organized citizens in the political system, and illustrated this with his insights into Jordanian politics and society.

The final, third panel gathered individuals who have been able shape the relationship between parties and civil society organizations for the better. Ibtissame Azzaoui, city councilor from the Moroccan capital of Rabat, presented her experience in running successfully for a party and mandate in elections. What mattered to her in this respect was to directly talk with people about their needs and desires and involve them, especially the youth, in finding practical solutions. KAS scholarship holder Ali Belghit, former leading activist for Amnesty International Algeria and founder of Connect NordAfrika e.V., explained how social movements have become important triggers for change in Algeria in recent years, in despite of limited effectivity. He also elaborated on the notion of a skillful youth that can speak up and goes into action. Dr. Mohammed al-Shummary, founder and CEO of the Sumer Foundation for International Affairs and member of the Hikma Movement in Iraq, illustrated his activism at the intersection of party politics and the civil society, underlining the importance of learning by doing while being politically engaged.

The second day of the conference saw the KAS-scholarship holders from the region interacting and continuing the debate with the regional department of the foundation. With Dr. Lina Khatib and Dr. Amro Ali, Co-President of the Arab-German Young Academy of Sciences and Humanities, the topics of the conference, including questions related to the modern Arab state and its relationship with the pluralist societies in the region, have been further discussed in detail. A core message from this second day was that it is not least with respect to the size of youth and the presence of future generations that political systems and actors in the countries of the region must adapt to these populations’ needs and desires. At the same time, it is and will increasingly be the youth to shape the direction of their countries.

Young Voices on Political Participation in the MENA Region

Will political parties and civil society organizations be able to offer answers to the challenges the MENA region is facing? Our KAS scholarship holders have answered.

Political Participation in the Middle East and North Africa

Experts like Dr. Amro Ali and Konrad-Adenauer-Stiftung scholarship holders from the region met to discuss perspectives on civic engagement and political participation.

Will there be parliaments with gender parity & free elections?

In Middle Eastern and North African countries, elections can be moments of chance or agony. Konrad-Adenauer-Stiftung convened an international conference in Berlin on 12-13 May, which shed light on the present and future of electoral democracy and political participation in the region’s countries.

Who will succeed Anastasiadis?