Much of what is happening at the time of writing – June 2020 – would have been unthinkable in the period covered by this report. In the midst of the coronavirus pandemic, it is easy to forget just how remarkable 2019 actually was.
July 7, 2020 Ordering Information

This brief description of 2019 clearly demonstrates that the setting in which our actions take place constantly changes. This has an impact on our work, but also on the foundation itself. In fact, the changing setting gave rise to a particularly broad range of events, formats, analyses and publications.

Therefore, it is important to mention a whole range of projects from 2019 in this report:

This annual report provides an overview of these and other diverse activities that the Konrad-Adenauer-Stiftung undertook in 2019.

The foundation also implemented a number of organisational changes during the year in order improve our effectiveness and to gain targeted publicity for the foundation’s work. The press office and the online editorial team were merged to form a media centre, which should optimise the foundation’s public relations work. The analysis units from the European and International Cooperation Department and the Policy and Consulting Department were combined to form the new Analysis and Consulting Department with a view to interlinking our national and international work.

During times such as these, it is essential that we remain focused on the “essence of our brand”. In 2019, this led us to draw up our first set of guiding principles under the motto: “Shaping.Democracy.Together”. This Mission Statement describes what the Konrad-Adenauer-Stiftung stands for, what we aim to achieve, and how we work, and is the remarkable result of a discussion conducted with all members of staff; it was adopted by the Board and the General Assembly in summer 2019.

In closing, we would like to take this opportunity to thank all of our staff for their commitment, the members of our committees for their constructive cooperation, and the friends of the Konrad-Adenauer-Stiftung, our donors and sponsors as well as our partners for their support. We will continue to do everything in our power to live up to the trust that they place in us.

In this sense, let us continue “Shaping.Democracy.Together.” We look forward to your continued support. 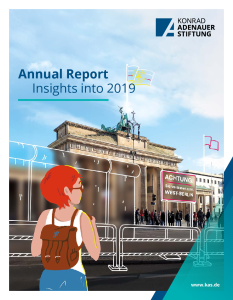 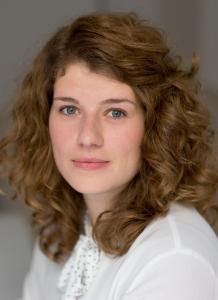