No competitors, but partners to be - www.kas.de

The association of the growing economies of Brasil, Russia, India, China and South Africa represents 40 percent of the world’s population and, as of now, 25 percent of the world’s gross domestic product. Nevertheless, the chairman of the European Parliament’s Foreign Affairs Committee, Elmar Brok, doesn’t see the so-called BRICS states as competitors for Europe. “I am relatively relaxed by the potential threat of the BRICS for Europe”, Brok said at an event organized by the Konrad-Adenauer-Stiftung in Berlin.
September 26, 2013 Ordering Information 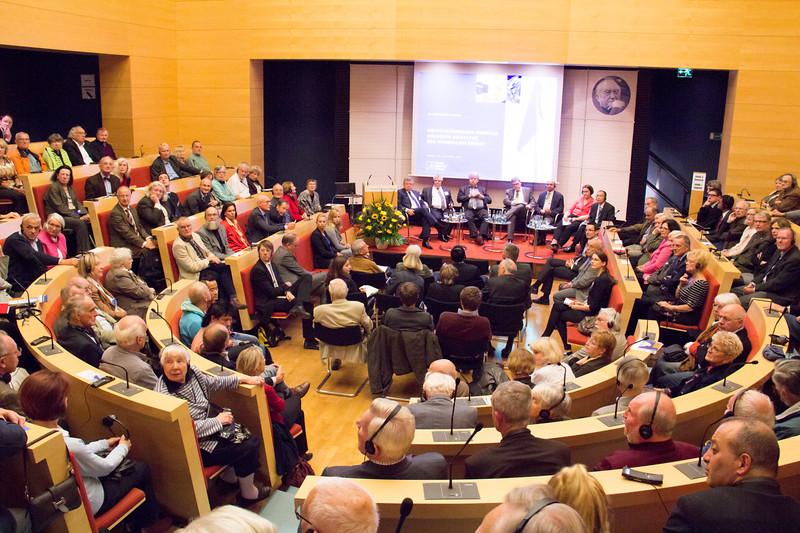 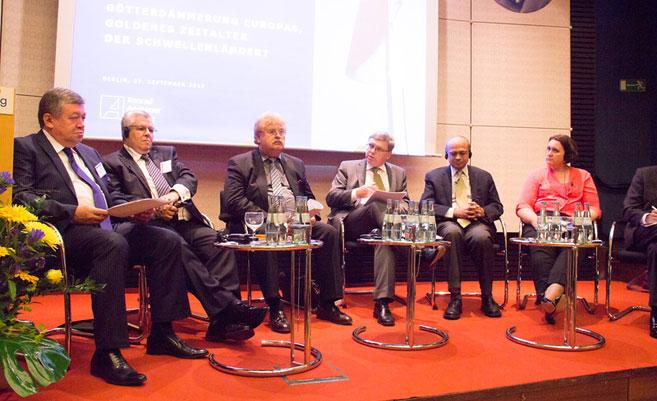 KAS
Led by Frank Priess, Deputy head of the department of International and European Cooperation, represnetatives from all five member states discussed together with the Chairman of the Foreign Affairs Committee in the European Parliament, Elmar Brok (3rd from left). 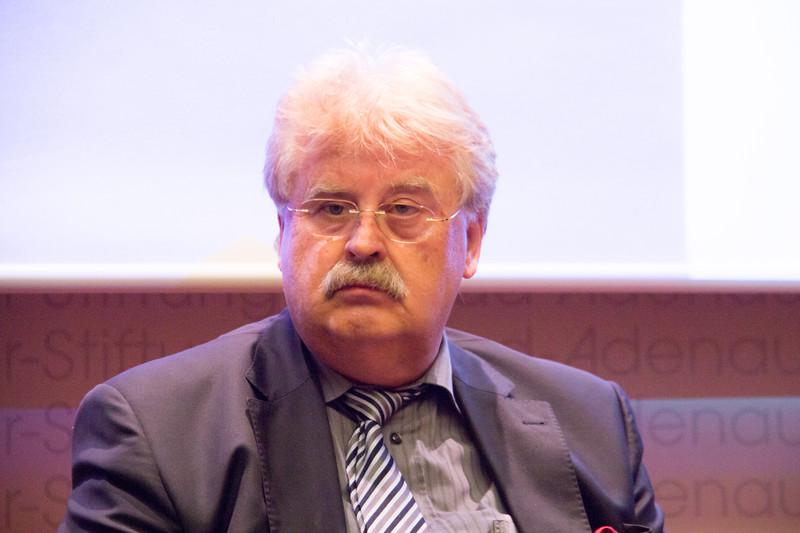 KAS
Brok reminded, the BRICS-states should finally live up to their responsibility towards the worldcommunity. 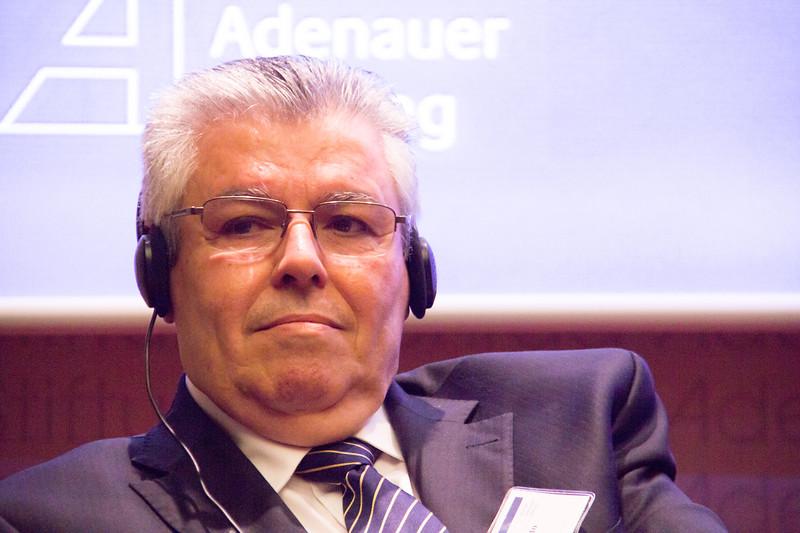 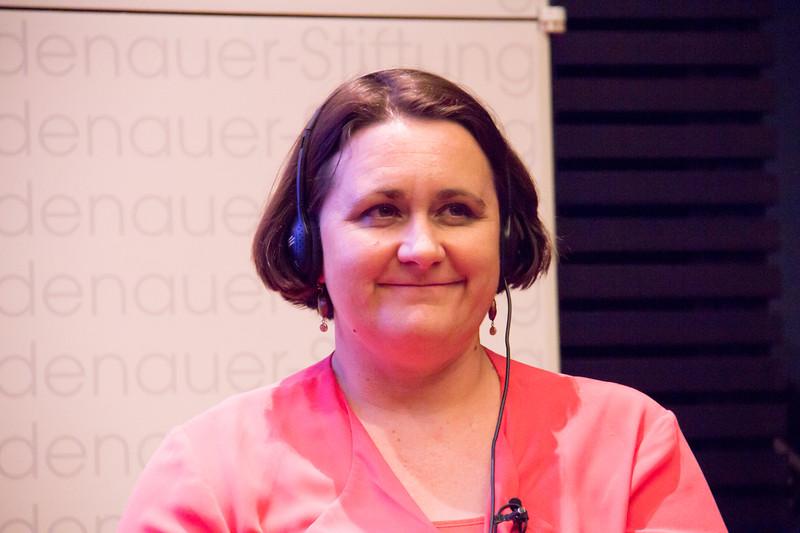 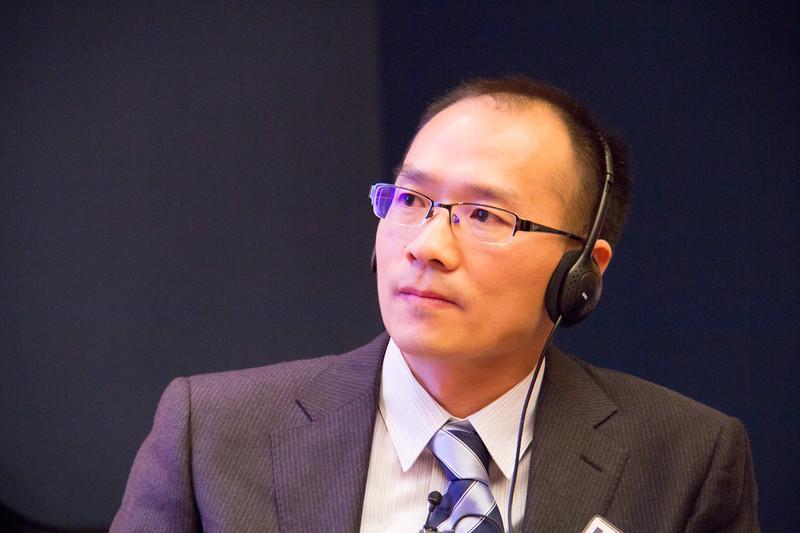 KAS
Wang Zhen: „The EU is an important strategic partner“. 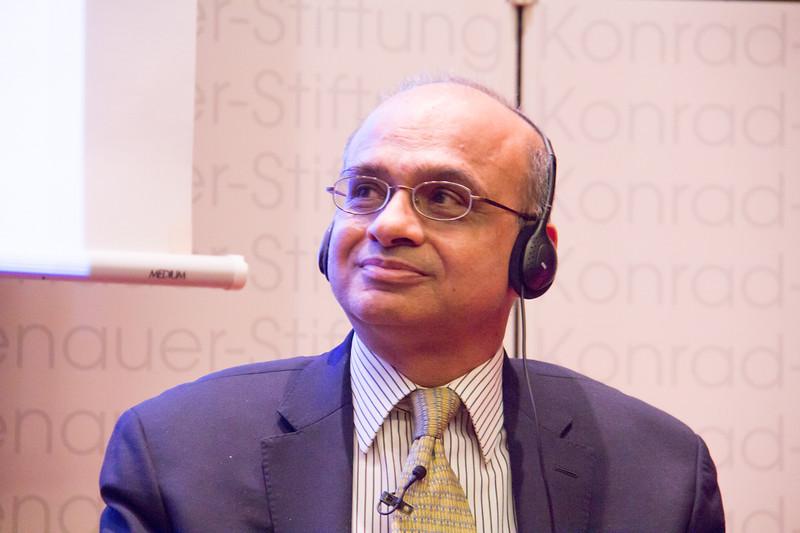 KAS
Professor Brahma Chellaney: 'The BRICS countries need to reform. They should be transformed in a dynamic institution.. "

Whether a country becomes a global player or not, does not depend on the amount of nuclear weapons it possesses, but on its economic power, Brok explained.

Europe as the world’s biggest exporter should not be afraid of a downfall, not now and not in the near future, as it will do its homework. The ongoing reforms will help Europe to perform “even better than most regions” in a few years. Therefore, there is no need for a demonization of the BRICS states. Brok rather suggested that the relationship between the BRICS and the EU should be extended and institutionalized. Furthermore, the member states should act accordingly to their responsibility for the world community. Brok described it as a negotiation trick that these countries at times act like emerging countries and at other times like industrialized countries, depending on which position suits them best.

Representatives of the BRICS states admitted, that at present, the common denominator between them is relatively small. “Right now, the BRICS states are more a metaphor than reality”, said professor Ruslan Grinberg, the director of the Institute of Economy at the Russian Academy of Sciences in Moscow. Professor Robert Fendt, Managing Director of the Brazilian Center for International Relations in Rio de Janeiro, sees the heterogeneity between the BRICS states as a reason for that. Not only do their political systems differ, but their competitive advantages or infrastructure vary too. In addition to that comes the big geographical distances between them.

Nevertheless, the main idea of speaking with one voice on the international stage is more current and more important than ever. In a multipolar world it is significant to have your positions heard. Catherine Grant, leader of the program “Economic Diplomacy” at the South African Institute of International Affairs in Johannesburg, gave the planned reform of the world political order by a new draft in the World Bank as an example.

Nevertheless, the main idea of speaking with one voice on the international stage is more current and more important than ever. In a multipolar world it is significant to have your positions heard. Catherine Grant, leader of the program “Economic Diplomacy” at the South African Institute of International Affairs in Johannesburg, gave the planned reform of the world political order by a new draft in the World Bank as an example. The BRICS obviously want to reduce the influenceof the US and the west in order to have more margin for their own investments in the future. It seems all the more incomprehensible, that no candidate for the chair of the World Bank President could be reached in 2012.

The Chinese representative, Wang Zhen Ph.D., of the Shanghai Academy of Social Sciences, was quick to emphasize that Europe must “have no fear of a powerful opponent”. There is no agenda to instrumentalize the BRICS states, but rather to see this institution as a partner. This applies to the economic relations but especially to the construction of a global security architecture.

As an important task for the BRICS state’s future, professor Brahma Chellaney from India called for an improved cohesion. Setting up an adequate organizational structure will lead to a rise of the feeling of solidarity. “We need reforms to transform the BRICS states into a dynamic institution”, said Chellaney.